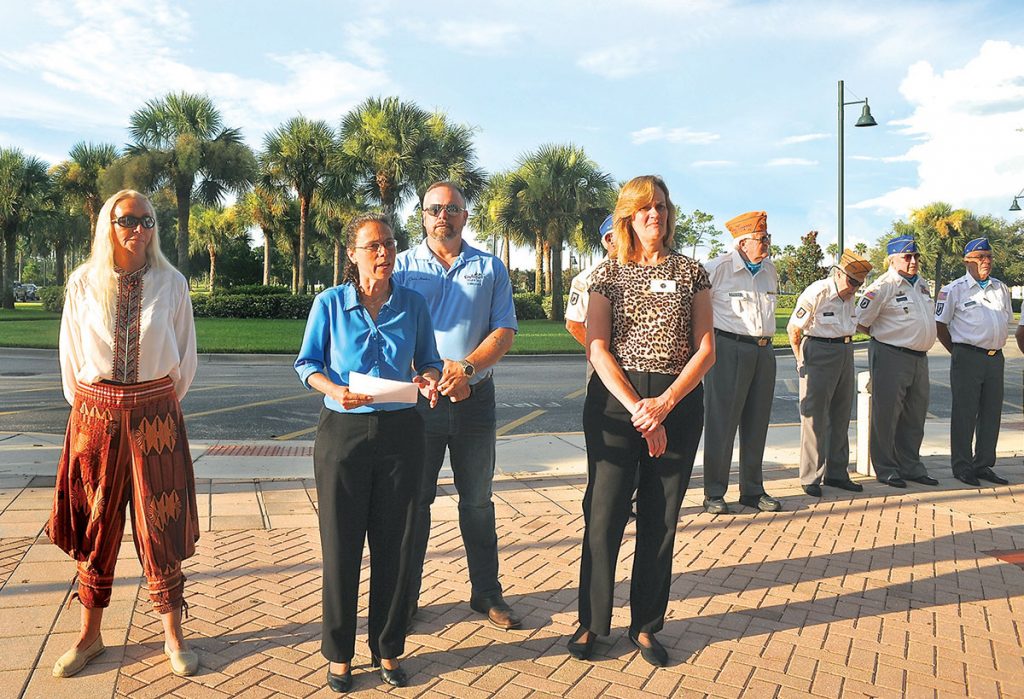 The Ukrainian American Community of Southwest Florida took part in joyful celebration of Ukraine’s 27th anniversary of independence on August 24.

Festivities began at 8 a.m. in front of North Port City Hall with the raising of the American and Ukrainian flags by the U.S. Marines and Ukrainian American Veterans. The singing of both national anthems was led by Lieda Boyko. North Port Vice-Mayor Linda Yates, accompanied by Mayor Vanessa Carusone and Commissioners Christopher Hanks and Jil Luke, read the proclamation designating August 24, 2018, as the 27th anniversary of Ukrainian Independence Day.

Lesia Popel, president of Ukrainian National Women’s League of America Branch 56, thanked the mayor and commissioners, and invited all present to a celebratory breakfast at St. Andrew’s Ukrainian Religious and Cultural Center (known as Oseredok) in North Port.

Special thanks were expressed to members of the community committee for organizing this event, especially to Daria and Gene Tomashosky, Nancy Wosny, Ms. Popel, Ms. Boyko and Bohdan Bodnaruk.