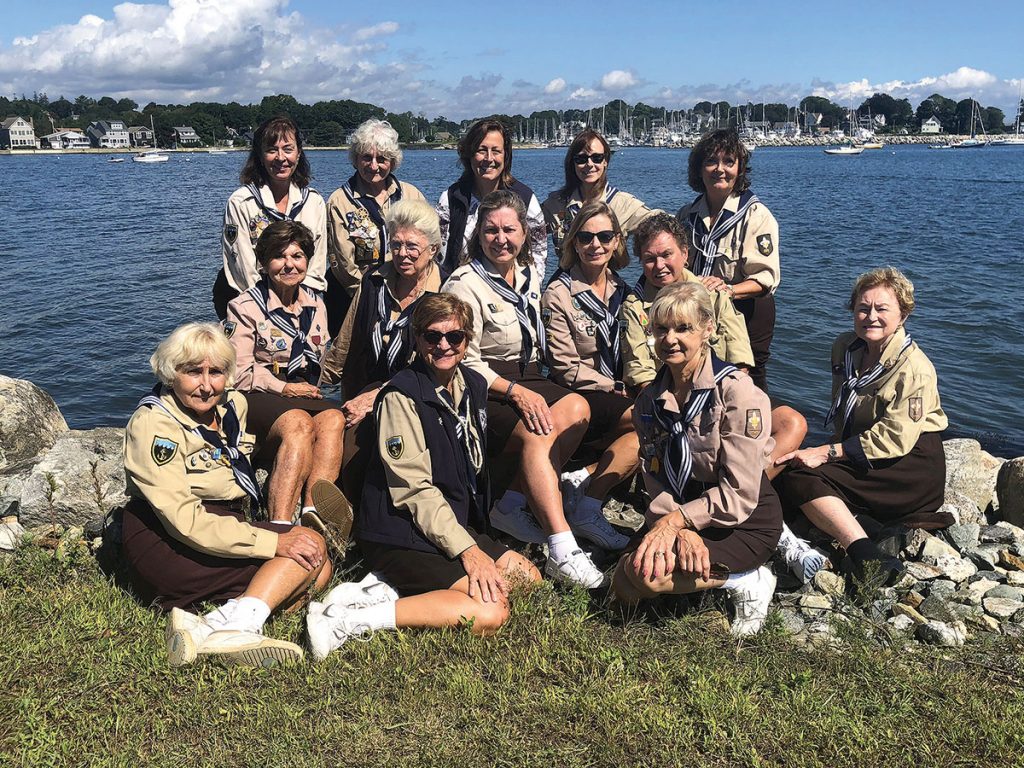 GROTON, Conn. – Members of Plast Ukrainian Scouting Organization’s senior sorority of Chornomorski Khvyli attended their 13th conference, which was held by the sea in Groton, Conn. The conference, which is held every two years, took place on September 14-16, and was attended by zaloha (branch) members from New York, New Jersey, Massachusetts and Connecticut.

The primary goal of Chornomorski Khvyli is to acquaint and inform others about the traditions and specifics of Ukrainian sea scouting. Two of the traditional greetings used by the members are “Ahoy” and “Fair winds” (Dobroho vitru).

The officers read their biennial reports, which were discussed and accepted. Since 2018 is the 100th anniversary of the raising of the Ukrainian flag by the Black Sea Fleet and Plast has dedicated this year to Ukrainian sea scouting to commemorate this important historical event, the various celebratory events were reviewed and discussed.

During the conference, the members experienced a first for the Chornomorski Khvyli. The sorority approved the first zaloha of senior members from Ukraine with the name of “Ozero Nesamovyte.” Members of the new branch participated in the conference via Skype.

This year the sorority had the privilege of accepting a new candidate. The Khvyli welcomed their new member with a traditional ceremony at the water’s edge, thereby ending the conference in an atmosphere of fun, laughter, companionship and sand between their toes.