The 27th Anniversary of Ukraine’s Independence – Allentown and Bethlehem, Pa. 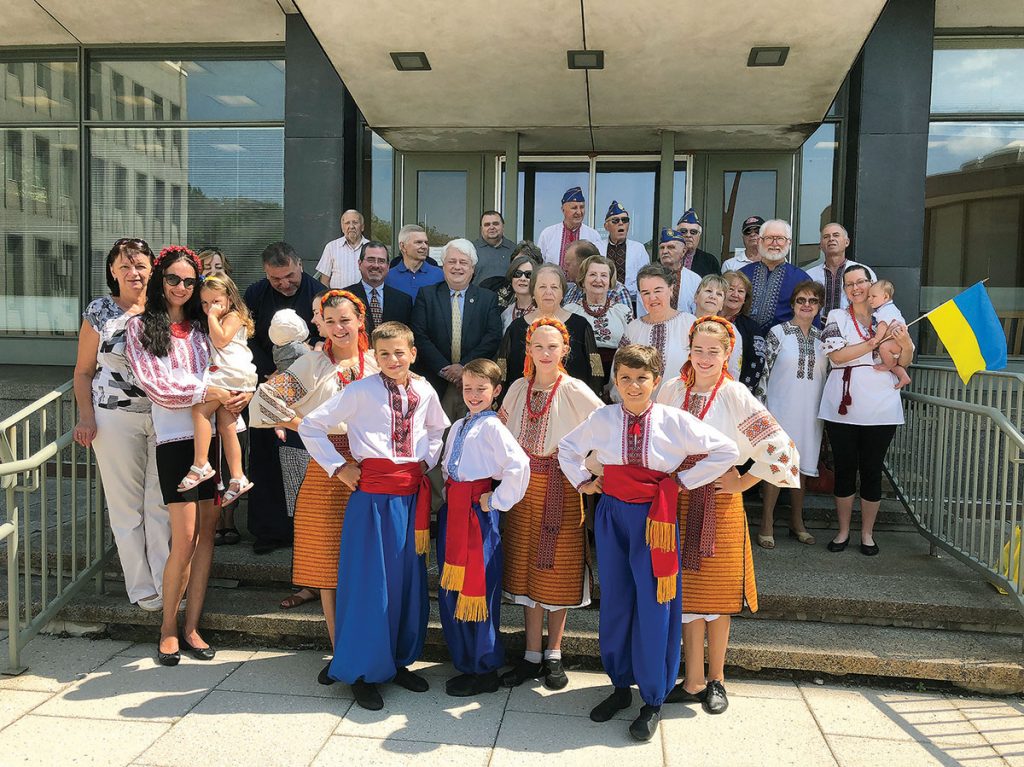 In two separate ceremonies, Ukrainian Americans in the Lehigh Valley gathered at Allentown and Bethlehem city halls on August 24 for the raising of the Ukrainian flag and the reading of proclamations of Ukrainian Independence Day.

Jaroslaw Chorwat led the event at Allentown City Hall and provided the keynote address. Viktor Litkewycz, a member of the Ukrainian American Veterans of the Lehigh Valley, raised the Ukrainian flag, and Mayor Ray O’Connell presented the proclamation from the city of Allentown.

Mistress of ceremonies Oksana Kipa opened Bethlehem’s program, which began with the raising of the American and Ukrainian flags by Oleh Balaziuk and Mr. Litkewycz. This was followed by the opening prayer offered by Father Daniel Troyan of Holy Ghost Ukrainian Catholic Church in Easton, Pa.

A delightful addition to the program was the performance by the St. Mary’s Dance Group led by Walter Milinichik. Father Troyan ended the program with a prayer for the Ukrainian nation. Bethlehem’s Branch 91 of the Ukrainian National Women’s League of America was the sponsor of the program.