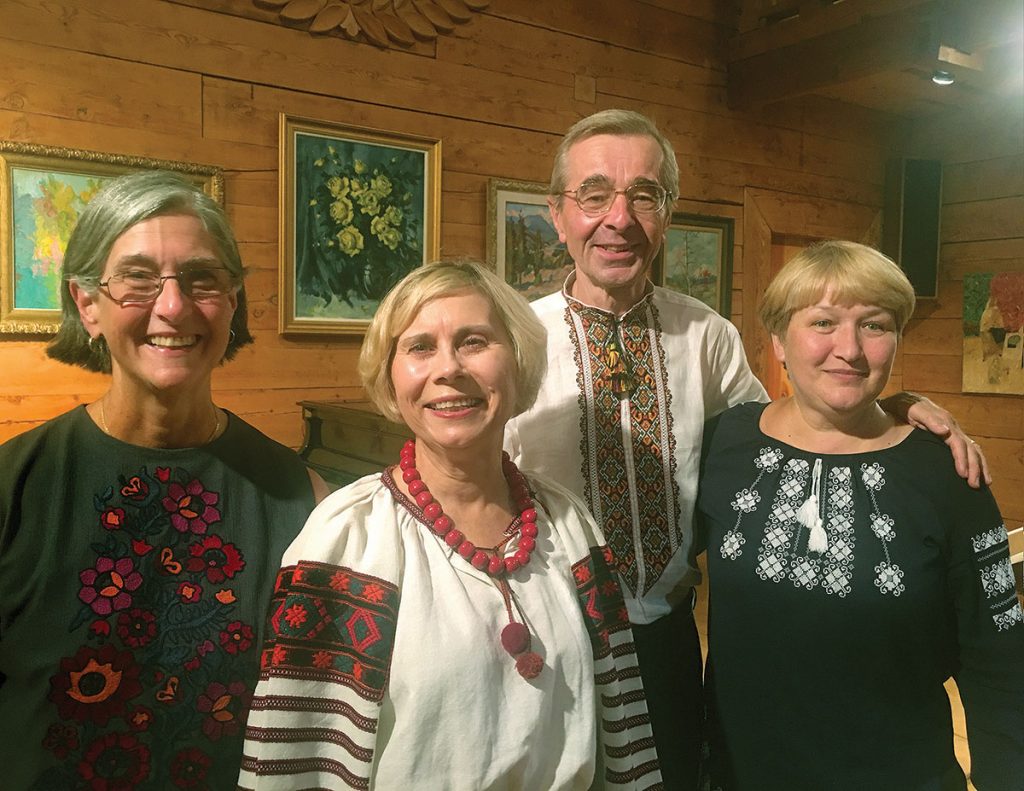 The Ukrainian community of Hunter, N.Y., celebrated Ukraine’s 27th Independence Day with a program, “Tribute to the Renewal of Ukraine’s Independence.” The event was sponsored by St. John Ukrainian Catholic Church on Sunday, August 26, and took place in the Grazhda, the parish exhibition hall.

Dr. Irene Sawchyn Doll, as emcee, elaborated in her welcoming statement that the word “Renewal” was in the concert title because this year was not only the 27th anniversary of the independence of Ukraine from the Soviet bloc, but that 2018 also marks the 100th anniversary of the first declaration of Ukraine’s independence in modern times, when on January 22, 1918, the Ukrainian National Republic (UNR) courageously issued the Fourth Universal, followed by the Western UNR’s declaration of independence on November 1, 1918. The UNR and WUNR joined together in 1919 to create one sovereign and independent state of Ukraine.

The program was opened by Father Volodymyr Pisio, who led the audience in prayer for all the fallen heroes, past and present, who died fighting for independence for Ukraine. In keeping with the theme of the program, the two speakers invited by Dr. Sawchyn Doll spoke on topics related to the period of 1917-1920.

Dr. Orest Kebalo presented a historical overview of the key events in Ukraine before and after 1918. His review served as an introduction for the keynote presentation by Dr. Martha Kichorowska Kebalo, who is the main representative of the World Federation of Ukrainian Women’s Organizations at the United Nations Economic and Social Council.

Dr. Kichorowska Kebalo discussed the efforts of Ukrainian women in the North American diaspora before and after World War I to organize themselves into activist women’s groups, not only for self-actualization as women but also to help Ukraine in its struggle for independence. The culmination of these efforts led to the formation of the Ukrainian National Women’s League of America in 1925.

The cultural highlight of the program was Vira Pavlishyn’s masterful recitation of two poems, the first by Ukrainian poet laureate Lina Kostenko, and the second written by Ukrainian poet and musician Oksana Lykhovyd (1944-2014). The concert concluded with the audience’s choral rendition of “O Ukraino,” a patriotic song from the World War I era.

The attendees received the program with great interest and enthusiasm. Many stayed for further discussions with the presenters, and for coffee and sweets that were kindly arranged by Melania Serbay and Yara Litosch.