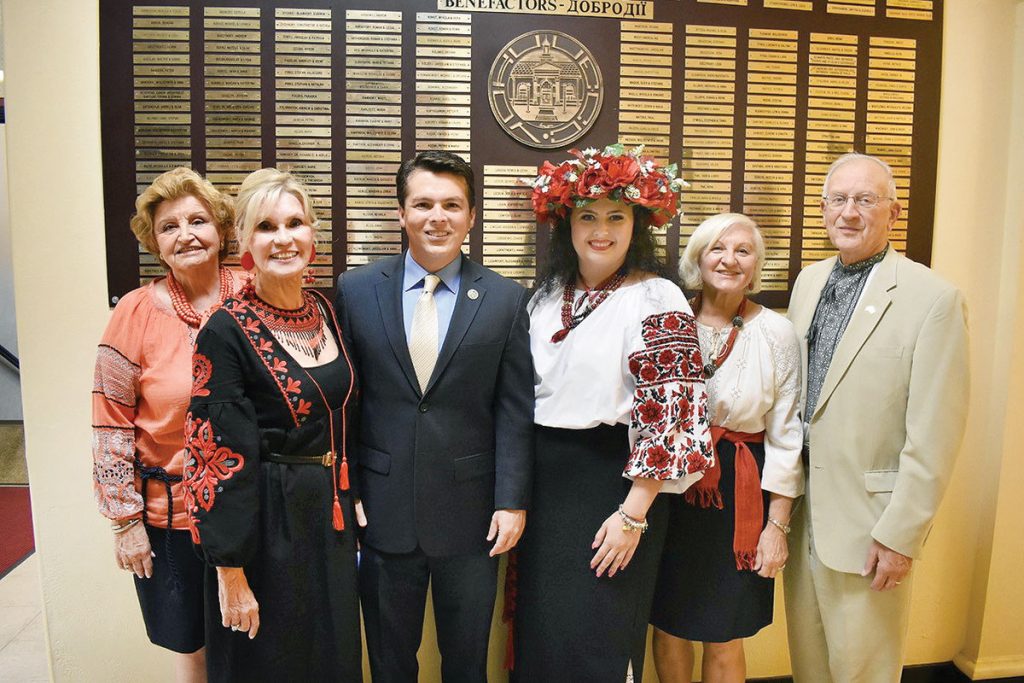 A commemorative concert to celebrate the independence of Ukraine was held Friday, August 24, at the Ukrainian Educational and Cultural Center in Jenkintown, Pa., a suburb of Philadelphia. The beautiful, well-attended concert was organized by the Ukrainian Community Committee comprising 27 organizations that is empowered to organize large community events.

The concert was opened by the head of the committee, Ulana Mazurkevich, who, flanked by representatives of Ukrainian youth organizations, greeted the attendees with the traditional “Slava Ukraini,” or “Glory to Ukraine.”

Ms. Mazurkevich called for a moment of silence for the thousands who died in protecting Ukraine’s independence. Following the moment of silence, the audience, led by Yuliya Stupen, joined in the singing of the American national anthem and then the Ukrainian national anthem led by the bandurists Shabli Kobzariv. The Act of Declaration of the Independence of Ukraine was read by Roman Dubenko.

After the formal part of the concert, Halyna Bodnar and Ms. Stupen on the bandura raised their voices in song performing Vasyl Symonenko’s “My Son” set to music and Z. Kopchyk’s “My Dear Ukraine.”

The concert attendees were able to welcome two very strong supporters of Ukraine, Democratic Congressman Brendan Boyle and Republican Congressman Brian Fitzpatrick, who both are members of the House of Representatives Foreign Affairs Committee and the Congressional Ukrainian Caucus. Both congressmen delivered very strong remarks supportive of Ukraine that were greeted with loud applause.

The children’s choir Soloveiky of Our Ukrainian Heritage School, under the artistic directorship of Ms. Bodnar and accompanied on piano by Luba Shchuyko, delighted the audience.

The highlight of the concert was the husband and wife piano duo of Dmitri and Anna Shelest. Their rendition of Mykola Lysenko’s overture to the opera “Taras Bulba,” which was arranged for piano for four hands by Lev Revutsky, elicited a standing ovation.

The male choir Prometheus, under the baton of Roman Kucharsky and accompanied on piano by Irene Zwarych, performed to thunderous applause. The audience would not let Prometheus leave the stage, clapping for more songs, which the choir happily delivered.

The closing prayers were intoned by the Rev. Taras Naumenko, pastor of St. Vladimir Ukrainian Orthodox Church. After the prayer, everyone joined Prometheus in singing the prayer “Bozhe Velykyi” and “God Bless America.”