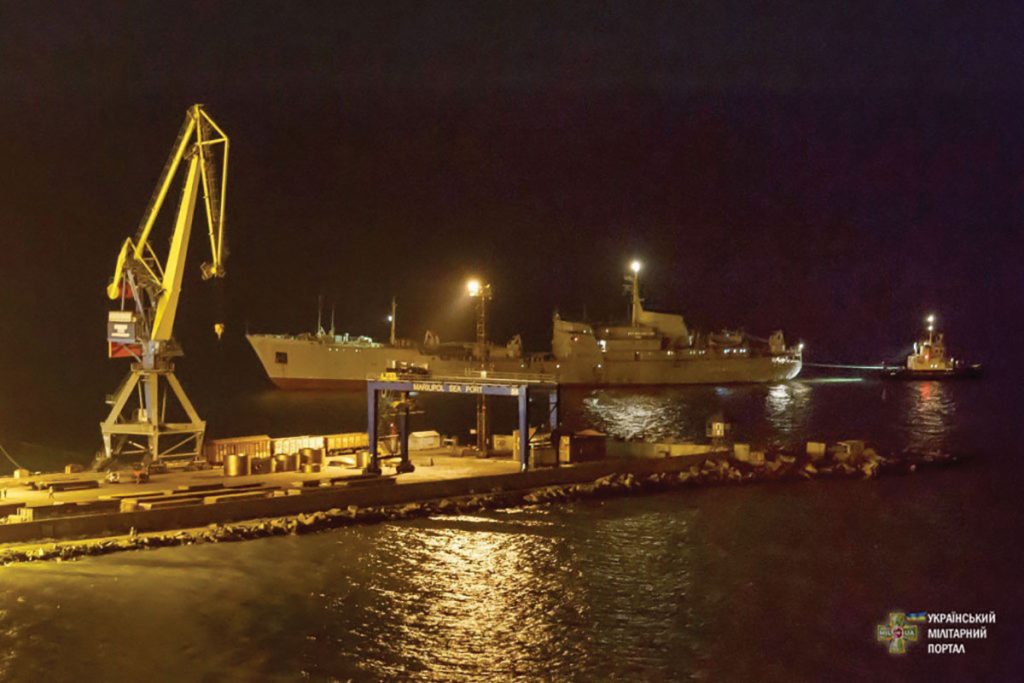 Ukrainian Military Portal
The Ukrainian naval vessel Donbas in the port of Mariupol in the evening of September 24.

Ukraine is going to create a naval base in the Sea of Azov amid tensions with Russia in the region. On September 23 the Ukrainian Navy deployed two naval auxiliary vessels to the Sea of Azov. The event could have been routine if only the Kerch Strait had not been occupied by Russia since spring 2014 and the Kerch Strait Bridge had not been completed in early 2018. Since May of this year, Russia has been illegally detaining and inspecting ships passing between the Black and Azov seas.

The passage of the Ukrainian ships became a headache for Russia since it claims the adjacent waters in occupied Crimea are Russian, while the rest of the world considers them Ukrainian.

The two ships examined how far Russia will go. Russia chose to do nothing.

Ukrainians brace for difficult winter, as Kyiv continues to regain ground on the battlefield

Having lived in Ukraine for 17 years, Ukrainian American recounts life during war