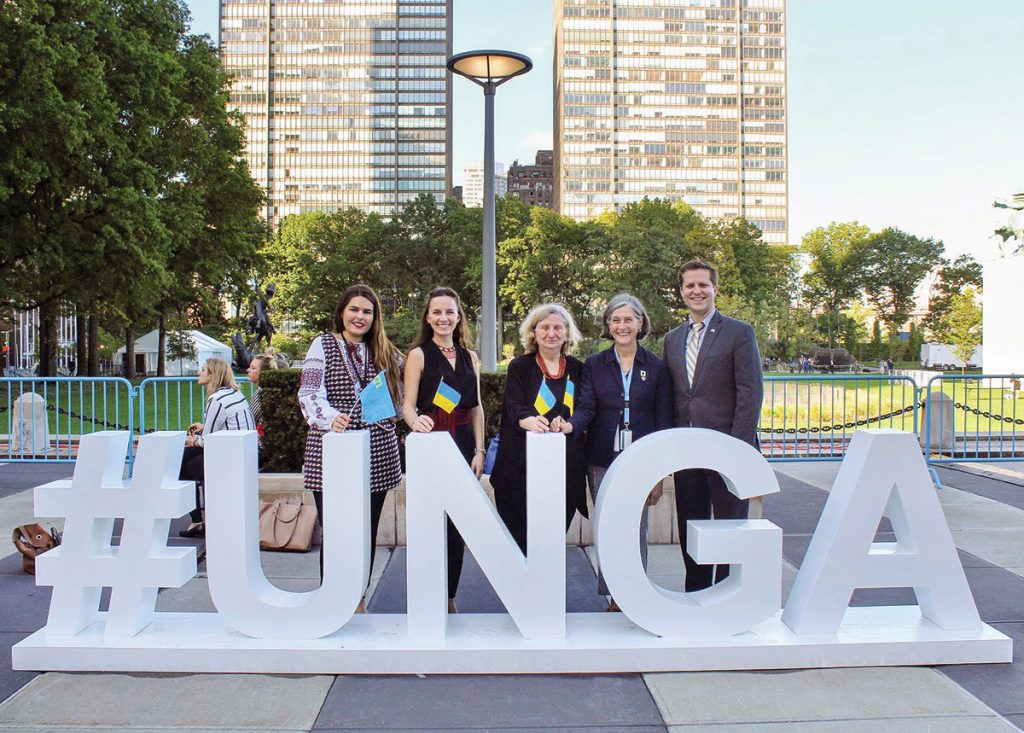 UNITED NATIONS – On Wednesday, September 26, 2018, a small delegation of Ukrainian-Americans attended the General Debate of the 73rd session of the United Nations General Assembly. Invited as guests of the government of Ukraine, these community representatives were able to sit in the gilded General Assembly Hall at United Nations Headquarters to hear the addresses given by President Jorge Carlos Fonseca of Cabo Verde, King Mswati III of eSwatini (the new name for Swaziland) and President Petro Poroshenko of Ukraine.

During his remarks, President Poroshen-ko addressed the “85th Anniversary of the crime of Holodomor,” noting the “several millions of lives lost” and renewing Ukraine’s appeal to the world to adopt a dedicated declaration acknowledging the Holodomor as a genocide. The names of both Volodymyr Balukh and Oleg Sentsov were invoked by President Poroshenko as among “the list of hostages and victims of the Russian occupation regime” in Ukraine, noting that “the Ukrainian and Crimean Tatar identities seem to be a criminal offence in today’s reality of the occupied [Crimean] peninsula.”