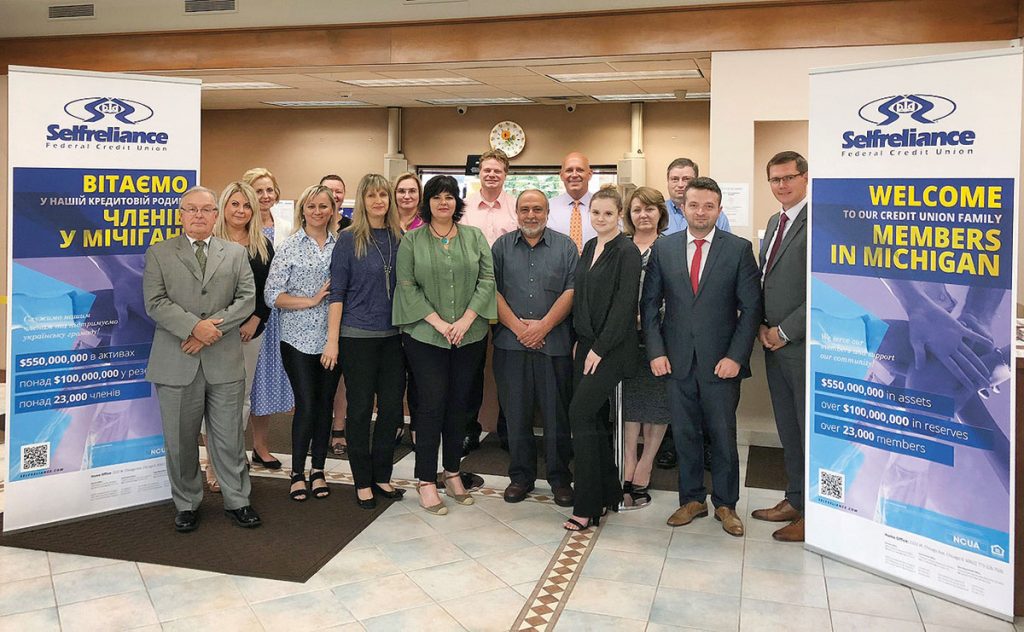 President/CEO Bohdan Watral assured new members that they as individuals and their community as a whole will prosper as part of the Selfreliance family.

Selfreliance Ukrainian American Federal Credit Union was chartered in 1951 to provide services to its members and assist the communities it serves. Over the years Selfreliance has grown and prospered, expanding the range of services it provides, the number of branches it operates and the hours it is accessible.

The credit union prides itself on having assisted in funding the construction of churches, community centers and museums, helping Ukrainian youth organizations and schools, and remaining true to its commitment of “people helping people.”

A member-owned, cooperative financial institution, Selfreliance implements the newest technological advances for the convenience of its 23,000 members. Its assets exceed $550 million, with reserves of over $100 million.

For more information about Selfreliance Federal Credit Union, readers may go to www.selfreliance.com.