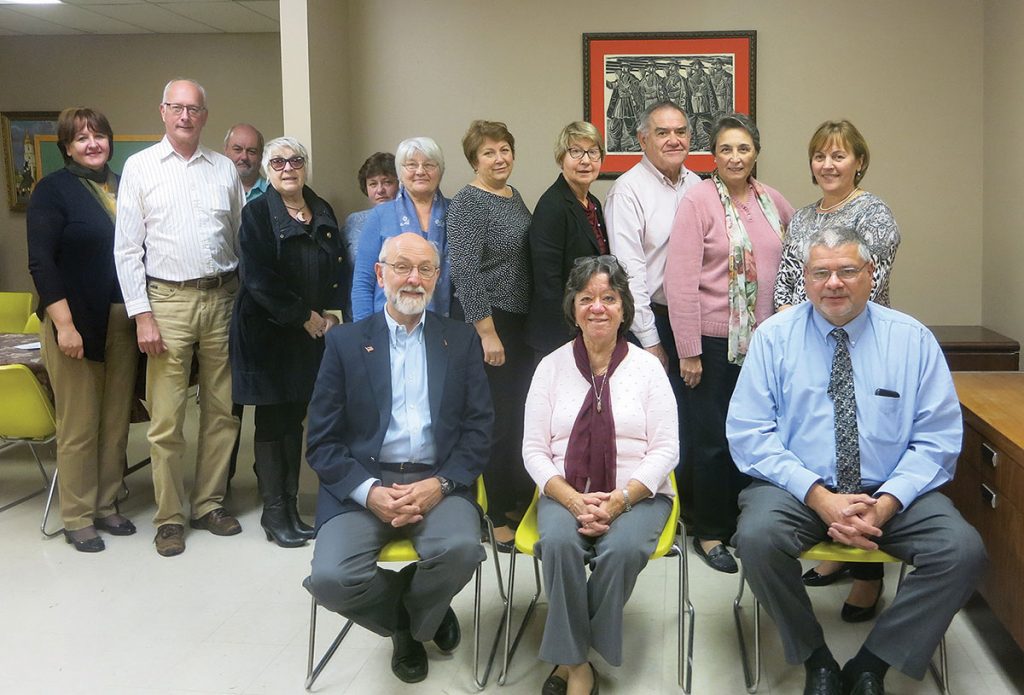 The meeting was led by District Chair Oksana Stanko, who is also a newly elected UNA advisor. The minutes were recorded by George Stanko, who also read the minutes from the district’s previous organizing meeting held in November 2017.

Ms. Stanko delivered a report on the district’s organizing activity and various aspects of UNA participation in community events in New Jersey.

She noted that during the first nine months of 2018, the district was responsible for the sales of 15 new policies, for a total face value of $358,000. She thanked all the branch secretaries and organizers for their contributions and encouraged them to continue their fine work. She also cited the work of the UNA’s licensed agents who sold 13 annuities in the New Jersey District.

Mr. Kolinsky then spoke about his work as the UNA’s national organizer, which included visits to Detroit, Cleveland, Pittsburgh, Philadelphia and other cities, as well as an upcoming visit to Florida, where he will be working with UNA Advisors Bohdana Puzyk and Olya Czerkas.

He reported that he is trying to distribute information about the UNA at parishes and schools, and to make local branch secretaries known to their communities. Mr. Kolinsky also noted that some districts are organizing events to mark the UNA’s upcoming 125th anniversary (in 2019), as well as the anniversaries of Svoboda and The Ukrainian Weekly, respectively, their 125th and 85th (both in 2018).

Meeting participants discussed how to promote the UNA and its products, and how to assist in celebrations of the UNA anniversary, especially since the major anniversary event will be taking place in New Jersey in the fall of 2019.