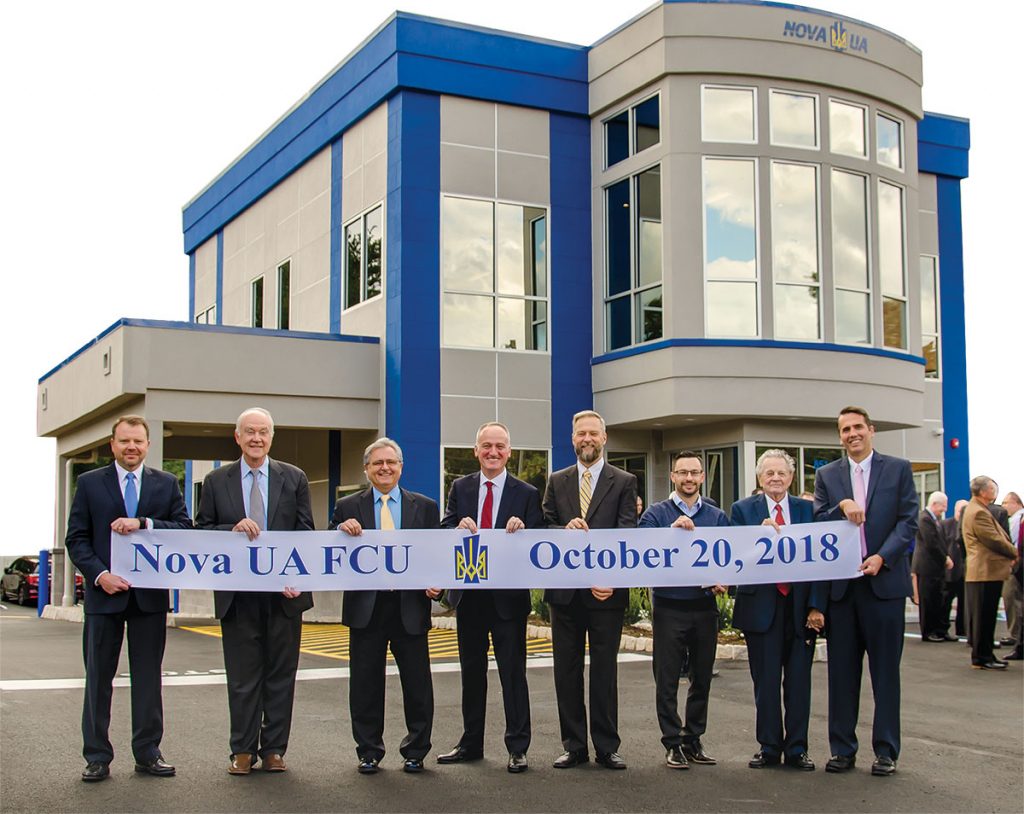 CLIFTON, N.J. – Nova UA Federal Credit Union held a ribbon cutting ceremony on October 20 to celebrate the completed construction of its main facility at 851 Allwood Road, in Clifton, N.J. That event was followed on November 3 with a blessing of the building – a community celebration to mark the grand opening.

At the core of the name “Nova” is the concept of innovation – the process of meeting new challenges with new approaches. And in Latin, as well as in Ukrainian, the word “nova” simply means new.

“We understood that to maintain our service to our members, the credit union needed to expand not only our physical location, but the way we do business overall,” said CEO Val Bogattchouk. “With our rapid growth and the increasing demand for mobile banking and online services, we remain committed to the credit union philosophy of people helping people, being owned by our members and serving our community.”

Rates offered by the credit union for IRAs and CDs are the highest in the region, and Mr. Bogattchouk said, while personal service remains at its core, mobile banking is just a click away.

In short, he added, Nova has grown and become “The New Way to Do Your Banking.”

Established in 1959 to serve the Ukrainian American community, the credit union officially opened in January 1960 as Self Reliance (Passaic, N.J.) Federal Credit Union in a rented room within the Ukrainian National Home on Hope Avenue in Passaic.

“We had zero assets,” stated Mr. Bogattchouk. “There were no investors. People became members and deposited $5 and $10. As our assets grew we began making small loans for cars and home improvements… then mortgages.”

Led by a board of directors that purchased its present location at 851 Allwood Road in 1989, the credit union’s charter was changed shortly afterwards to allow anyone who works, lives, worships or attends school in Passaic County to join. To find out more, readers may go to novafcu.com or visit the credit union’s main office at 851 Allwood Road or its branch at 237 Dayton Ave.