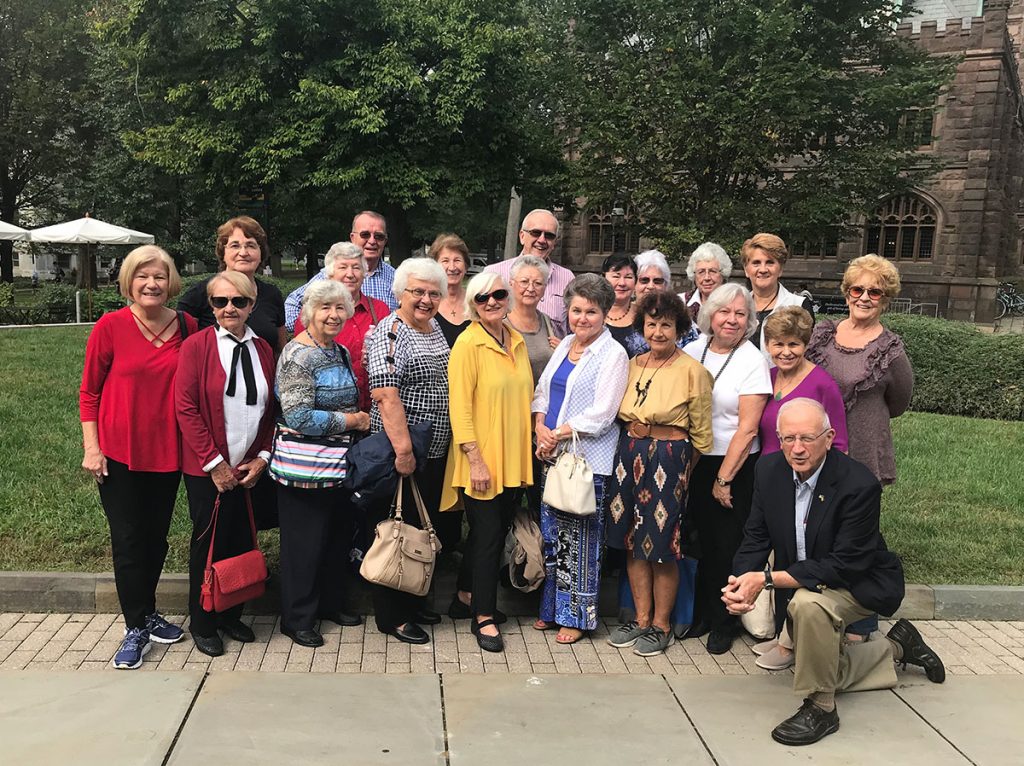 JENKINTOWN, Pa. – Philadelphia members of the Ukrainian American Senior Citizens Association (UASCA), who meet monthly at the Ukrainian Educational and Cultural Center, refuse to sit around and do nothing during their Golden Years, which usually refers to the time after age 65 or retirement from work. They like to go on various excursions, exploring and learning about new things and expanding their minds and spirits in many ways.

On October 9, a sunny and glorious day, the seniors visited the Princeton University Art Museum, which houses more than 100,000 works in all media and is free to the public. An hour-long docent-led tour included highlights from exhibits in some of the various galleries: Greek, Roman and Egyptian, Asian, and European with a special focus on the Impressionists, as well as the Modern/Contemporary Gallery, including some works by Andy Warhol.

After the tour, the seniors had an opportunity to walk around the campus and visit the impressive Gothic-style chapel, which was rebuilt in 1924-1928 after the first one burned down, not far from the Art Museum. Walking to town, they enjoyed their camaraderie over lunch.

Some of their past trips have included touring the Twin Towers Memorial in New  York, attending various musical productions in Pennsylvania’s Lancaster County, exploring Baltimore Harbor and Fort McHenry in Maryland, experiencing an ocean cruise from New York to Nova Scotia, going to various historic Ukrainian churches in Pennsylvania, and visiting the Grounds for Sculpture Park located in Hamilton, NJ, to name just a few.

Plans for the future include a Seniors Thanksgiving Dinner and a special 35th Anniversary Celebration on November 11, a trip to St. Patrick’s Cathedral in New York on November 17 to commemorate the Holodomor and excursion to the Dutch Apple Dinner Theater in Lancaster to see “A Christmas Carol,” which will be presented on December 18. General meetings are held on the third Wednesday of every month at the UECC.