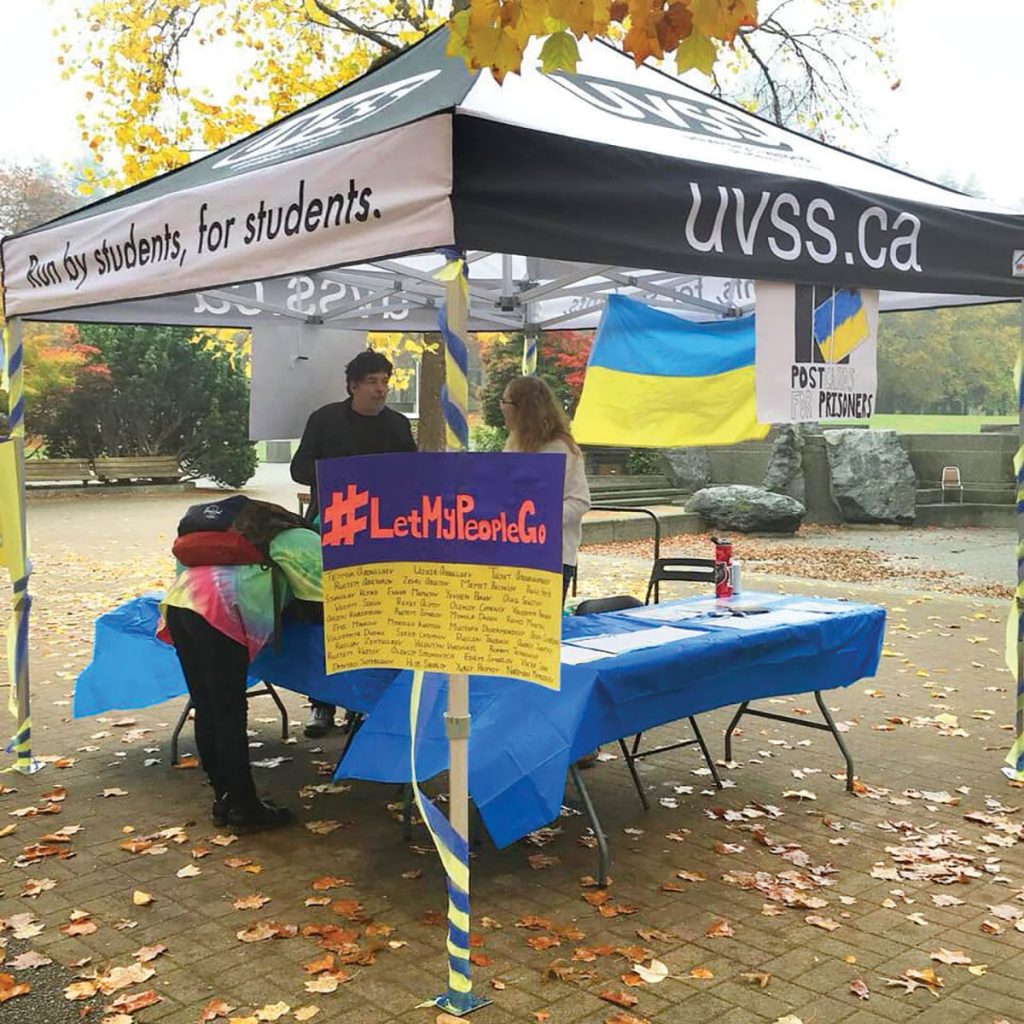 PARSIPPANY, N.J. – The Ukrainian Canadian Students’ Union (known by its Ukrainian acronym SUSK) announced in October its partnership with Postcards for Prisoners to bring awareness to the unjust actions of the Russian government through letter-writing campaigns at post-secondary institutions across Canada. By engaging post-secondary students of various programs, cities and backgrounds, SUSK aims to bring attention to the violations of human rights that are currently taking place at the hands of the Russian Federation.

The University of Victoria Ukrainian Students’ Society (UVic USS) launched the national campaign by hosting a booth on its campus in late October. The UVic USS encouraged more than 75 students to write messages of support to Ukrainian prisoners.

The campaign has allowed for open dialogue, in which young academics and students can discuss and learn on campus about Russia’s war against Ukraine and the violation of international law. It provides a platform for students to challenge the Russian government’s propaganda and disinformation efforts, while also providing support for those who are suffering first-hand from human rights violations.

SUSK, founded in 1953 and comprising more than 25 Ukrainian students’ organizations across Canada, encourages all post-secondary students to join this important movement.

Postcards for Prisoners is an activist group dedicated to raising awareness of Ukrainian prisoners unjustly incarcerated in Russian prisons and providing moral support to the prisoners with letters and postcards. To learn more, visit http://susk.ca/advocacy/postcars-for-prisoners-project/.