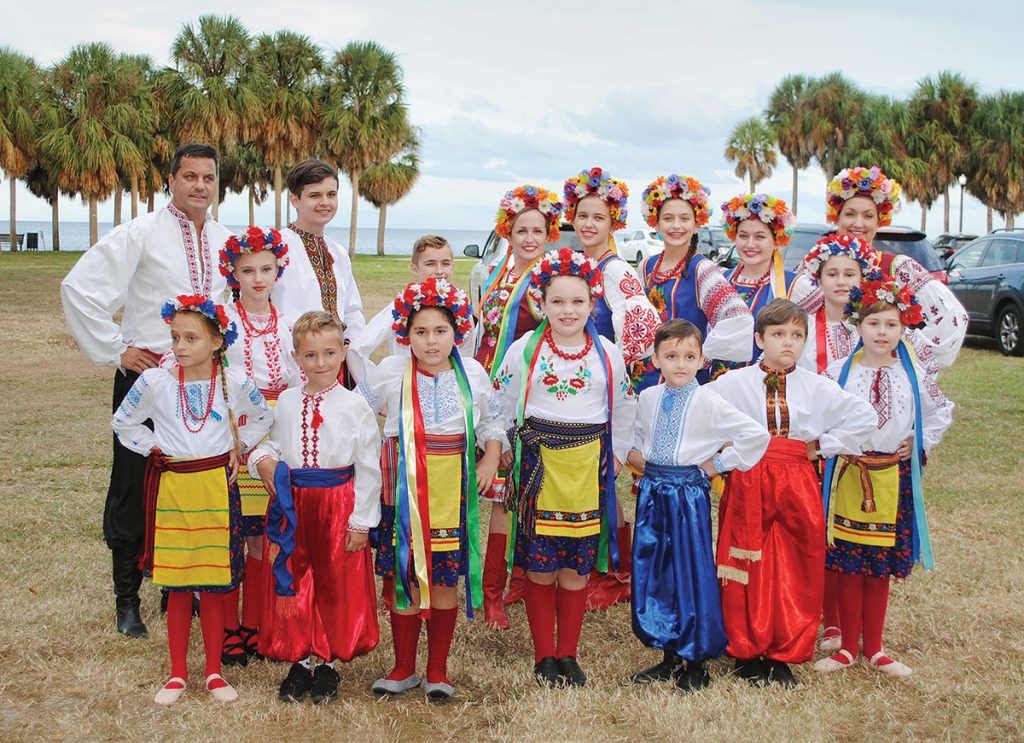 Irene Badiak
The Kalyna Dancers under the supervision of Andrij and Lena Slywka.

ST. PETERSBURG, Fla. – The Ukrainian American Club of St. Petersburg, Fla., took part in the annual St. Petersburg International Folk Festival, a four-day event held every year during the last week of October to showcase the cultural diversity of the city by displaying the heritage, culture, music, crafts and food of 40 countries in the scenic downtown Vinoy Park.

Every participating country is given a tent in which it displays its flag, its culture and its native costume, and sells ethnic foods as well as articles indigenous to the country. This year’s event took place on October 25-28.

All-day entertainment is provided on Saturday and Sunday. The Kalyna dancers from St. Petersburg danced for the public on Saturday, while the Marina troupe regaled the audience with singing, dancing and a fashion show on Sunday.

The president of the Ukrainian American Club, Marion Serna, along with the club members, take great pride in showcasing the Ukrainian heritage and stress the need to represent Ukraine at such well-attended events, especially outside of the Ukrainian “hromada.”