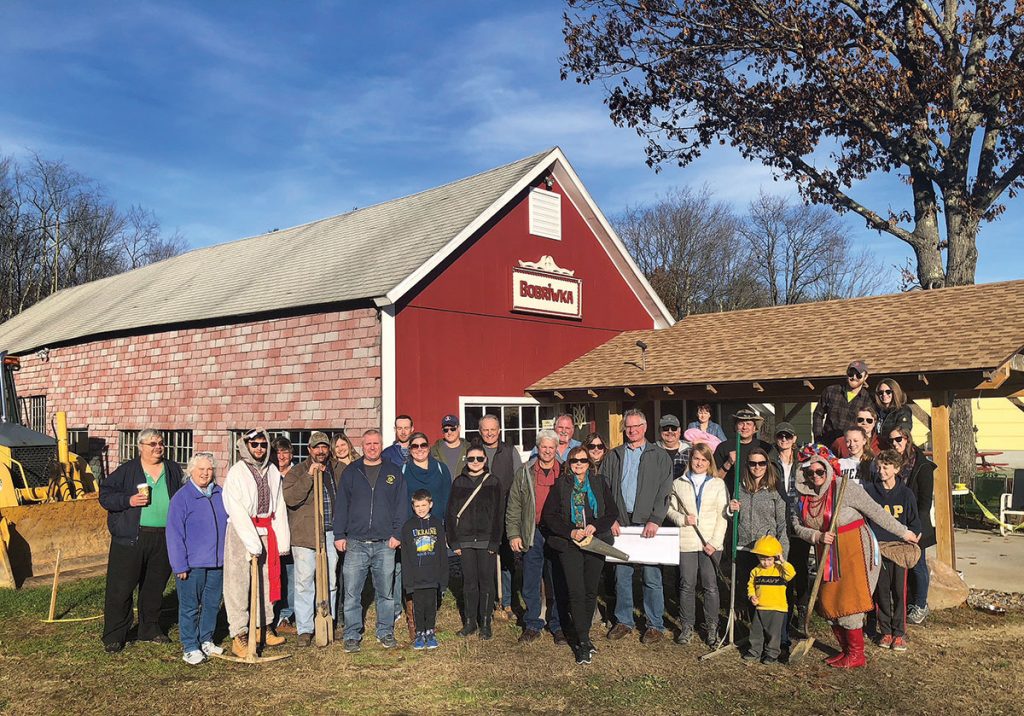 At this meeting, new officers were elected for the 2018-2020  term and had a ceremonial groundbreaking for the members’ most ambitious project to date – the 1,500-square-foot expansion of the mess hall.

The addition, which is needed to accommodate two of Bobriwka’s growing Ukrainian groups – a music workshop called Bandura at Bobriwka Reunion and the Orlando Pagan School of Ukrainian Dance Workshop – will contain an expanded seating area and a raised stage.

“This project will be Bobriwka’s largest capital improvement, since our forefathers purchased the land in the early 1950s,” said Andy Kebalo, Bobriwka shareholders’ president. “It will not only benefit our yearly returning clientele, but will make our facility more attractive for other functions, such as weddings.” Mr. Kebalo added, “Bobriwka, which was at one time on the brink of bankruptcy has rebounded and its best days are yet to come.”

After the ground-breaking ceremony, members were invited to a  pot-luck dinner.  More information about Bobriwka, its rentals and mess hall expansion can be found by visting www.bobriwka.com.