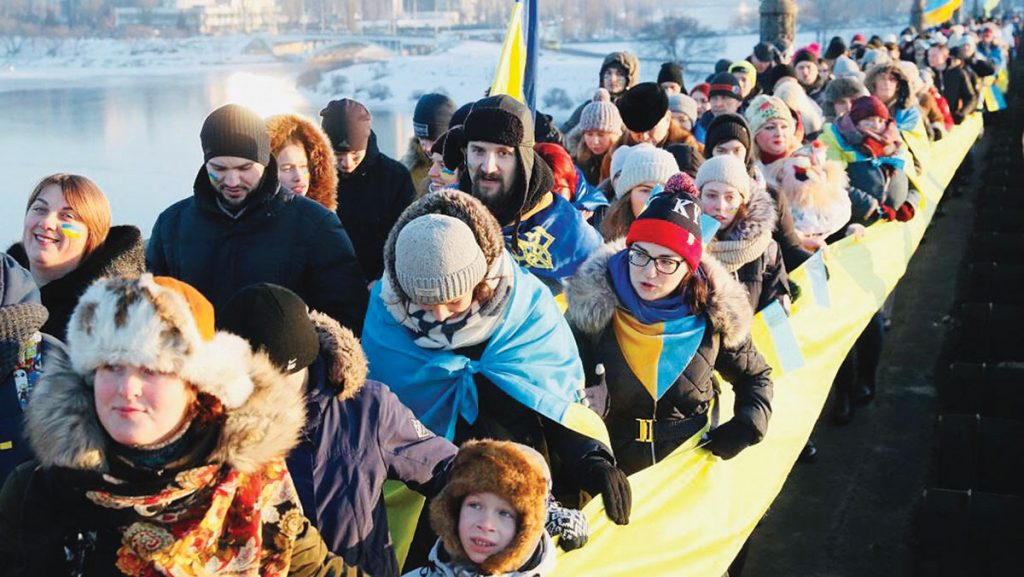 KYIV – A human chain forms along Kyiv’s Paton Bridge over the Dnipro River on January 22 to symbolically mark the 100th anniversary of Unity Day, when the Ukrainian National Republic and the Western Ukrainian National Republic united into one independent Ukrainian state in 1919. Numerous events in Ukraine’s capital and throughout the country are held to commemorate the historic unification of eastern and western Ukrainian lands in the aftermath of World War I. Such human chains across the Kyiv bridge have become a tradition on Unity Day, which became a national holiday in 1991. The first human chain symbolizing Ukraine’s unity was formed on January 21, 1990, when 450,000 people united the cities of Ivano-Frankivsk, Lviv and Kyiv.

Ukrainians brace for difficult winter, as Kyiv continues to regain ground on the battlefield

Having lived in Ukraine for 17 years, Ukrainian American recounts life during war