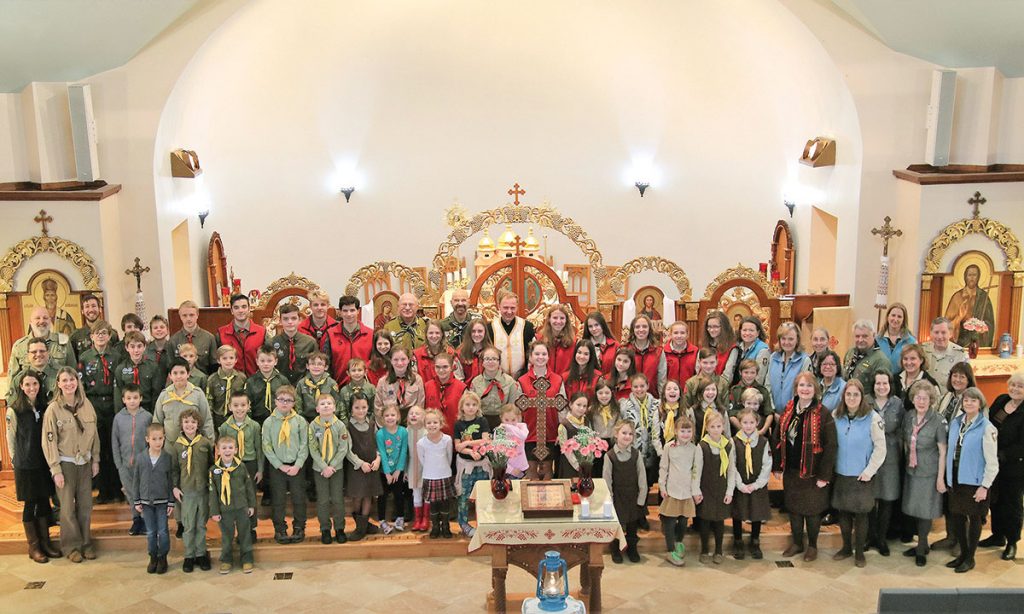 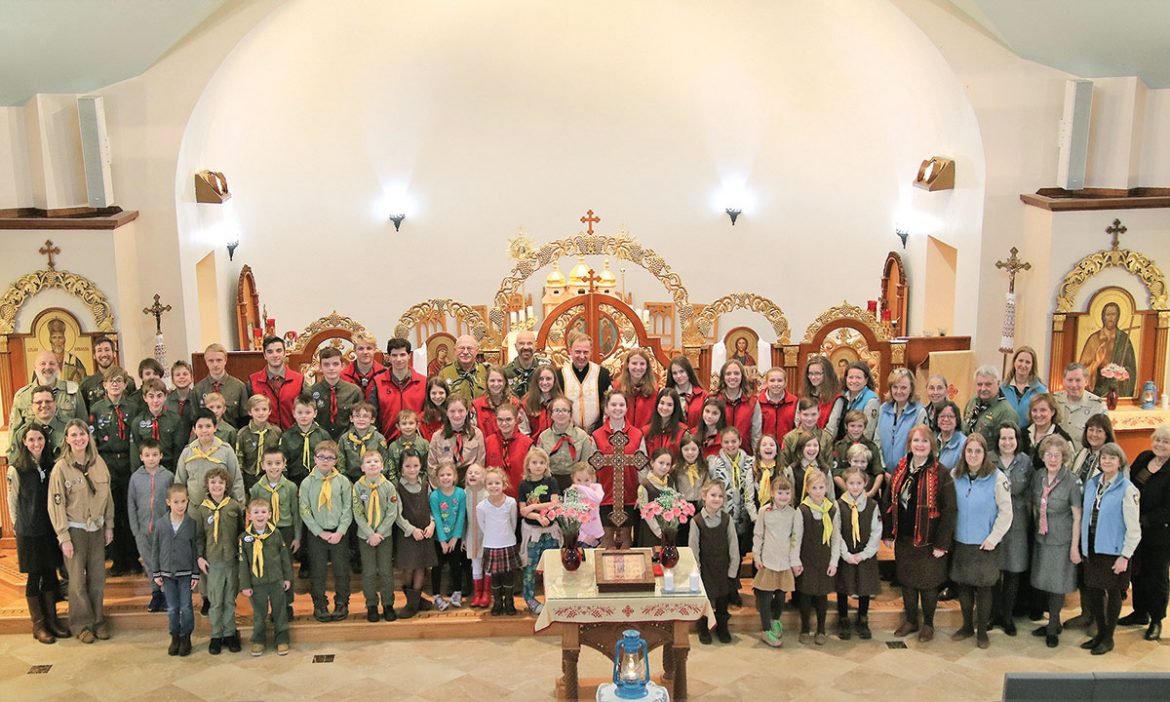 WHIPPANY, N.J. – The Bethlehem Peace Light was shared with members of Plast Ukrainian Scouting Organization, the local Ukrainian community, and Polish and American scouts on Saturday, December 8, 2018, here at St. John the Baptist Ukrainian Catholic Church. The sharing of the Peace Light is an annual ceremony organized by the Plast sorority “Ti, Shcho Hrebli Rvut,” which has been charged with this assignment by the National Board of Directors of Plast U.S.A. A symbol of peace, love and hope, the Bethlehem Peace Light is brought every year from Jesus Christ’s birthplace to Vienna and then to the United States aboard a special flight by Austrian Airlines to John F. Kennedy International Airport. Members of the Plast sorority brought the flame from JFK Airport in New York to Whippany. They also coordinate distribution of the light to Plast branches throughout the country. During the ceremony in St. John’s Church, scouts from the Newark N.J., branch of Plast (which is now based in Whippany) sang the beautiful “Bethlehem Peace Light Song” written by Solomiya Keyvan, a Plast member from Ukraine. Seen above are participants of the ceremony, including the Rev. Stepan Bilyk, pastor of St. John’s, and George Huk, chair/chief corporate officer of Plast U.S.A.