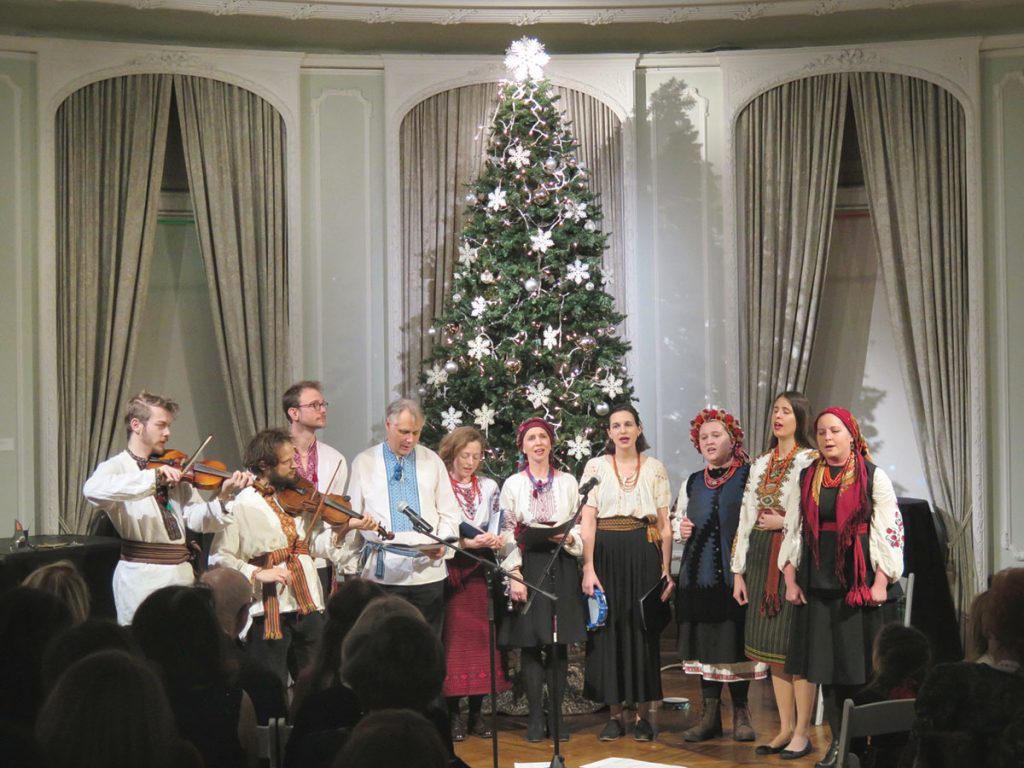 The evening began with warm greetings provided by UESA New York City board member Ivan Durbak. It was followed by a musical program provided by Ukrainian Village Voices. Ukrainian Village Voices is a culturally diverse group of folk singers based in New York City, uniting members of the Ukrainian and larger folk music communities. The group sings in the polyphonic village style, and its repertoire is constantly evolving, frequently focusing on seasonal celebrations, ritual songs as well as lyrical music.

After about an hour-long performance of traditional Ukrainian Christmas Carols and authentic yuletide songs from the villages of Ukraine the first act was concluded. This was followed by words from the president of the New York City Chapter of the Ukrainian Engineers’ Society of America, Marco Shmerykowsky.

Mr. Shmerykowsky thanked both the evening’s guests and the sponsoring organizations. He also took the opportunity to note that UESA is embarking on a concentrated effort to update its membership lists and create a new online presence that will allow and foster communication between its members, the various UESA chapters and the national board. The new website is now online at uesa.wildapricot.org.

After the closing remarks were concluded, the evening’s guests were invited to enjoy the hors d’oeuvres and refreshments. The food was once again catered by Lisa Krawec of the Yonkers Miasarnia. The Krawec family has been preparing excellent and varied menus for various New York City UESA Chapter events for many years. As always, the feast was greatly enjoyed by all in attendance.

After a short intermission period, the members of Ukrainian Village Voices returned to provided additional entertainment.

As the night continued, the Ukrainian Institute’s hall continued to fill up as professionals, young and old, arrived together with their family and friends. New friendships and connections were made, and old ones were reinvigorated.