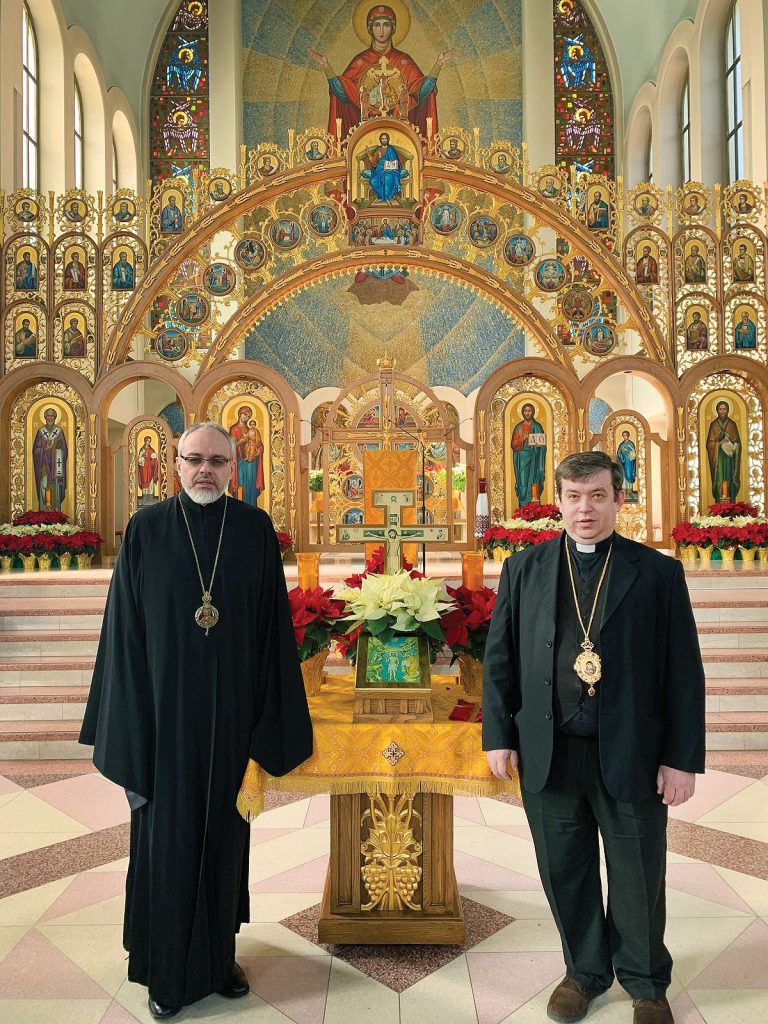 PHILADELPHIA – At the invitation of Bishop Andriy Rabiy, apostolic administrator of the Ukrainian Catholic Archeparchy of Philadelphia, Archbishop Daniel of the Ukrainian Orthodox Church of the U.S.A. paid a visit to the Chancery Offices in Philadelphia on Wednesday, January 23.

During the cordial ecumenical meeting, the hierarchs of the Ukrainian Orthodox and Ukrainian Catholic Churches in the United States discussed a number of pastoral issues pertaining to the life of the greater Ukrainian American community and in particular to the parishes of both Churches. Bishop Andriy introduced Archbishop Daniel to the staff of the Chancery and both hierarchs paid a visit to the main cathedral of the Archeparchy in Philadelphia.

Later in the day, Archbishop Daniel, accompanied by the Rev. Vasyl Pasakas, shared with Bishop Andriy a brief reflection on the process of granting a Tomos of autocephaly to the Orthodox Church of Ukraine by the Ecumenical Patriarchate of Constantinople.

The hierarchs presented each other with gifts, representing the historic and pastoral mission of both ecclesiastical bodies.

Prior to his departure, Archbishop Daniel, speaking on behalf of Metropolitan Antony, the primate of the Ukrainian Orthodox Church of the U.S.A., invited Bishop Andriy to formally visit the spiritual center of the UOC-U.S.A. in South Bound Brook, N.J.