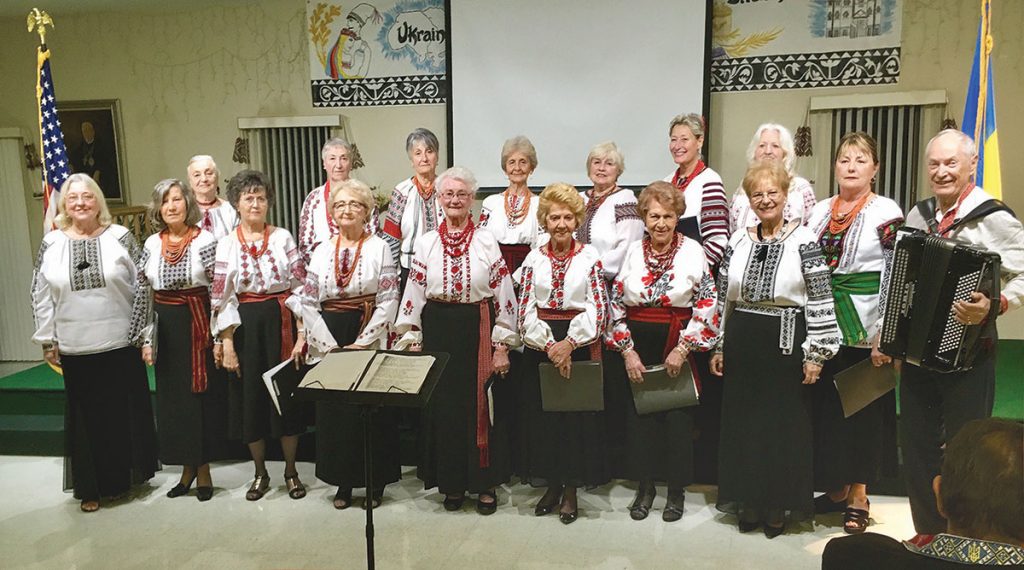 Taking part in the commemoration were Ukrainian American Veterans headed by Ihor Hron, commander of Post 40.

After a brief introduction by the president of the United Ukrainian American Organizations of Southwest Florida, Prof. Vira Bodnaruk, participants of the program were introduced by Lida Jachnycky.

A historical overview of events that led to the unification of Ukrainian lands into one independent state was given by Nestor Olesnycky. A video illustrating those historical moments was shown by Victor Lisnyczyj.

Poems celebrating the Act of Union of 1919 were read by Olia Babchuk, Lesia Popel and Olia Hron. The Women’s Ensemble led by Anna Marianni with accompaniment by Vlad Szpiczka sang three songs glorifying the Ukrainian Sich Riflemen, heroes of 1918-1919.

Special thanks were expressed to the members of the United Ukrainian American Organizations for organizing a successful event.