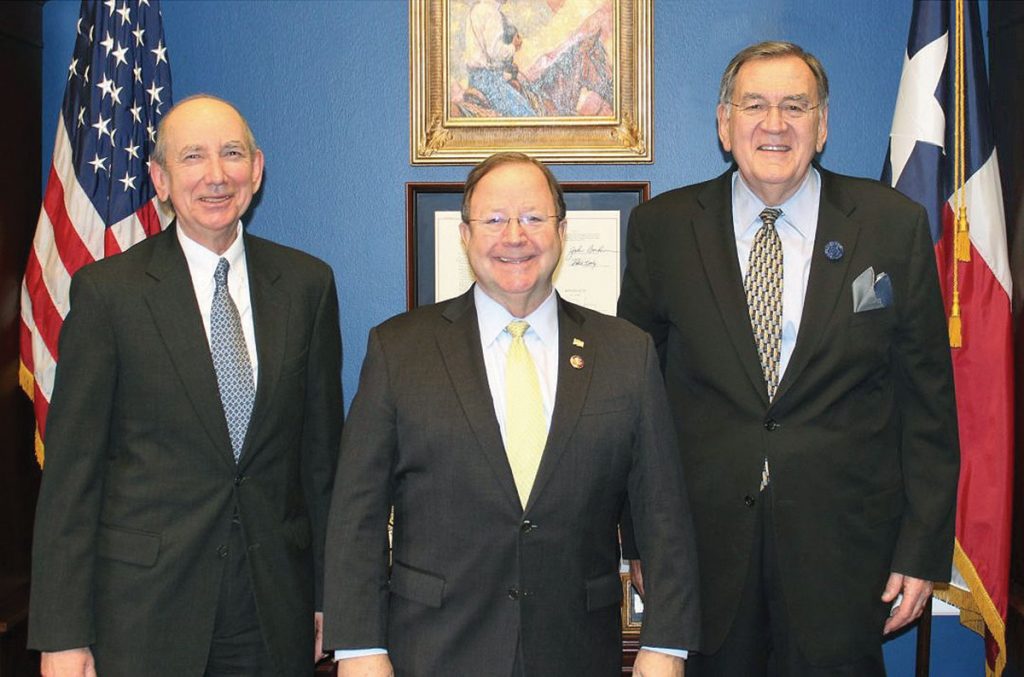 WASHINGTON – Ambassador Roman Popadiuk, chairman of the board of the U.S.-Ukraine Foundation (USUF), and Robert A. McConnell, the foundation’s external relations advisor, met with Congressman Bill Flores (R-Texas) on January 23 to discuss the humanitarian situation in Ukraine.

They emphasized the need for increased international and U.S. funding, particularly since, according to the Financial Tracking Service of the United Nations Office of Humanitarian Affairs, only 38 percent of the 2018 Humanitarian Response Plan for Ukraine has been funded. Ukraine currently has Europe’s largest displaced persons challenge since World War II, with about 3.5 million people requiring humanitarian assistance as a result of Russia’s military aggression against Ukraine.

Messrs. Popadiuk and McConnell also emphasized the need to provide Ukraine with the capability to deal with the landmines issue in the conflict zone. Ukraine is currently viewed as one of the countries of the world most affected by landmines.

Rep. Flores was presented with a Friends of Ukraine Network initiative that calls for utilizing Department of Defense (DoD) logistical capabilities and military personnel to assist in ameliorating the humanitarian crisis and for helping in de-mining operations. The initiative has been shared with other congressional offices as well as DoD officials.

Rep. Flores stressed his great interest in Ukraine, citing a trip he made to Kyiv in 2016, and agreed to be helpful in any way possible regarding the situation in Ukraine.