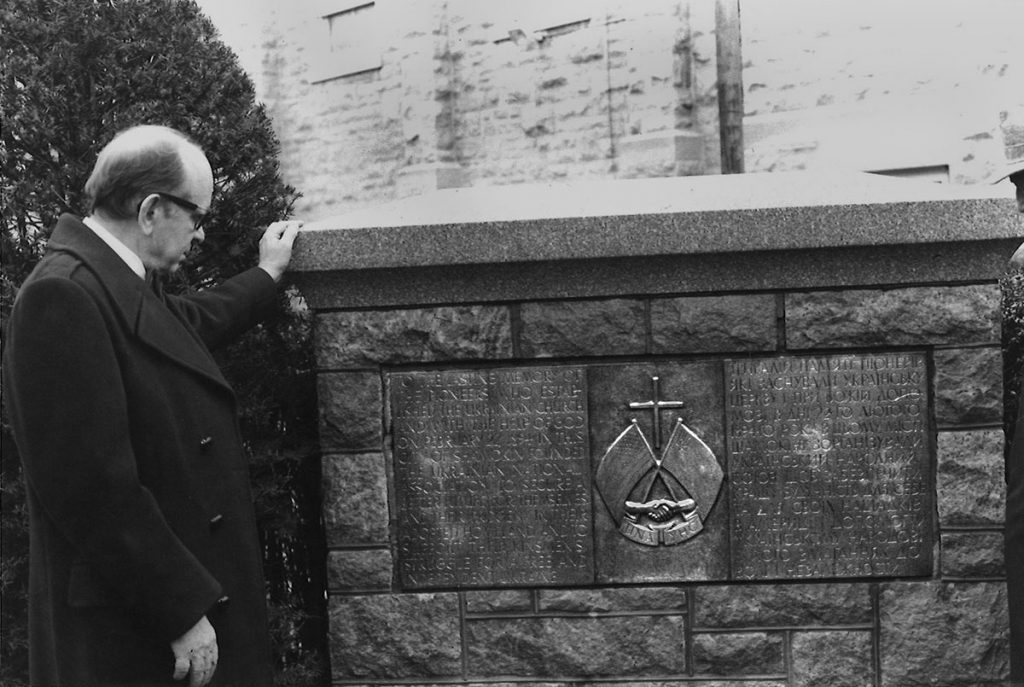 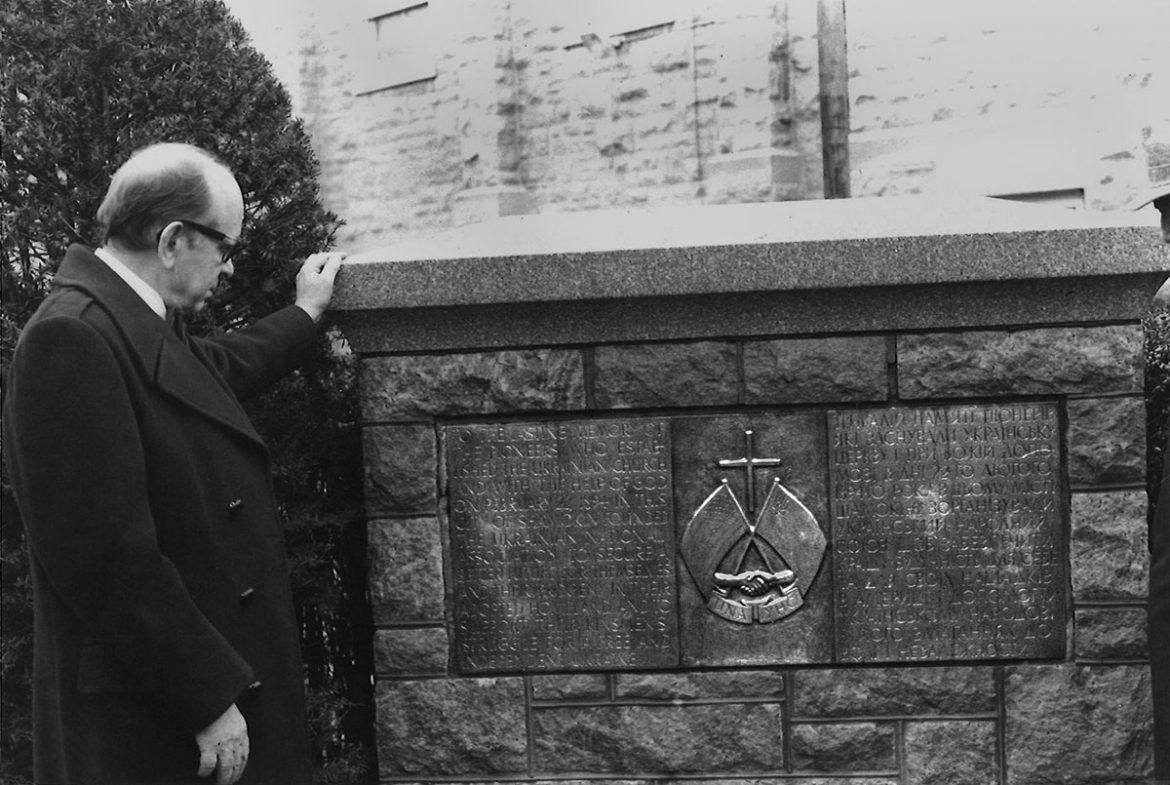 In the photo above, taken on February 19, 1984, Ukrainian National Association President John O. Flis recalls pioneers’ efforts in a ceremony at the commemorative plaque honoring the UNA that stands outside Transfiguration of Our Lord Ukrainian Catholic Church in Shamokin, Pa. The plaque was designed by the noted artist Jacques Hnizdovsky and installed in 1969 to mark the UNA’s 75th anniversary. Mr. Flis, along with a delegation of UNA executive officers, advisors and auditors, came to Shamokin to mark the UNA’s 90th anniversary in 1984. The daylong celebration began with a liturgy at Transfiguration Church, the second oldest Ukrainian Catholic church in the U.S., and continued with a luncheon in the church hall attended by nearly 200 people. Mr. Flis said that Shamokin will always have a “ranking place in the history of the Ukrainian immigration to America,” and noted that “all that we have we owe to the Ukrainians of Shamokin.” He called the early pioneers “visionaries” to whom the Ukrainian community should be grateful.

A photo archive of UNA history has been launched on the UNA website. It is a work in progress that will be expanded and refined. To take a look, go to unainc.org.