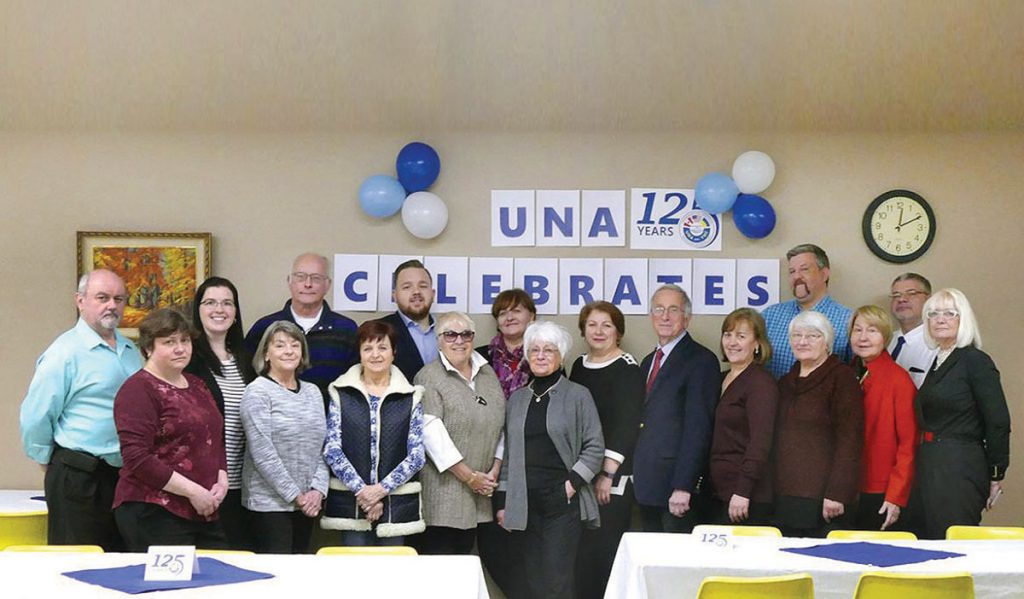 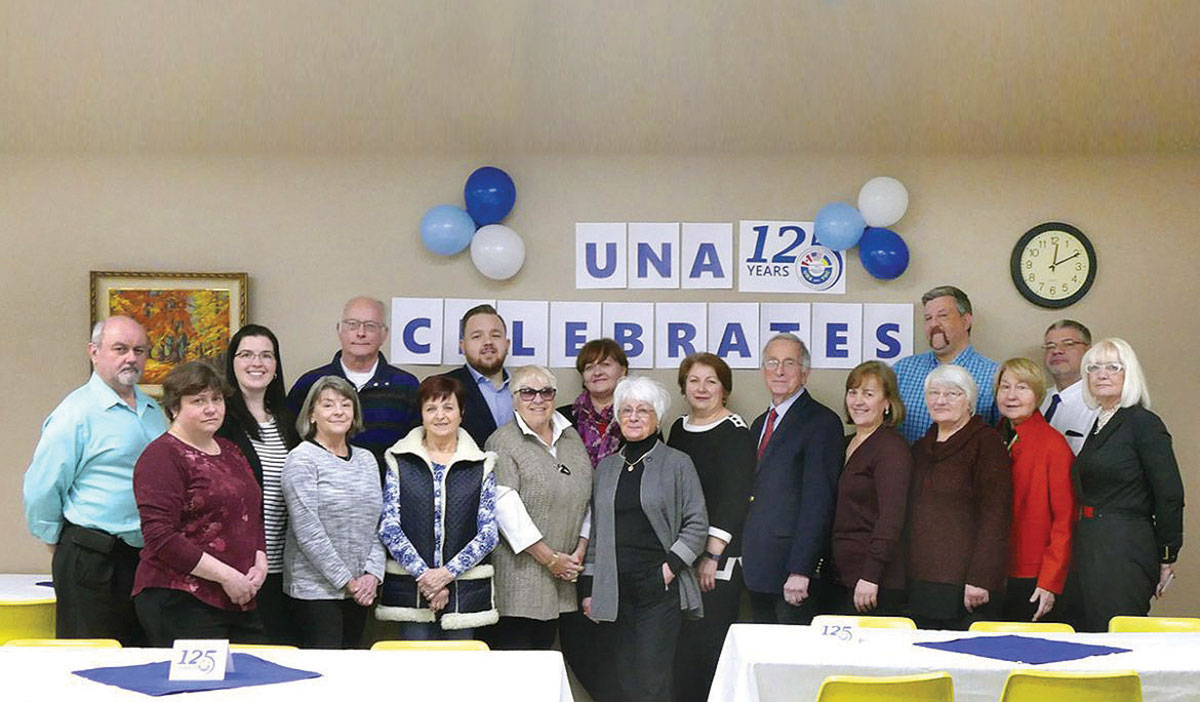 PARSIPPANY, N.J. – Employees of the UNA Home Office (seen above) celebrated the 125th anniversary of the Ukrainian National Association’s founding with a celebratory luncheon on March 7. They were addressed by the three key operating officers – President/Chief Executive Officer Stefan Kaczaraj, Chief Operations Officer/National Secretary Yuriy Symczyk and Chief Financial Officer/Treasurer Roma Lisovich – who spoke about the milestone anniversary’s commemoration on February 22 in Shamokin, Pa., birthplace of the UNA, as well as the UNA’s long history of service to the Ukrainian community.