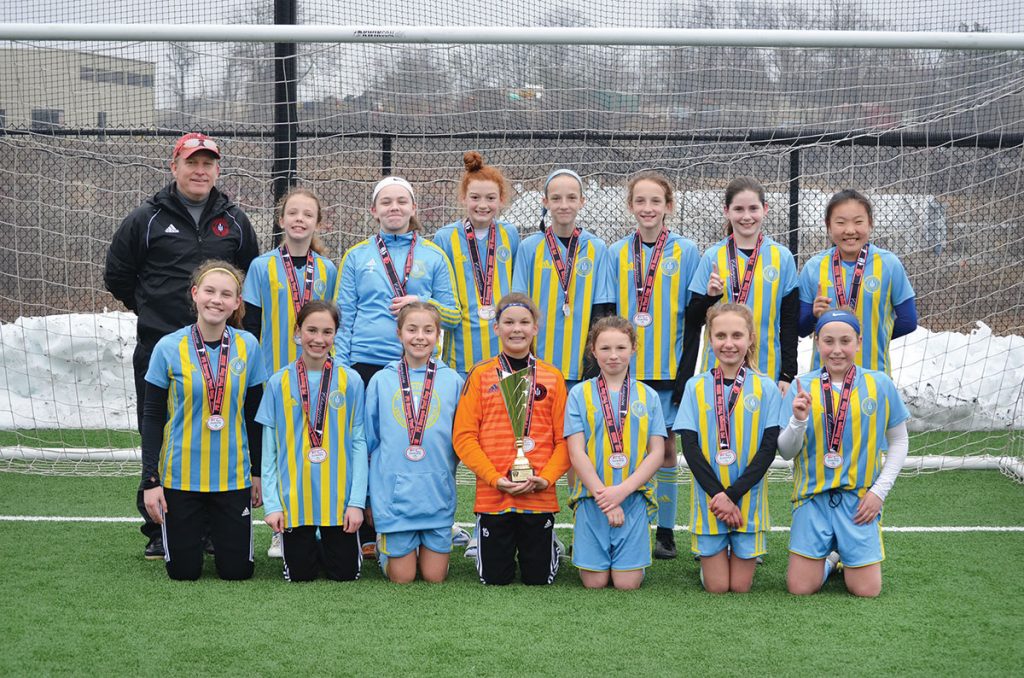 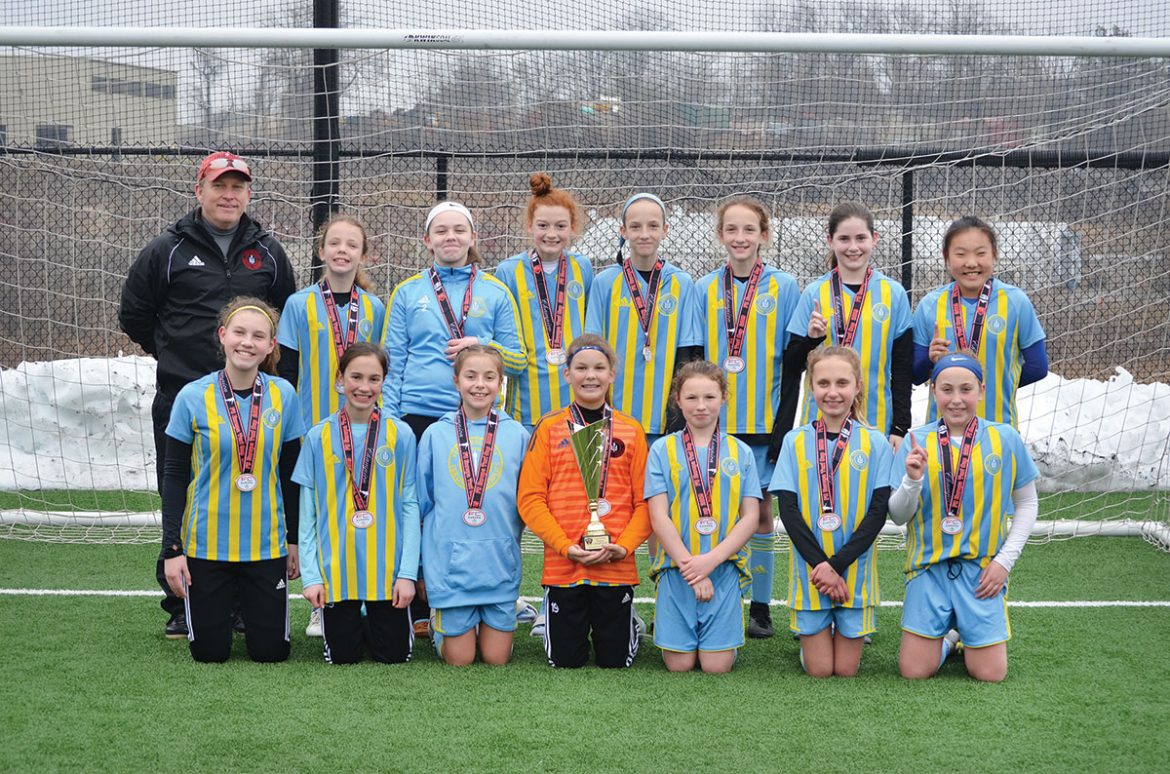 CONSHOHOCKEN, Pa. – The Philadelphia Ukrainian Nationals (Tryzub) Girls Olympyk Red Team won the ninth annual FC Europa Turf Cup on March 10 in Conshohocken, PA. The Ukrainians went on to shut out their first two opponents on the first day of the tournament. The second day’s game started off slowly and ended in a 5-2 victory that earned the squad a slot in the finals. The girls went on to win the championship game with a 3-1 victory over HMMS Flash, bringing the Europa Turf Cup home for the Ukrainian Nationals in decisive fashion. Seen above are Girls Olympyk Red Team members.