Ukrainian Catholic hierarchs in the U.S. meet with new metropolitan-archbishop 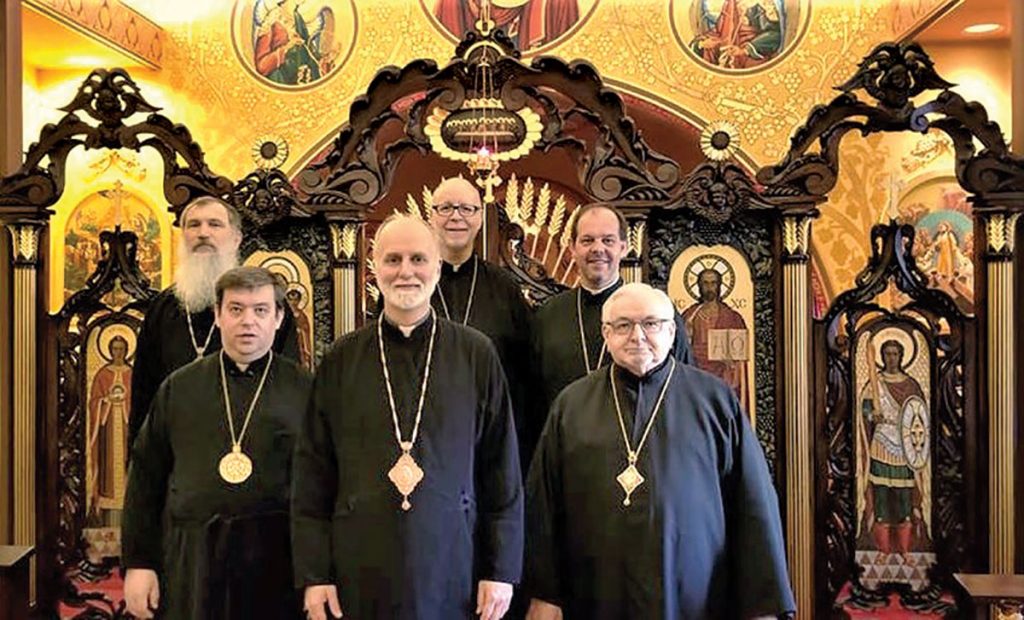 PHILADELPHIA – The Ukrainian Catholic hierarchs of the United States had an opportunity to meet and pray with the new metropolitan-archbishop of Philadelphia, Borys Gudziak, on March 5 and 6.

On Wednesday morning, March 6, the bishops began the day by praying the First Hour in the Archbishop’s Chapel, led by Metropolitan-Archbishop-elect Borys.

During the daylong meeting, the bishops discussed plans for the week of prayerful events June 2 through June 9 that will be held in conjunction with the pontifical divine liturgy and enthronement ceremony of the new metropolitan-archbishop on Tuesday, June 4, at the Ukrainian Catholic Cathedral of the Immaculate Conception in Philadelphia.

With the theme “From Heart to Heart,” the eight days of prayer, celebration, unity and mission outreach on the occasion of the inauguration of the ministry of the new metropolitan-archbishop will encompass all the clergy, religious and faithful, especially the youth, not only of the Philadelphia Archeparchy, but of all of the eparchies of the United States and throughout the world.

The bishops also shared and discussed their pastoral plans for their individual eparchies for 2019 and 2020, together with plans for the entire Metropolia.

The new metropolitan-archbishop of the Philadelphia Archeparchy is a native of Syracuse, N.Y. He was named to this hierarchical position by Pope Francis on February 18. At the time of his appointment, Bishop Borys was the eparch of St. Volodymyr the Great Eparchy of Paris serving France, Benelux and Switzerland.

Auxiliary Bishop Andriy has been serving as apostolic administrator of the archeparchy since his appointment by Pope Francis after the holy father accepted the resignation for health reasons of Metropolitan-Archbishop Stefan Soroka on April 16, 2018.