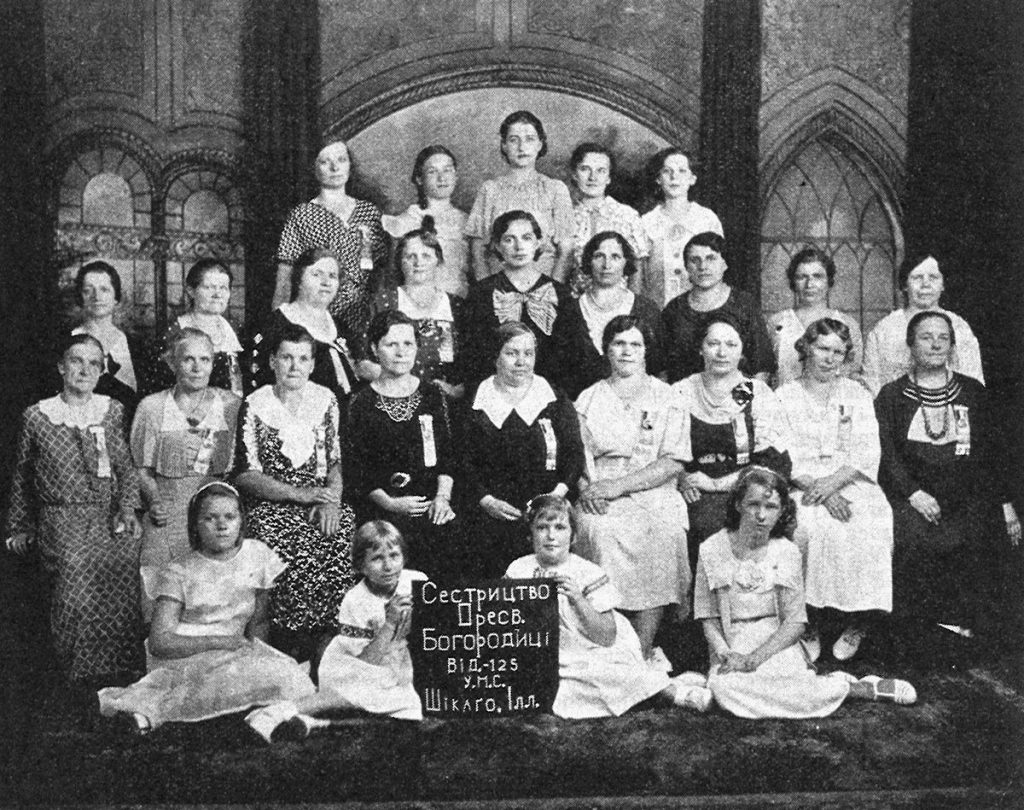 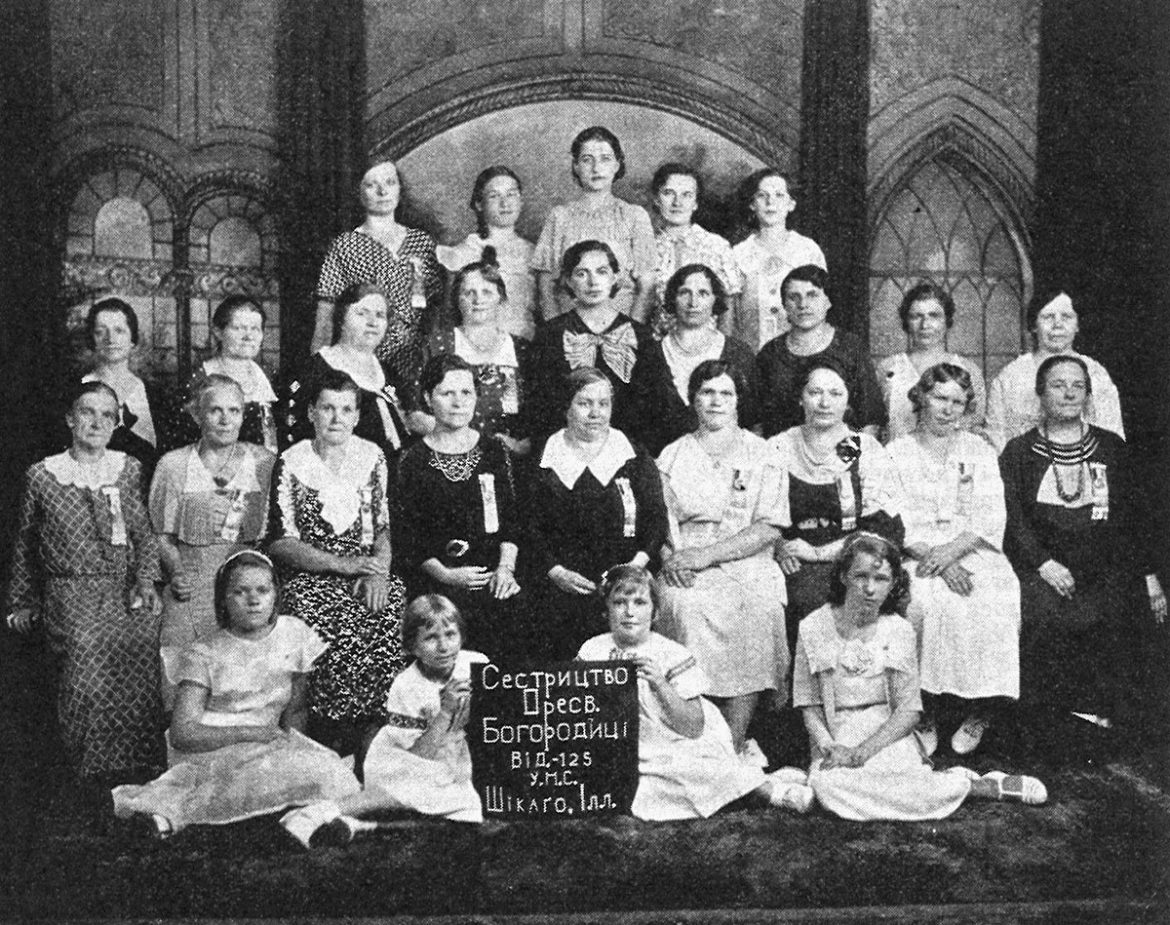 Seen on right are members of UNA Branch 125, the Sisterhood of the Holy Mother of God, in Chicago. This photo appeared in the Ukrainian-language “Jubilee Book of the Ukrainian National Association” published in 1936 in commemoration of the UNA’s 40th anniversary. A treasure trove of information about the Ukrainian community of the time, the book was edited by Luke Myshuha, editor-in-chief of Svoboda. Branch 125 was founded on March 15, 1908, by the Rev. Mykola Strutynsky with 16 members. Its first president and secretary, respectively, were Maria Ruda and Kateryna Vakulinska