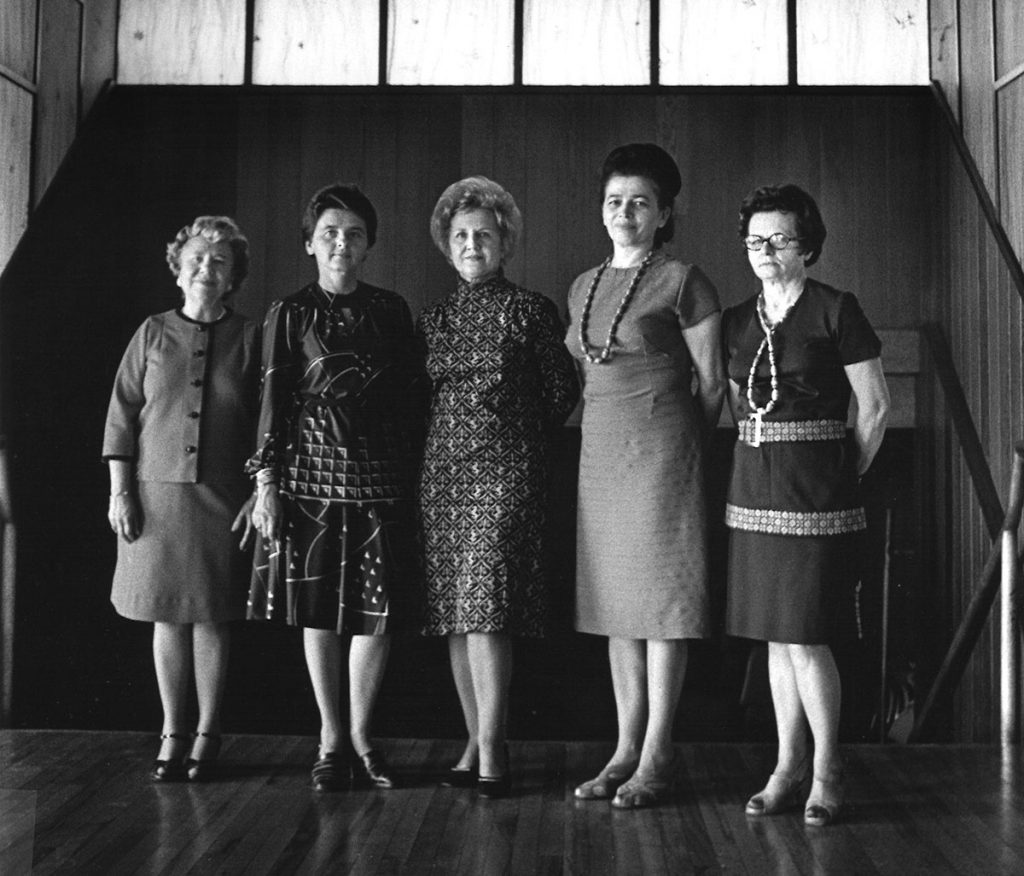 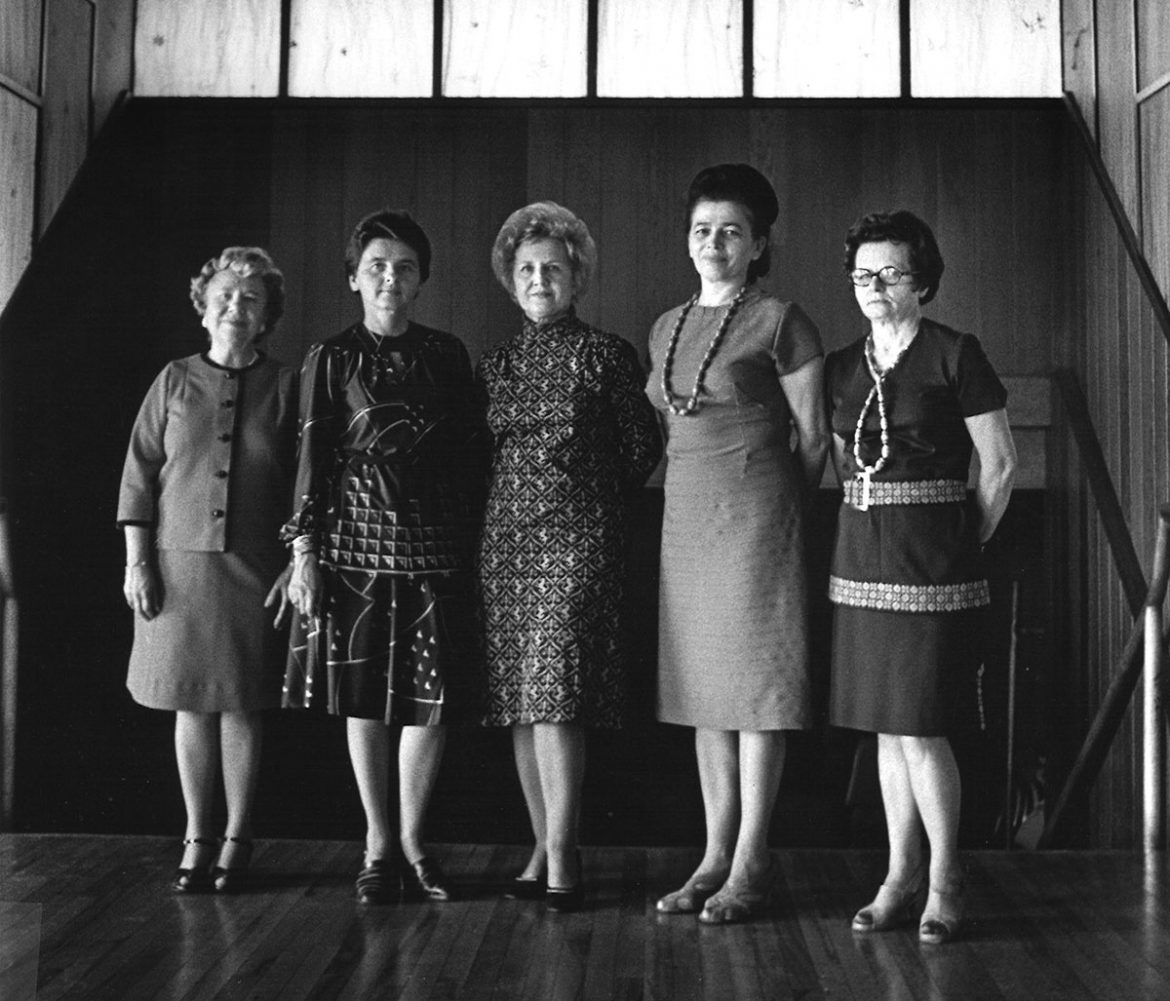 Seen above are women of the UNA Supreme Assembly (today known as the General Assembly) at that body’s 1975 annual meeting at Soyuzivka. From left are: Supreme Advisor Anne Chopek, Supreme Treasurer Ulana Diachuk, Supreme Vice-Presidentess Mary Dushnyck, Supreme Advisor Tekla Moroz and Supreme Advisor Anna Haras. The meeting took place on May 19-23; it was the first annual session of the 26-member Supreme Assembly after the 28th UNA Convention held in 1974 in Philadelphia. A statement issued by the Supreme Assembly at the conclusion of its meeting noted: “The Ukrainian National Association, considering its organizing and financial status, its publications and its diverse activity over the past 12 months, has not only retained and justified, but also strengthened its long-time appellation and standing as the veritable ‘Ukrainian Fortress beyond the Sea.’”