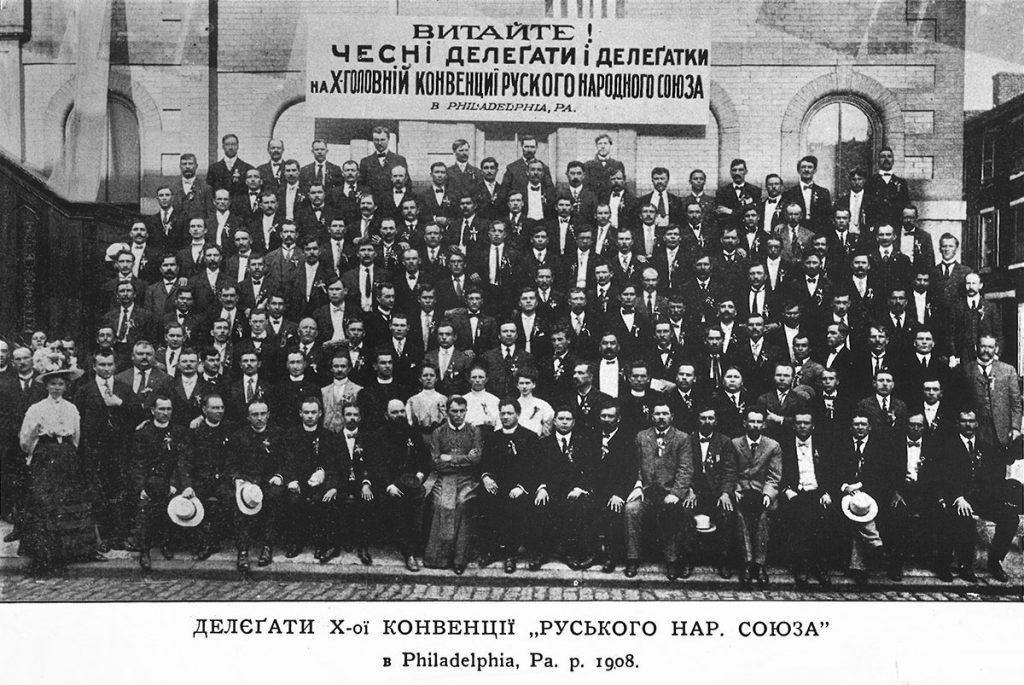 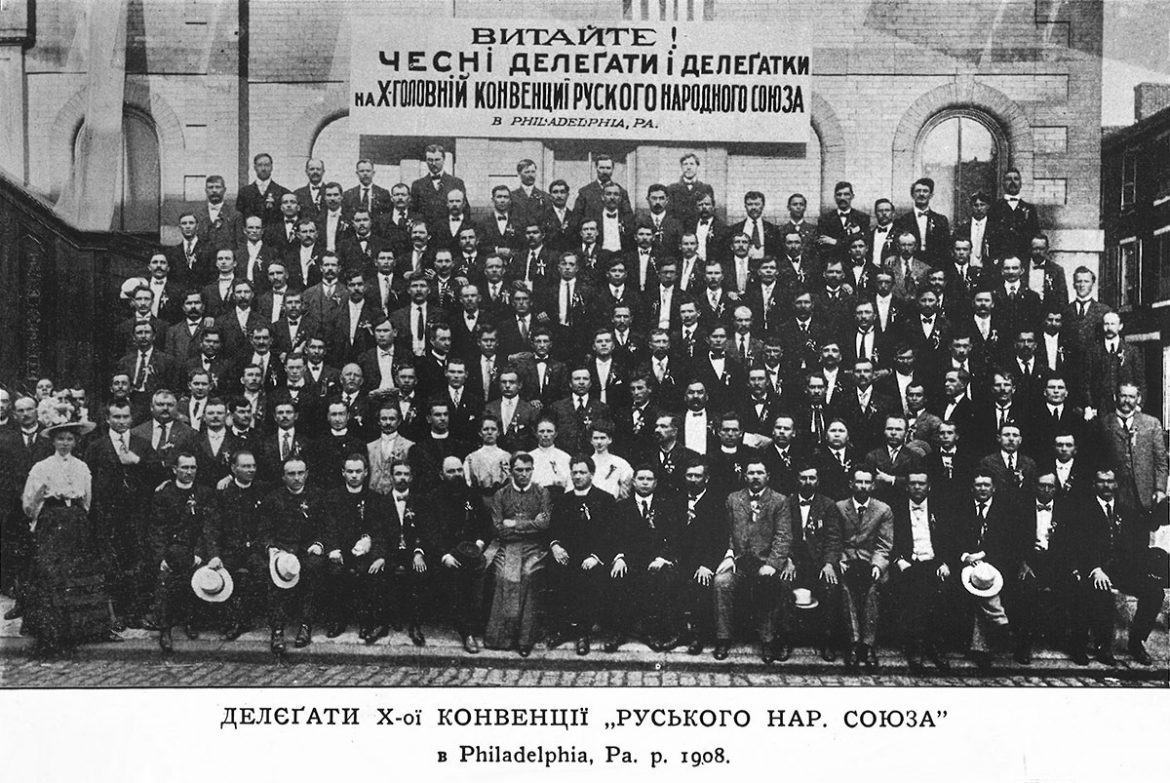 In 1908, the 10th Convention of the Ukrainian National Association (then known as Ruskyi Narodnyi Soyuz) was held in Philadelphia on July 7-10 with 121 delegates participating. (The name of the fraternal organization was changed in 1914 to Ukrainian National Association.) The convention directed the Supreme Assembly to purchase the Svoboda print shop, which at that time was the private property of The Ruthenian Publishing & Exchange Co., and it was decided that Svoboda should become the official organ of the association. (The Supreme Assembly purchased the print shop and the newspaper on July 21, 1908, for $16,855.) The convention also decided to donate $200 to the ailing writer Ivan Franko, in view of the fact that he had dedicated his life to enlightening his countrymen; it approved a protest against “all oppressors of the Ruthenian nation in the old country” and beyond its borders; and it adopted the text of a statement expressing sympathy to “all martyrs and fighters for the national cause in Halychyna.” Elected to the Supreme Assembly were: Supreme President Dmytro Kapitula, Supreme Vice-President Theodore Kulychytsky-Gut, Supreme Vice-Presidentess Maria Cheremshak (the first vice-presidentess in the organization’s history), Supreme Secretary Theodosius Labovsky, Supreme Financial Secretary Simon Yadlowski and Supreme Treasurer Alexis Sharshon. Among the many greetings received by the convention was one from A. Sheremeta, which read in part: “…Ukraine will arise, great and glorious, from the Sian to the Don [rivers], united and undivided.”