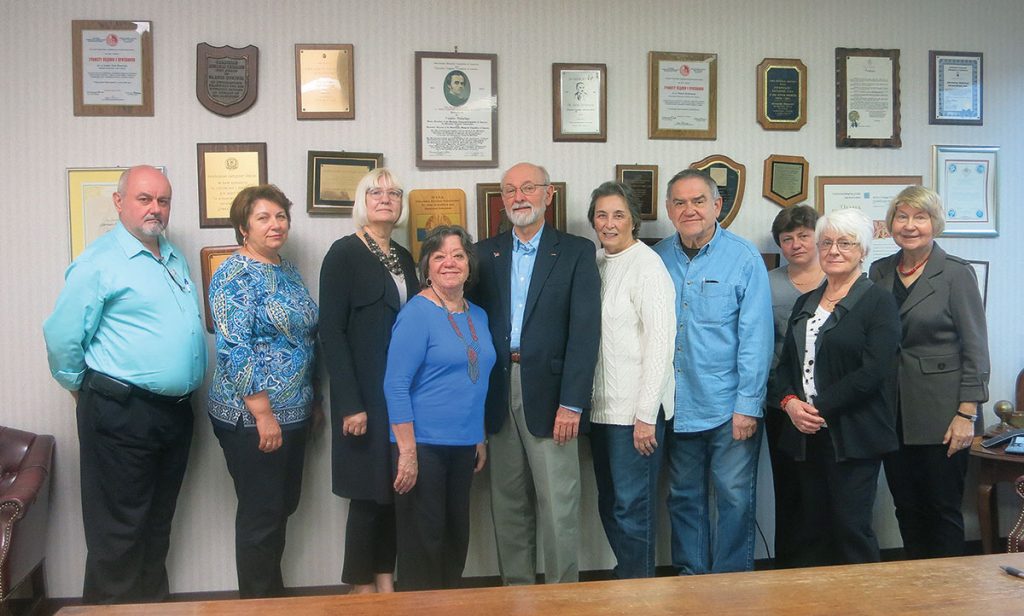 Ms. Stanko chaired the meeting, while George Stanko, who read the minutes of the 2018 annual meeting that he had prepared, recorded the minutes.

The district chair noted that the UNA was once again well-represented at various festivals throughout New Jersey, as well as at Ukrainian Heritage Night at the New Jersey Devils. She pointed to the work of Michael and Nancy Bohdan, who always help at festivals. Ms. Stanko herself manned a UNA table after Sunday liturgy at St. John the Baptist Ukrainian Catholic Church in Whippany, N.J.

Walter Honcharyk, the district treasurer, reported on the income and expenses for 2018. Finally, the district’s Auditing Committee, in a letter signed by Ms. Kaploun, proposed a vote of confidence for the outgoing officers.

Ms. Lisovich then offered remarks about the status of the UNA, underscoring that the organization in 2018 experienced another year of increases to its surplus, which now stands at over $11 million. Indeed, the surplus has grown over the last five years by 48 percent. The CFO/treasurer also was happy to note that 2018 was the seventh consecutive year of profits for the UNA.

During the ensuing discussion, among the topics raised were the March increase in rates offered on UNA annuities and the upcoming gala concert in New Jersey celebrating the UNA’s 125th anniversary. The November 2 event at Dolan Performance Hall, College of St. Elizabeth, in Morristown, N.J., will feature the Ukrainian Shumka Dancers of Edmonton, Alberta; the Women’s Bandura Ensemble of North America; the Ukrainian-born virtuoso violinist Vasyl Popadiuk of Canada; and others.