Remembrance and Reconciliation Day observed in Ukraine on May 8 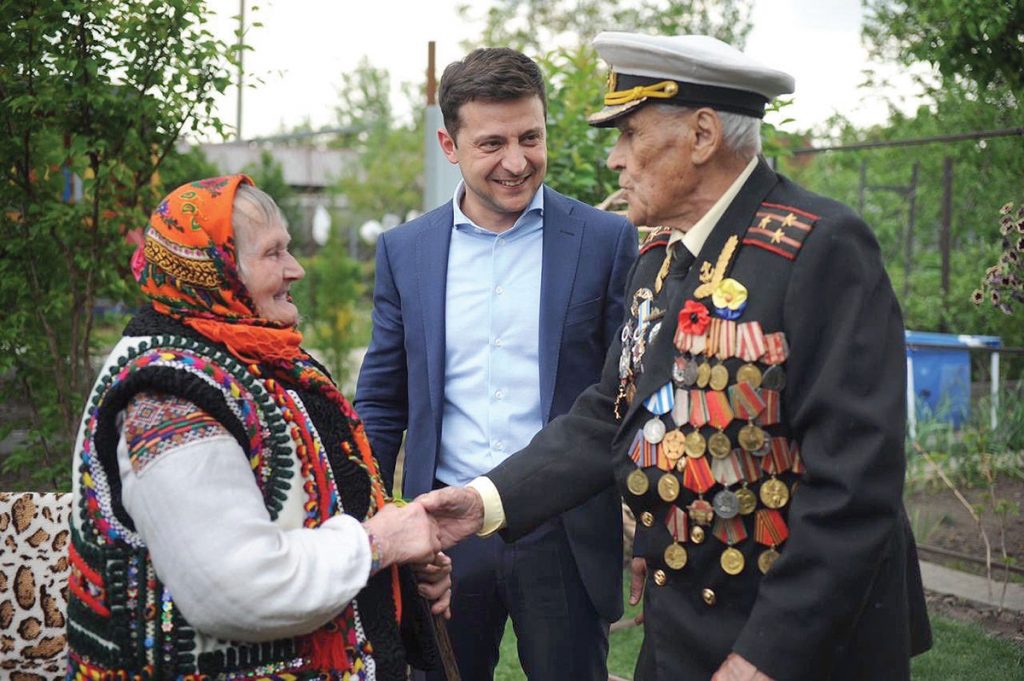 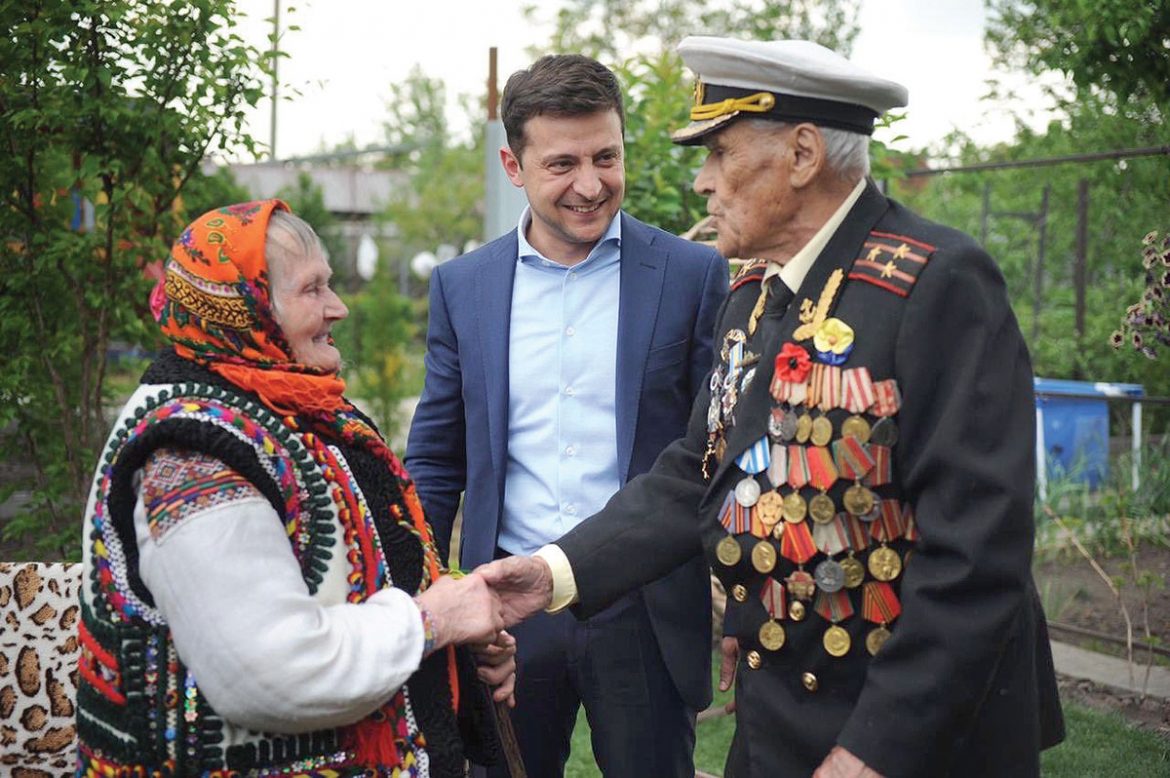 ZAPORIZHIA, Ukraine – President-elect Volodymyr Zelensky (center) stands between Paraskeva Zelenchuk-Potyak, a former courier in the Ukrainian Insurgent Army (UPA), as she shakes hands with former Soviet Marine Capt. Ivan Zaluzhnyi in Zaporizhia on May 8, when Ukraine commemorates the Day of Remembrance and Reconciliation to honor the millions of military and civilian victims during World War II in 1939-1945. Nazi Germany unconditionally surrendered to Western allies on this day 74 years ago. Both the UPA and Soviet armies fought the Nazi invaders during this period, but they also fought each other as the UPA sought an independent state while utilizing guerrilla warfare against the Red Army and other Soviet security units. Underground resistance lasted until the late 1950s, when the last UPA units and their hideouts and safehouses were uncovered. At least 6.5 million Ukrainians were killed in the Soviet-held part of the country during the war, according to historian Timothy Snyder’s book “The Bloodlands”: 3.5 million civilians and 3 million combatants.