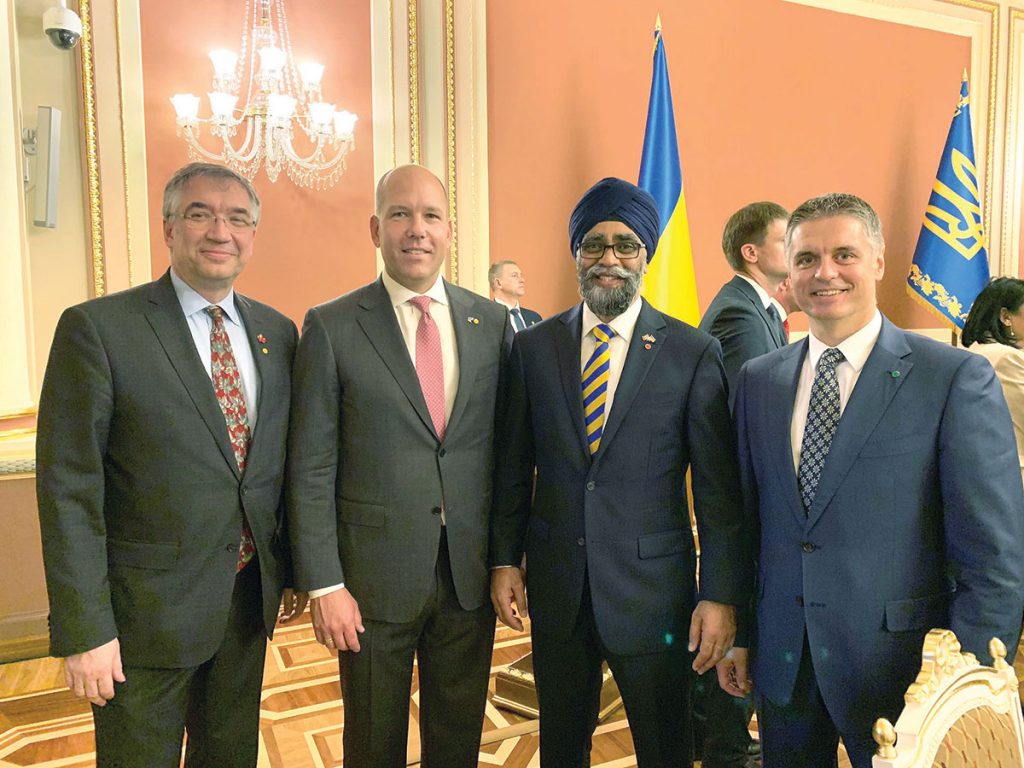 TORONTO – The Ukrainian World Congress on May 20 congratulated the new president of Ukraine, Volodymyr Zelensky, and noted that it was pleased to participate in the inauguration ceremony at the Verkhovna Rada in Kyiv.

UWC President Paul Grod and UWC Vice-President and Ukrainian Congress Committee of America President Andriy Futey were official representatives of the Ukrainian diaspora at the ceremony and associated events.

“On behalf of the 20-million strong Ukrainian diaspora, I congratulated President Zelensky and committed the support of the Ukrainian World Congress and its network in over 60 countries around the world in defending Ukraine’s territorial integrity and the lives of its citizens against Russia’s military aggression,” stated Mr. Grod.

The UWC was the sole international non-governmental organization whose representatives participated in the Special Session of the Verkhovna Rada of Ukraine on May 20 during which the newly elected president pledged his allegiance to the people of Ukraine.

In his inaugural speech, President Zelensky noted that today there are 65 million people around the globe who have roots in Ukraine and emphasized that Ukraine needs the knowledge, experience and mentality of the diaspora. He called for Ukrainians to return to Ukraine, promising Ukrainian citizenship to those who are prepared to build a new, strong and prosperous Ukraine.