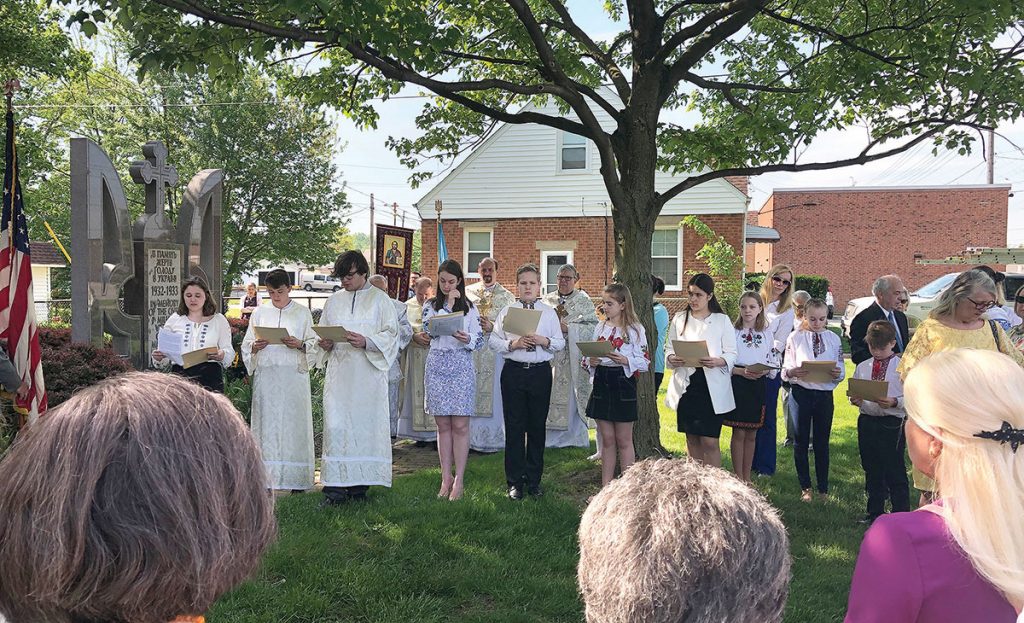 PARMA, Ohio – The annual commemoration of the victims of the Holodomor was held on Sunday, May 19, by the faithful of St. Vladimir Ukrainian Orthodox Cathedral of Parma, Ohio, between the 8:30 a.m. and 10:15 a.m. liturgies. The memorial service, which was held outdoors by the Famine Monument, was served by the cathedral clergy, with responses sung by the parish choirs. Following the memorial service, the youth from the Junior Ukrainian Orthodox League chapter and the Taras Shevchenko School of Ukrainian Studies participated by doing special readings about the Holodomor. The commemoration concluded with the laying of a wreath at the monument and the singing of the Prayer for Ukraine “Bozhe Velykyi” by the choir.