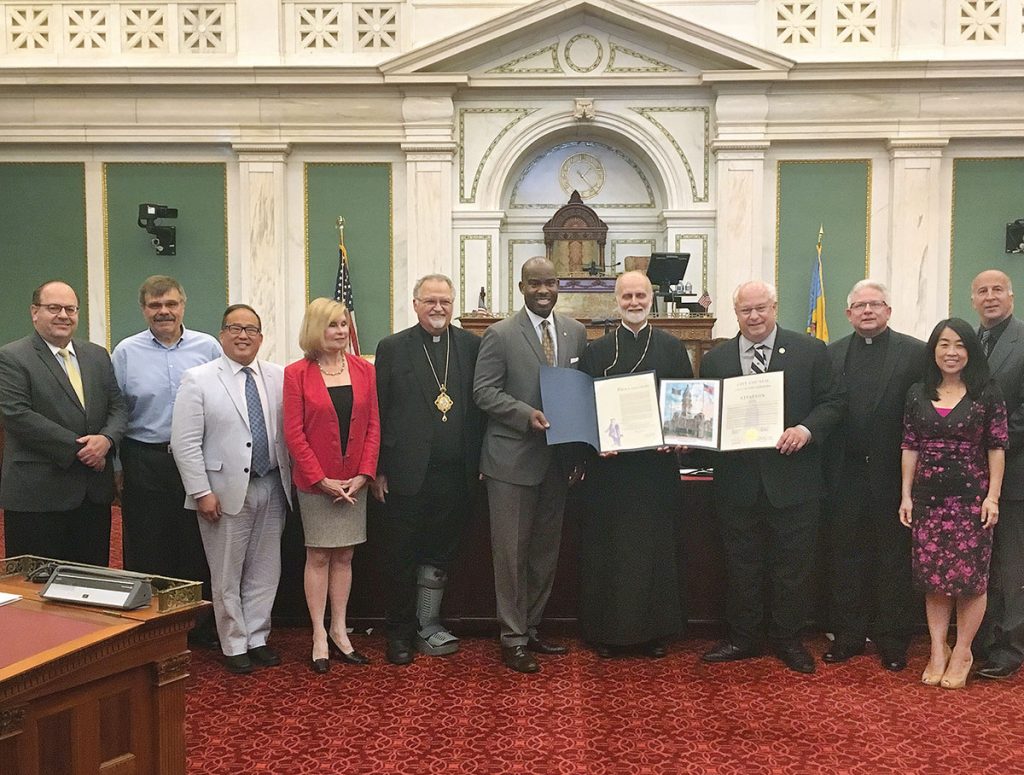 PHILADELPHIA – On Monday, June 3, the City of Philadelphia and the City Council marked the beginning of a new era in the life of the Ukrainian Catholic community in America and the enthronement of Metropolitan-Archbishop Borys Gudziak.

Archbishop Gudziak suggested that the beginning of his ministry embody the embrace of “Heart to Heart” and the city responded with a proclamation and citation declaring the week of June 2 through June 9 as “Heart to Heart Week.” Thus the spiritual embraced the temporal in the City of Brotherly Love.

The proclamation stated, in part:

“Philadelphia is proud to have a dedicated Ukrainian American population (and) a major aspect of this vibrant culture is their faith, which brings so much strength, unity and sense of community to those living in our city. Philadelphia is fortunate and thankful to have so many people that provide wonderful spiritual guidance and commends the evolving ways they serve our residents’ many needs.”

“I, James F. Kenny, Mayor of the City of Philadelphia , do hereby proclaim the week of Sunday, June 2, to Sunday, June 9, 2019, to be Heart to Heart Week in Philadelphia and congratulate Archbishop Gudziak on this impressive opportunity to lead the Ukrainian American Catholic community in our city and the region and wish everyone a joyous week as they welcome this new spiritual leader to our area.”