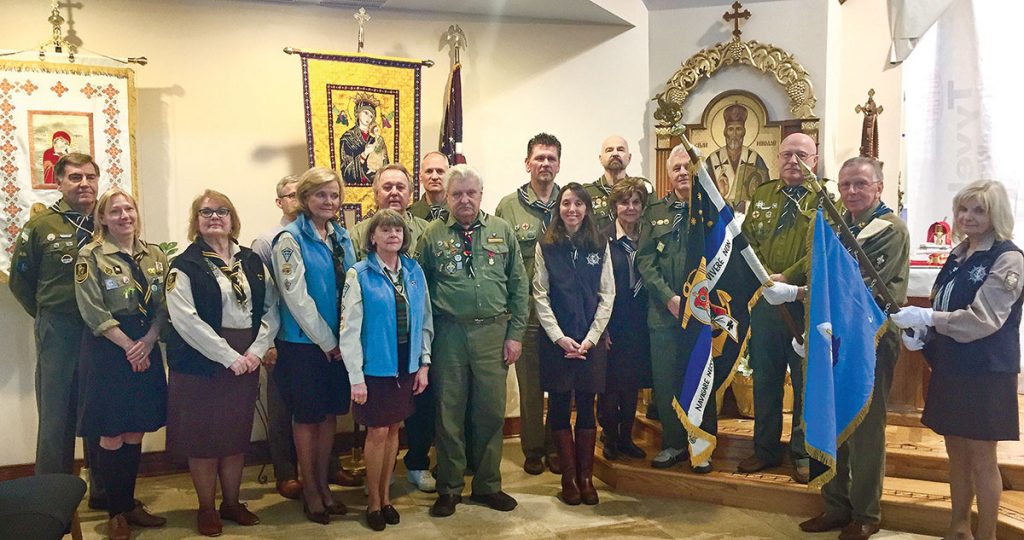 WHIPPANY, N.J. – “Den Morya,” or the Day of the Sea, was celebrated at a special ceremony held at St. John the Baptist Ukrainian Catholic Church in Whippany, N.J., on Sunday, May 5. Above, members of the Chornomortsi fraternity and Chornomorski Khvyli sorority of Plast Ukrainian Scouting Organization, as well as other members of Plast, stand near the icon of St. Nicholas, patron saint of sailors and patron saint of Plast sea scouts. The annual ceremony marks the founding of the Ukrainian Navy on April 29, 1918, when ships of the Black Sea Fleet raised the Ukrainian flag at 1600 hours, marking a victory of the Ukrainian movement toward independence as the fleet came under the jurisdiction of the Ukrainian National Republic.