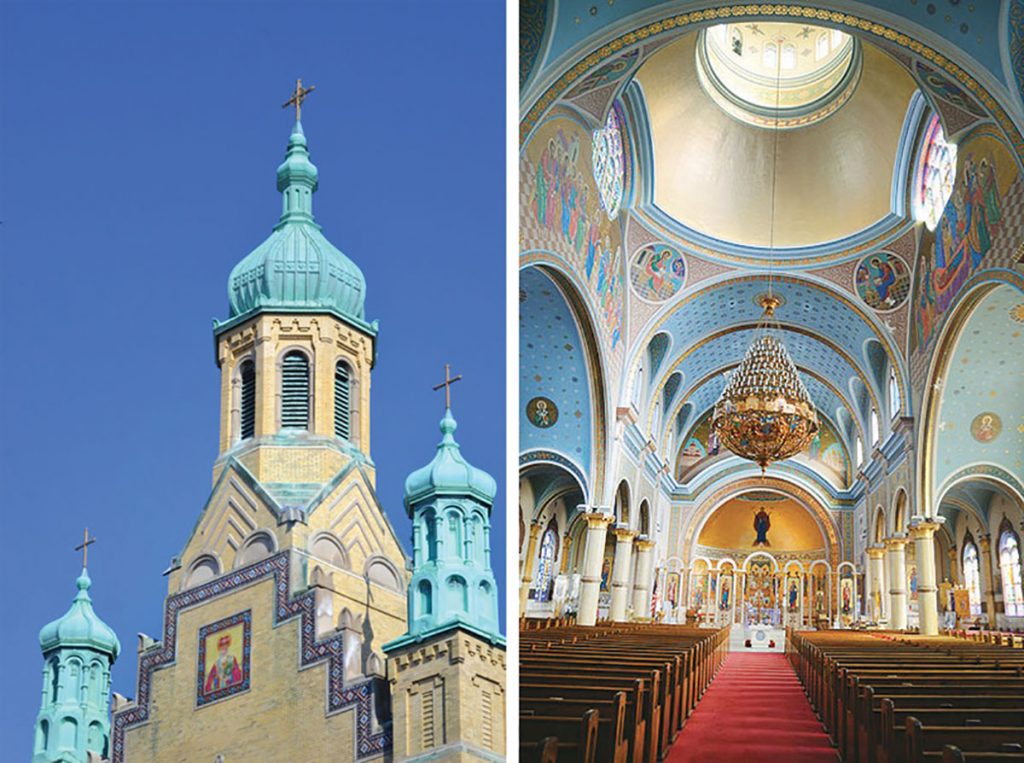 CHICAGO – St. Nicholas Ukrainian Catholic Eparchy, based in Chicago, is embarking on a major fund-raising campaign.

The eparchy is a community of faithful from 43 parishes, missions and monasteries in the United States ranging from Michigan to California and Alaska. The financial goal of the campaign is $3.65 million. The funds raised will be used to restore the 112-year-old cathedral in Chicago’s Ukrainian Village, particularly the cupolas and roof; to seed an endowment fund to better support all parishes and missions within the eparchy and to sustain the long-term viability of the eparchy; and to further develop eparchial resources and the continuing education of priests, deacons and laity.

The eparchy kicked off its campaign on Mother’s Day, Sunday, May 12, to underscore the importance of the cathedral as the “Mother Church” of the Ukrainian American community in Chicago and of the whole St. Nicholas Eparchy. The event began with a divine liturgy and was followed by a presentation by campaign leadership of campaign goals, schedules and plans.

The campaign will be conducted in three phases: the first phase at St. Nicholas Parish, the second phase at the remaining five Chicago-area parishes and finally throughout the rest of the eparchy. The second phase will kick off this fall and the third phase late this year.

Just over one year ago, Bishop Benedict Aleksiychuk was enthroned as the fifth eparch of St. Nicholas. He’s worked to address the spiritual needs of the Church members and on the physical, administrative and managerial needs of the eparchy.

One of the first tasks was forming the Stewardship Committee to oversee the fund-raising campaign. The team spent a full year organizing resources, conducting eparchy-wide surveys, completing a planning and feasibility study, updating eparchy-wide databases, and developing processes and procedures to conduct the administration of the campaign.

Appointed as chairman of the Stewardship Committee was Oleh John Skubiak, a lifelong member of the St. Nicholas Cathedral Parish and the fund-raising chair of the last major capital campaign in the eparchy. Subsequently, appointed as director of stewardship and development was Serhij Michaluk, an experienced fund-raising professional and member of St. Joseph the Betrothed Parish in Chicago. The Steier Group, a national development and fund-raising firm based in Omaha was hired to serve in a consulting capacity for the campaign. Bridget Klosterman of Steier Group serves as the campaign manager.