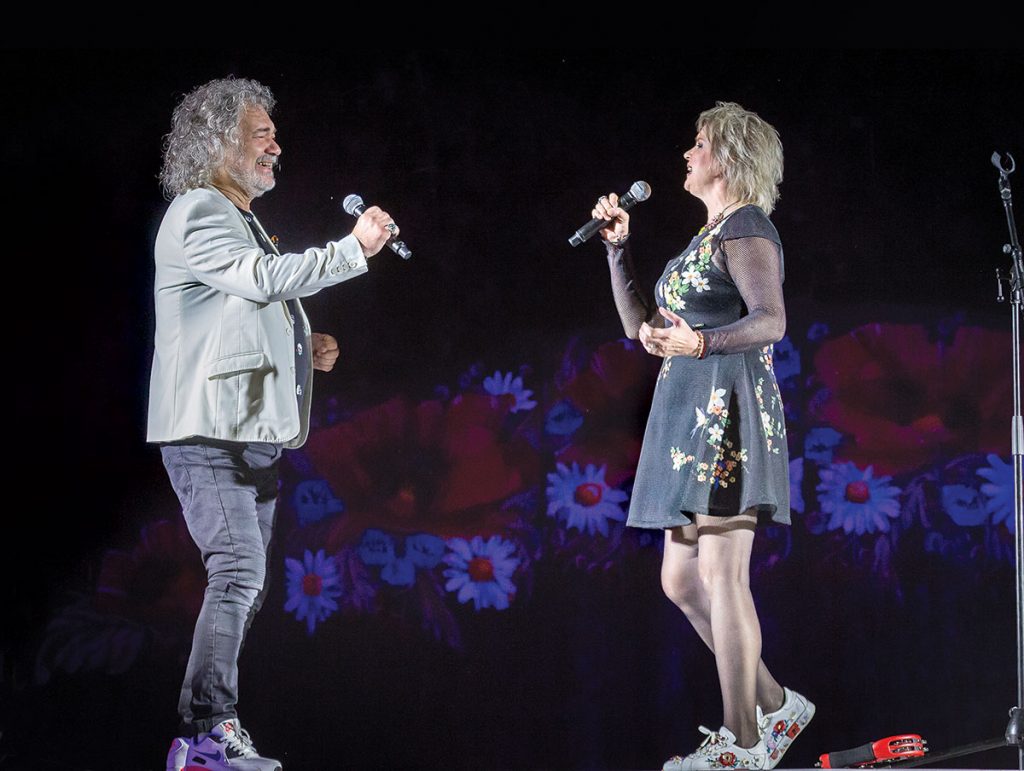 From Ukraine, singers Taras Petrynenko, Tetiana Horobets and Tonya Matvienko delighted audiences several times throughout the festival. Ukrainian American Max Lozynskyj also belted out his own songs while playing guitar. Fleet-fingered violinist Vasyl Popadiuk showed why he is one of the most sought after jazz and folk violinists of today.

Carrying on the tradition of fund-raising for important community goals, the Friday evening gala held during this year’s festival was dedicated to support the UNA Publications Endowment Fund and to honor Svoboda and The Ukrainian Weekly as part of the Ukrainian National Association’s 125st anniversary. The UNA presented a special jubilee display in Soyuzivka’s Main House.

The editor-in-chief of Svoboda and The Ukrainian Weekly, Roma Hadzewycz, gave an overview of the history, contributions and significance of these important publications that have served the Ukrainian community and nation for a combined total of over 210 years.

The festival attracted visitors from many states to the daily exhibits and events, as well as enthusiastic audiences for the afternoon and evening stage shows. Arts and crafts vendors exhibited their wares on the plaza. The “Selo” (Ukrainian Village) presented a depiction of Ukrainian village life with live demonstrations of weaving and decorating techniques.

New York State Sen. Jen Metzger appeared at the start of Saturday’s stage show to greet the audience. The masters of ceremonies, Larysa Bajus and Bogdan Tabaka, entertained the audiences at all the stage shows and introduced the numerous performers.

Entertainment was provided also by Sasha Gutmakher with the annual varenyky-eating contest, and guests could dance at “zabavas” on Friday and Saturday evenings, with live music by the ensembles Udych and Anna-Maria.

A photo report about the Ukrainian Cultural Festival appears in the centerfold. Next week: More features about the 13th annual festival.