Head of Organization for Defense of Lemkivshchyna visits HURI 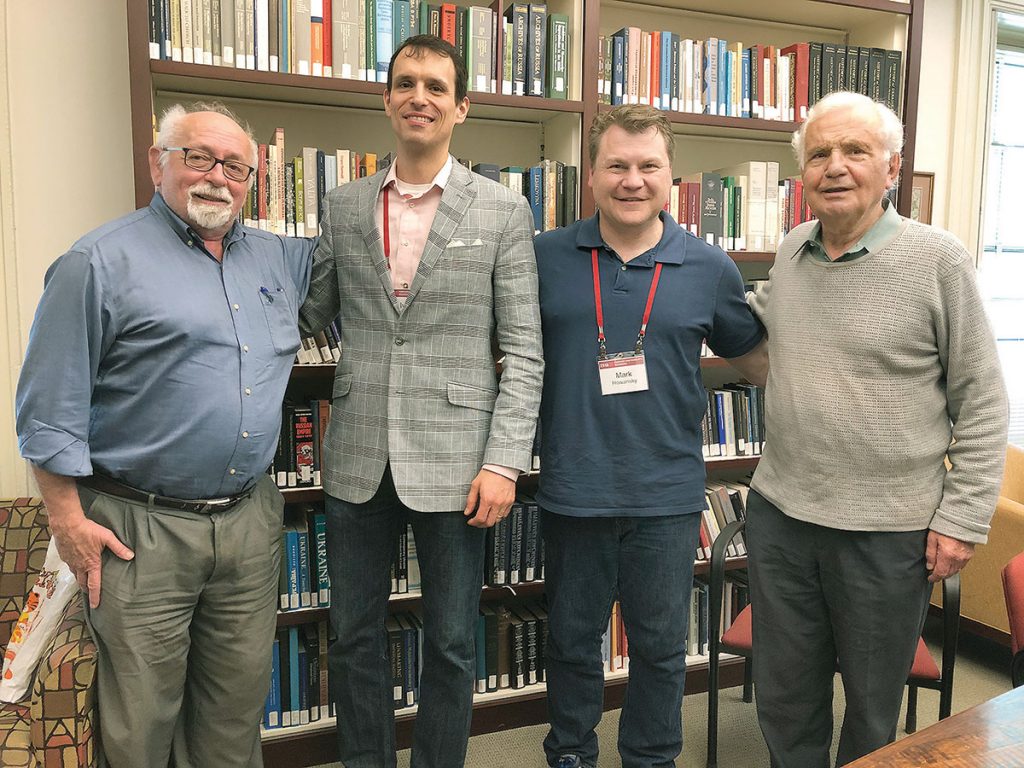 CAMBRIDGE, Mass. – The national president of the Organization for the Defense of Lemkivshchyna (known by its Ukrainian-based acronym as OOL), Mark Howansky, met with Profs. Lubomyr Hajda and Roman Szporluk at the Harvard Ukrainian Research Institute (HURI) on Friday May 4.

Mr. Howansky graduated from Harvard College in 1994 with a bachelor’s degree in engineering and was back in Cambridge, Mass., for his 25th class reunion. At Harvard, he revived the Harvard Ukrainian Students Association (HUSA) along with his classmate Ivan Bilaniuk, who also took part in the meeting.

Mr. Howansky thanked Prof. Szporluk for the wisdom he shared during his undergraduate classes in Ukrainian history, which served as inspiration for him to take on his current role as OOL president. Mr. Howansky presented his vision for OOL and some ideas for future projects, such as book donations and sponsored research, which were well received by the professors.

Everyone agreed that there is a need to strengthen the body of Lemko research in the English language and promised to work together towards that goal.