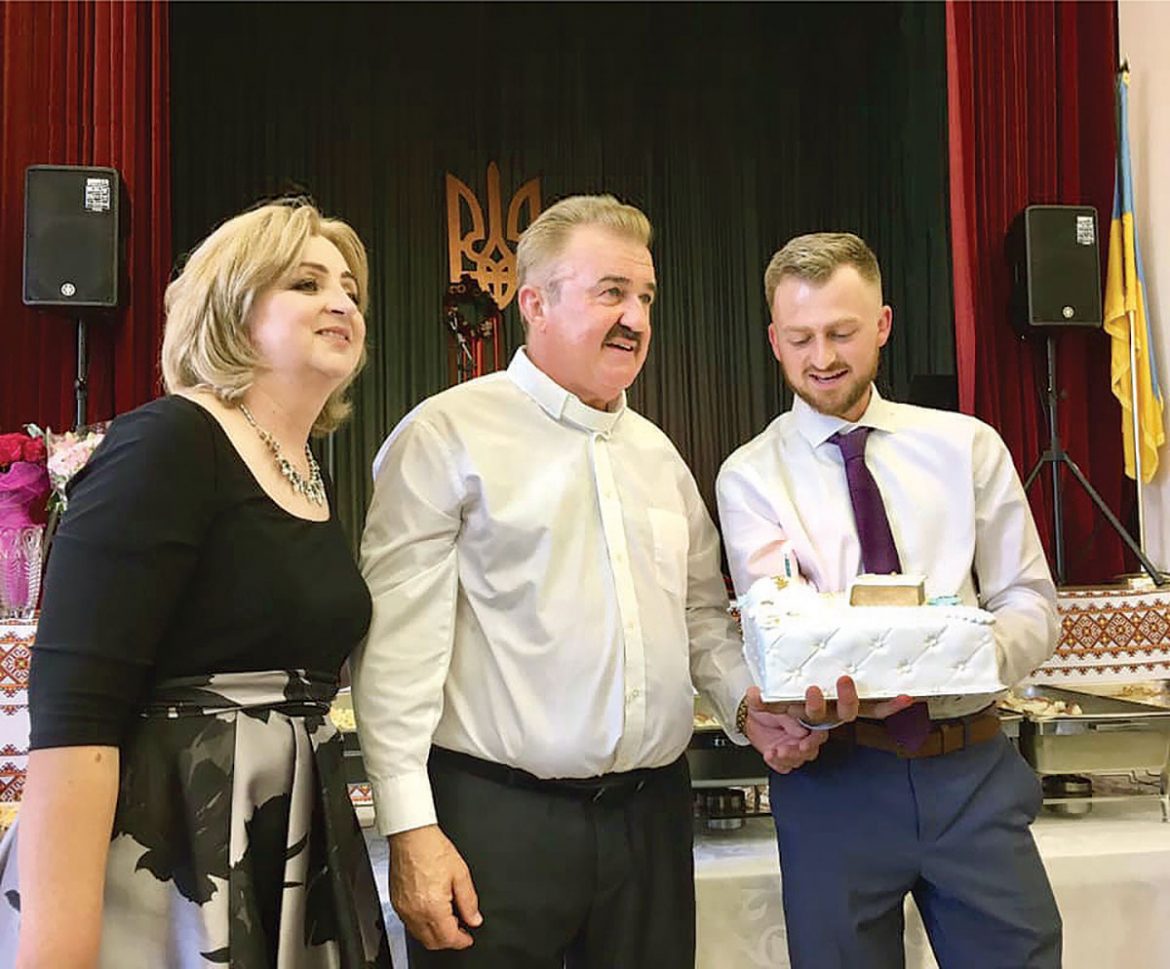 NEW HAVEN, Conn. – On June 23, Father Iura Godenciuc, pastor of St. Michael the Archangel Ukrainian Catholic Church in New Haven, Conn., celebrated the 25th anniversary of his priestly ordination. He celebrated the divine liturgy with his brother, Father Vasile Godenciuc, who preached in Ukrainian, and Father Jordan Lenaghan, O.P., who preached in English. Also in attendance were Fathers Stepan Yanovsky and Albert Forlano. A beautiful community lunch followed. Father Iura Godenciuc has been the parish priest for the New Haven community since 2002. He is seen above with his wife, Juliana, and son, Chip.