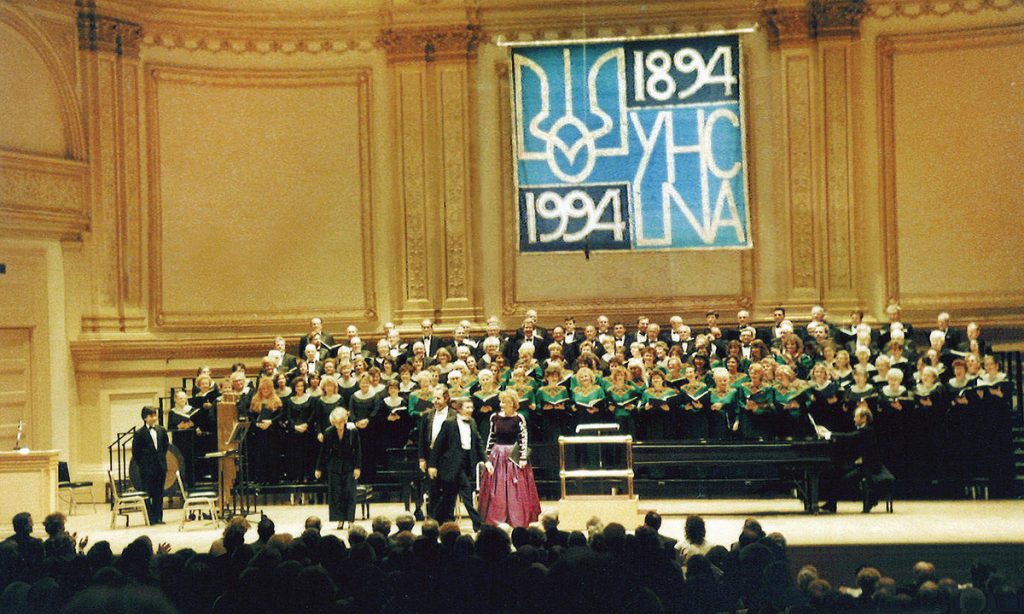 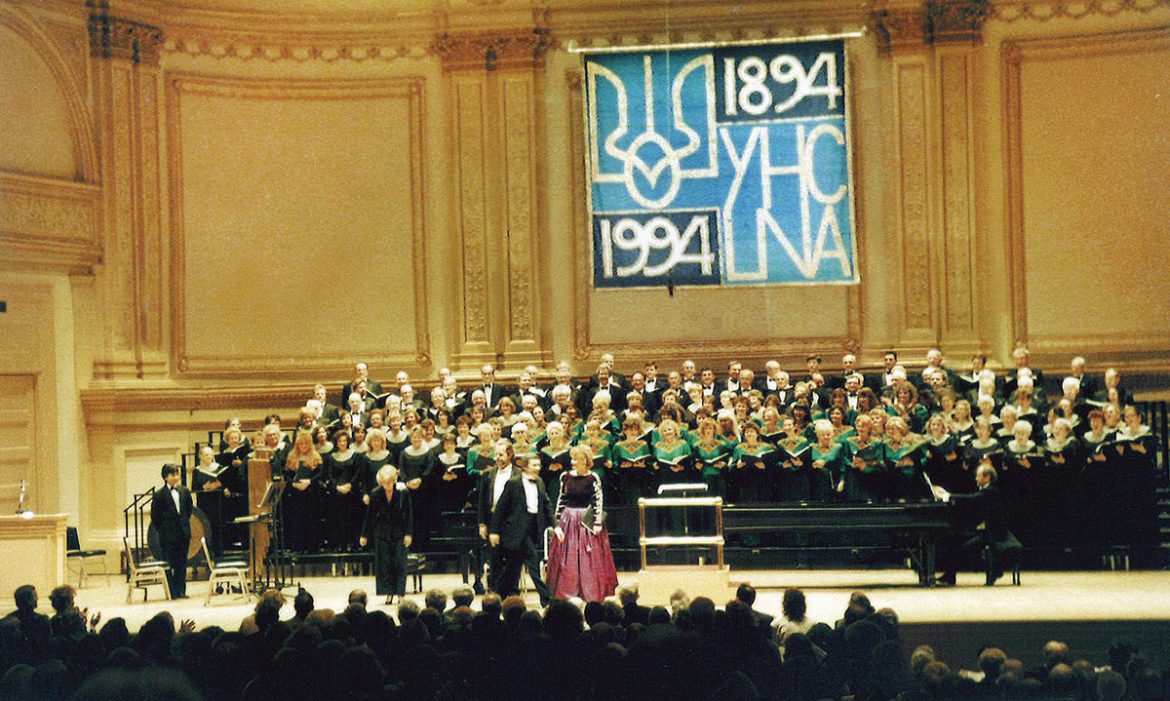 The Ukrainian National Association began 1994 by proclaiming that the year would be dedicated to the centennial of the founding of this fraternal organization on February 22, 1894, in Shamokin, Pa. “With reverence for the past, with a vision for the future” was the adopted motto for the jubilee, which the UNA Supreme Executive Committee urged all members, branches and districts to mark with appropriate activities. The main event was a gala concert at New York’s Carnegie Hall on Saturday, February 19, 1994, that featured the world premiere of the specially commissioned work by Kyiv composer Ivan Karabyts titled “Jubilee Cantata.” The piece for choir, soprano, bass, piano, cello and percussion had lyrics by Ukrainian author Mykola Rudenko. Performers at the concert were the Dumka Chorus of New York, the Ukrainian National Choir, Metropolitan Opera bass Paul Plishka, New York City Opera soprano Oksana Krovytska, pianist Mykola Suk, cellist Volodymyr Panteleyev and the Leontovych String Quartet. Centennial celebrations continued throughout the year, with events in such cities as Chicago, Miami, Philadelphia, Detroit and Cleveland.