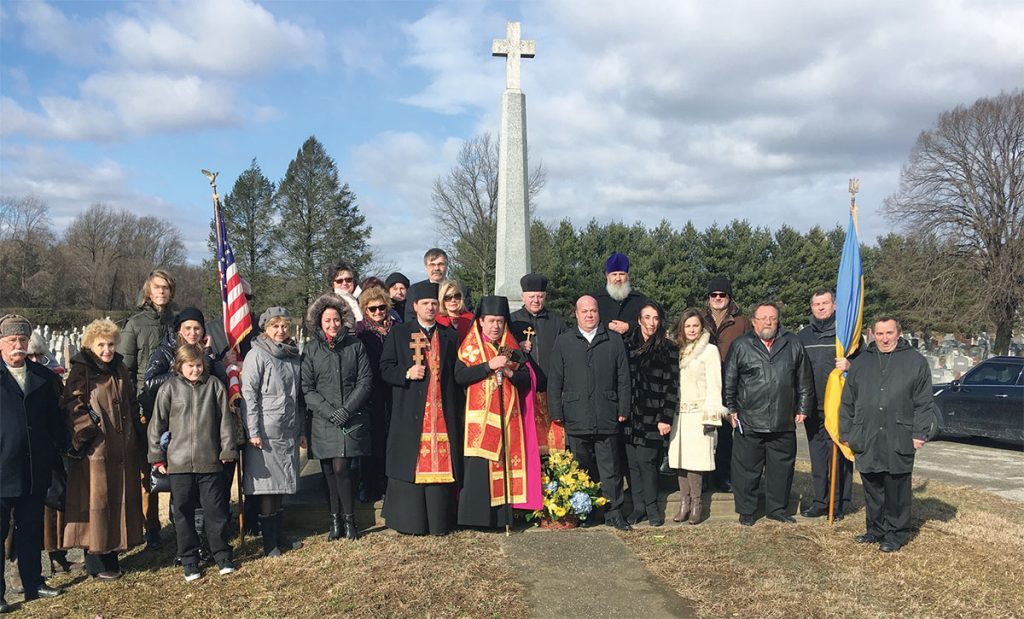 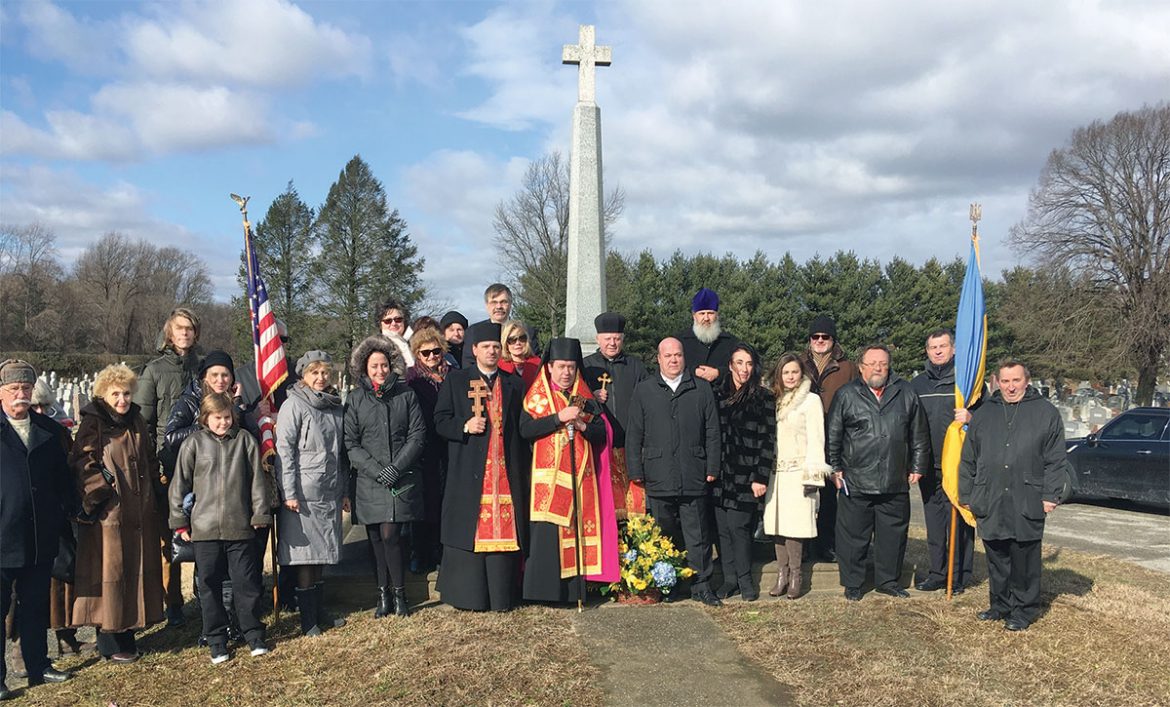 PHILADELPHIA – Dr. Lonhyn Cehelsky was honored earlier this year when Ukraine’s Ambassador Valery Chaly and his wife, Ludmila Mazuka, took part in a commemorative event marking the 100th anniversary of the signing of the Act of Union in Kyiv, at St. Sophia Square, on January 22, 1919. The commemoration on January 20 was organized by the Ukrainian Congress Committee of America and the Society of Veterans of the Ukrainian Insurgent Army. The official ceremony started at St. Mary’s Ukrainian Catholic Cemetery, where Ambassador Chaly laid flowers at the tomb or the unknown soldier of the Ukrainian National Republic. He then laid flowers at the grave of Dr. Cehelsky, Ukraine’s first ambassador to the U.S., and the author and presenter of the Act of Union. Bishop Andrij Rabij and clergy from Ukrainian churches held a panakhyda requiem service. After the service, Ambassador Chaly spoke, as did Eugene Luciw, head of the Philadelphia chapter of the UCCA. Maria Kvit-Flynn, representing the family of Dr. Lonhyn Cehelsky, concluded the ceremony at the cemetery. Afterwards, the community proceeded to the Ukrainian Cultural and Educational Center in Jenkintown, Pa., for a commemorative concert and reception.