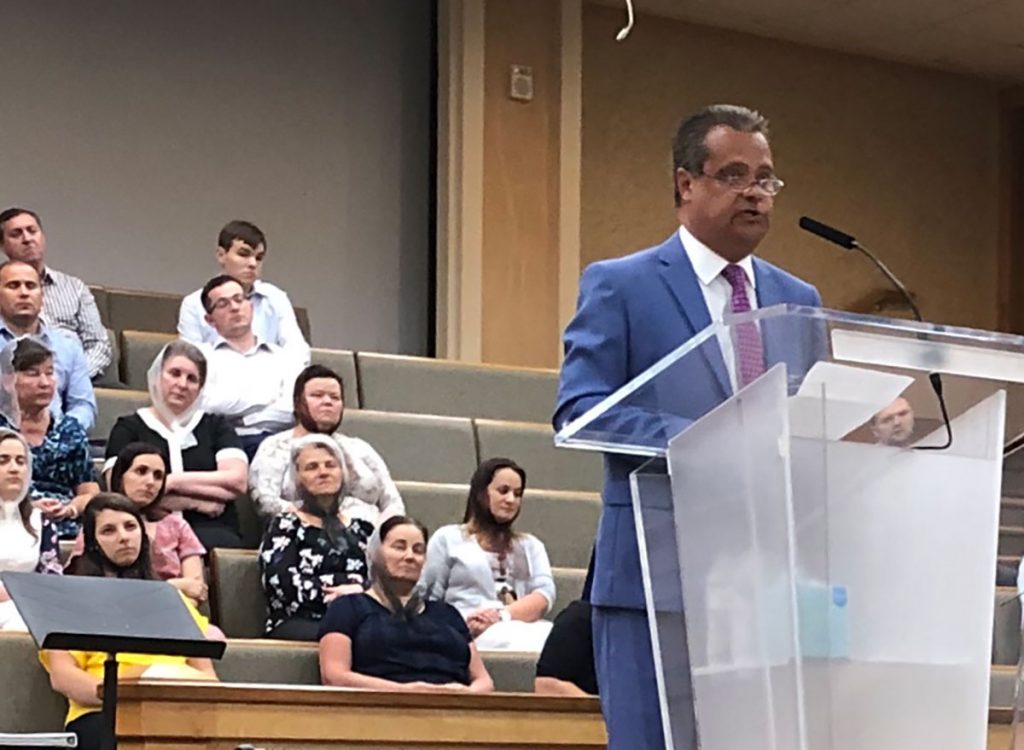 During his two-day visit, Andriy Futey met with the leadership and members of the Ukrainian American Cultural Association of Oregon and Southwest Washington (UACA), a non-profit, educational and cultural organization that promotes Ukrainian heritage and traditions in the Pacific Northwest, and which provides assistance to Ukrainians in the greater Portland metropolitan area as well as to Ukrainians in Ukraine.

During his visit to the area, the UCCA president also met with the management and employees of two Pacific Northwest branches of the Ukrainian Federal Credit Union, located in Portland, Ore., and Federal Way, Wash. Highlighting the UCCA’s long collaboration with the Ukrainian National Federal Credit Union Association – a UCCA member organization that is represented on the UCCA Executive Board – Mr. Futey emphasized how important it is for the community to continue to invest in Ukrainian credit unions, as these institutions continually reinvest their earnings into community projects and initiatives.

Over the course of his two-day visit, Mr. Futey also appeared on two live radio programs on “Nashe Radio,” where he once again underscored the importance of unity within the Ukrainian American community.  During the radio call-in portion of the show, Mr. Futey addressed the various ways the UCCA supports the community and its issues of concern.

On the final evening of his visit, Mr. Futey addressed the parishioners of the Ukrainian Bible Church, a large Ukrainian Pentecostal Christian congregation located in Fairview, Ore. He outlined the historical role the UCCA played in advocating for religious freedom in Ukraine, and how it continues to work with the various religious denominations in Ukraine, specifically the Christian community.

“It was an honor to meet so many members of this active and vibrant Pacific Northwest ‘hromada.’  I hope UCCA will be able to strengthen its cooperation with this 80,000-strong community, because together we can wield much more influence on the United States political process, and have a greater ability to assist our brethren in Ukraine” remarked Mr. Futey. “I’m grateful to the Ukrainian American Cultural Association of Oregon and Southwest Washington for inviting me to Oregon, and I look forward to a fruitful relationship going forward.”