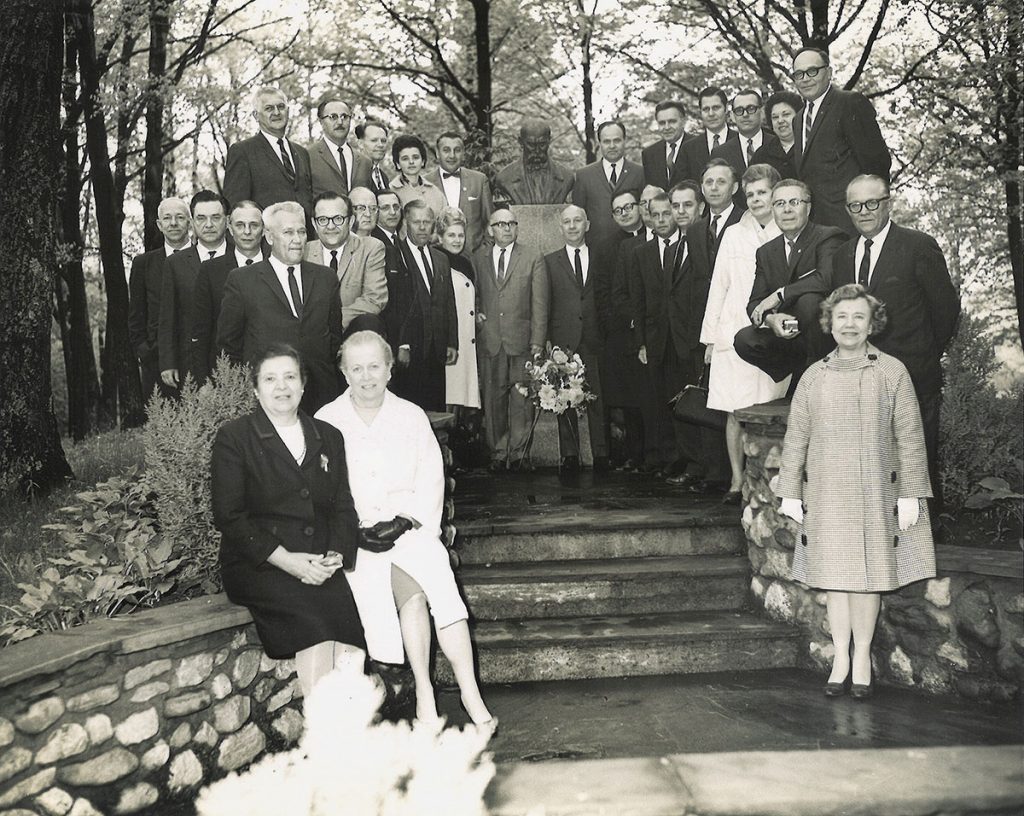 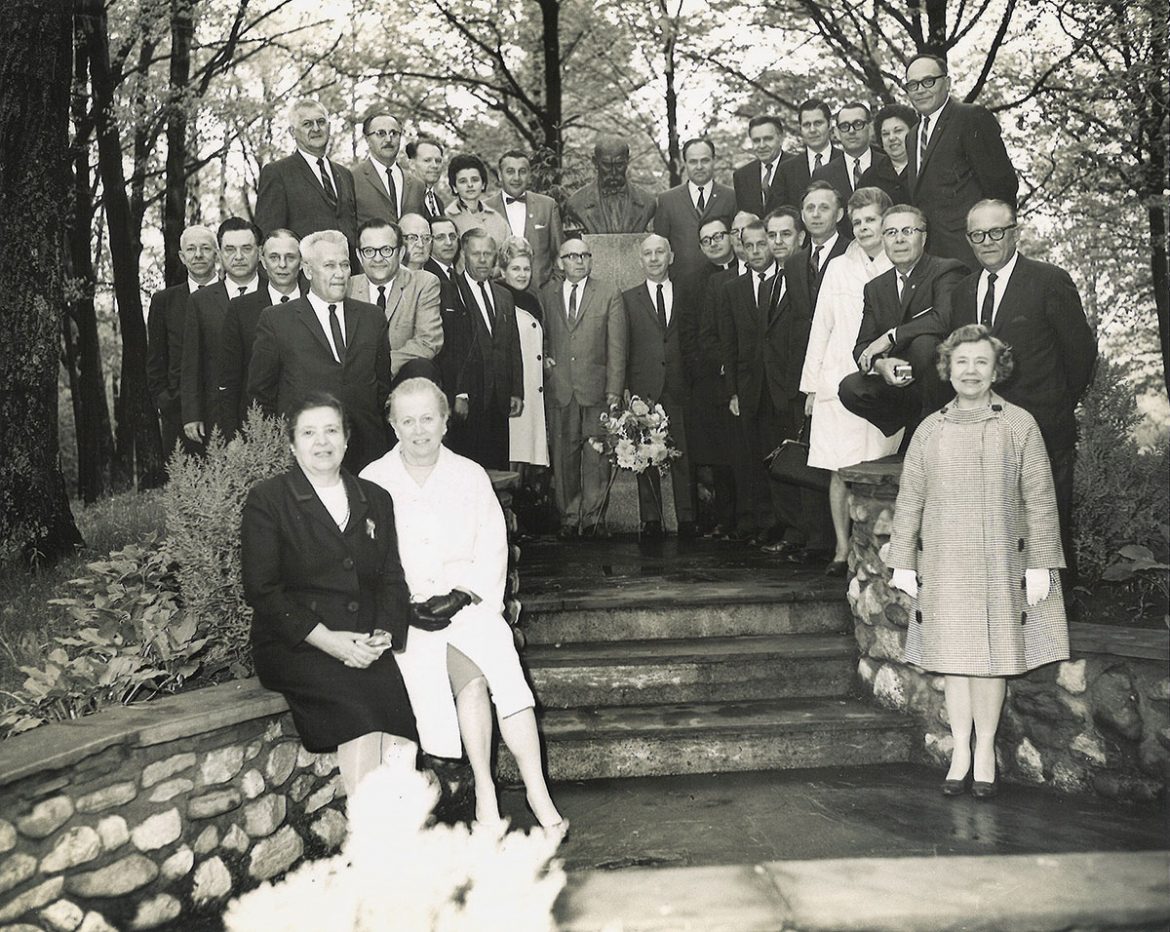 Seen on the right are participants of the 1969 annual meeting of the Ukrainian National Association’s Supreme Assembly which was held at Soyuzivka on May 26-30. Standing immediately in front of the bust of Taras Shevchenko are Supreme President Joseph Lesawyer (right) and the noted writer Ulas Samchuk. Also in the group are UNA Executive Committee members: Supreme Vice-President Stephen Kuropas, Supreme Vice-Presidentess Mary Dushnyck, Supreme Vice-President for Canada Bohdan Zorych, Supreme Vice-President and Recording Secretary Walter Sochan, Supreme Secretary Dr. Jaroslaw Padoch and Supreme Treasurer Peter Pucilo. Among the recommendations adopted by the Supreme Assembly were: the establishment of a permanent foundation of the UNA with initial capital of $500,000, the interest from which could be utilized annually for the encouragement and support of Ukrainian cultural and scholarly endeavors. The UNA Executive Committee was charged with preparing a detailed plan for the foundation for presentation to the UNA Convention in 1970.