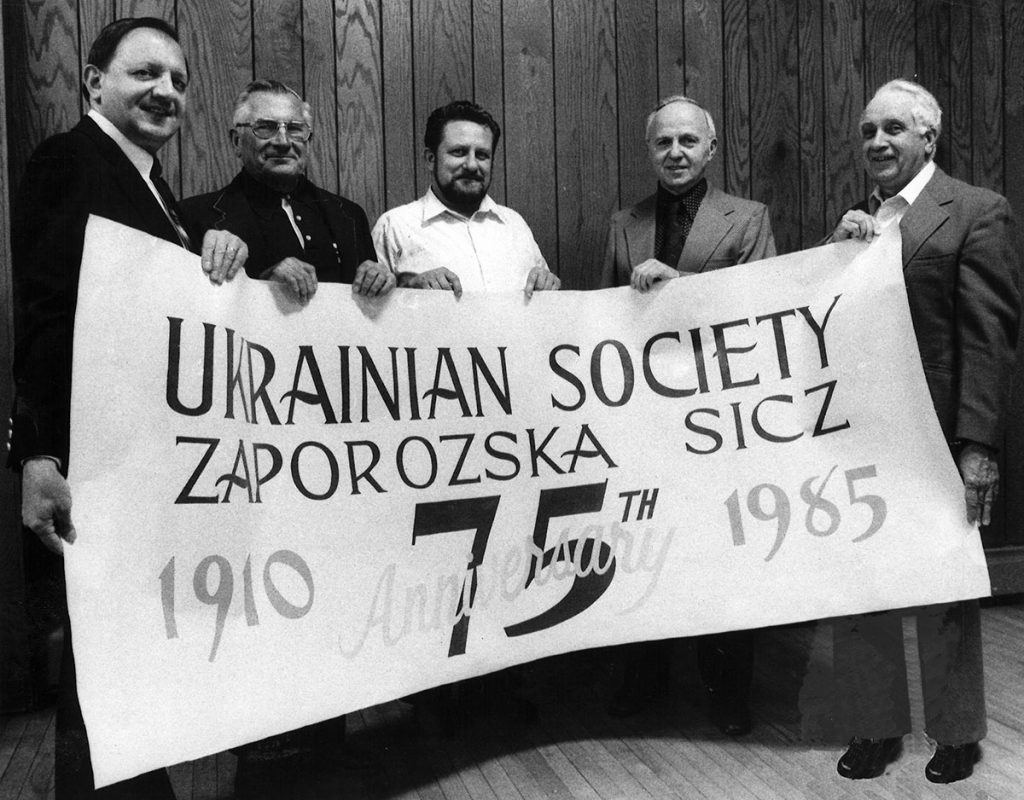 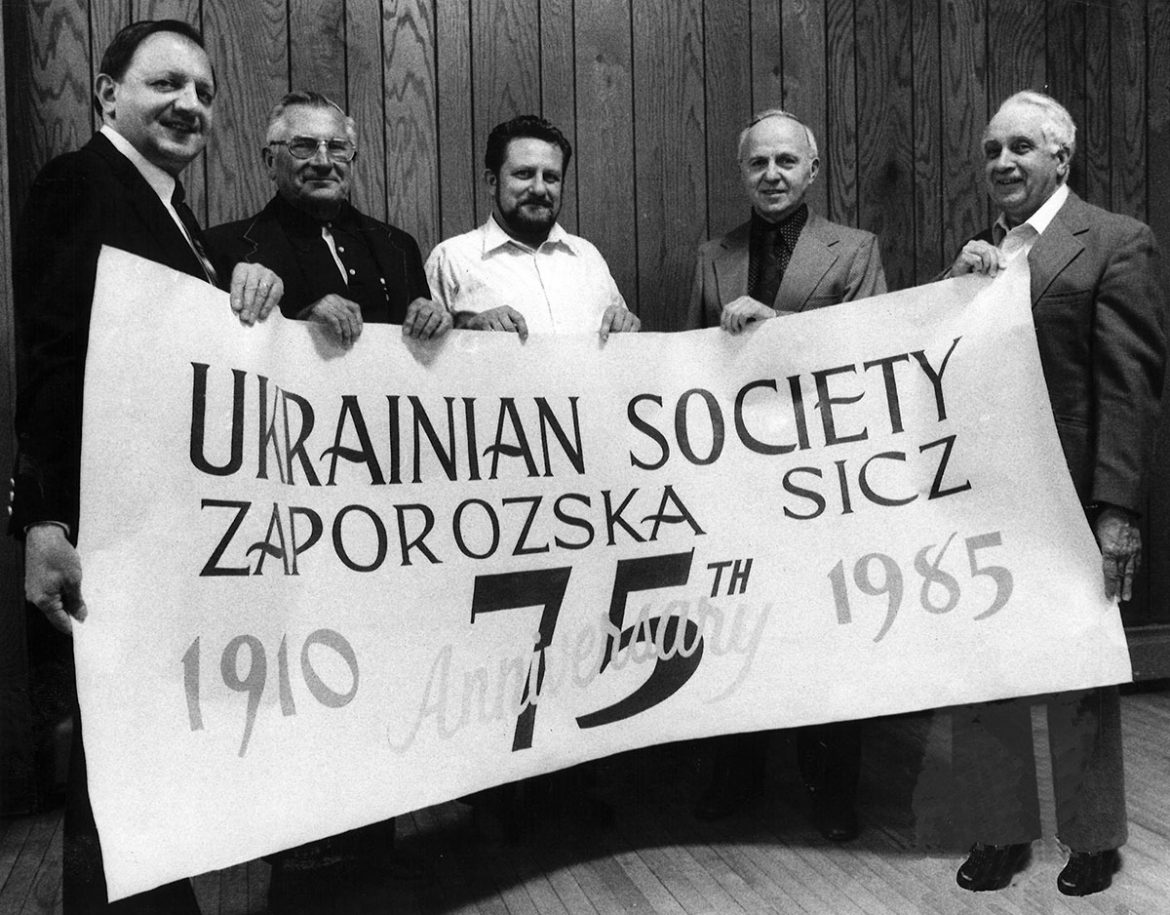 In 1985, Ukrainian National Association Branch 206, the Zaporozska Sicz Society, of Woonsocket, R.I., celebrated its 75th anniversary. Seen above (from left) with the branch’s anniversary banner are Russell Hreczuk, Alexander Kokolski, Peter Kindeforski, Dmytro Sarachmon and Leon Hardink. The jubilee was marked on May 18, 1985, with a social hour, banquet and dance at the Embassy Club in Woonsocket that was attended by more than 250 members and friends. Mayor Gaston Ayotte of Woonsocket expressed greetings to the members and guests, and read a proclamation declaring May 18 as “Ukrainian Day” in honor of the 75th anniversary of UNA Branch 206. The Rev. Myron Oryhon of St. Michael Ukrainian Orthodox Church gave a brief history of the Woonsocket branch, saying: “The Ukrainian immigrants who came to Woonsocket found a new commitment and inspiration which led them to continue to carry God’s love to all in the Ukrainian community.” The main speaker at the event was UNA Supreme President John O. Flis, who traced the history of the UNA, which began with the formation of self-aid associations in the coal mining regions of Pennsylvania. These associations became the nucleus of a national fraternal organization today known as the Ukrainian National Association. Mr. Flis also presented special awards for outstanding work to Mr. Hardink, Branch 206 secretary, and Dmytro Sarachmon, Branch 206 president.