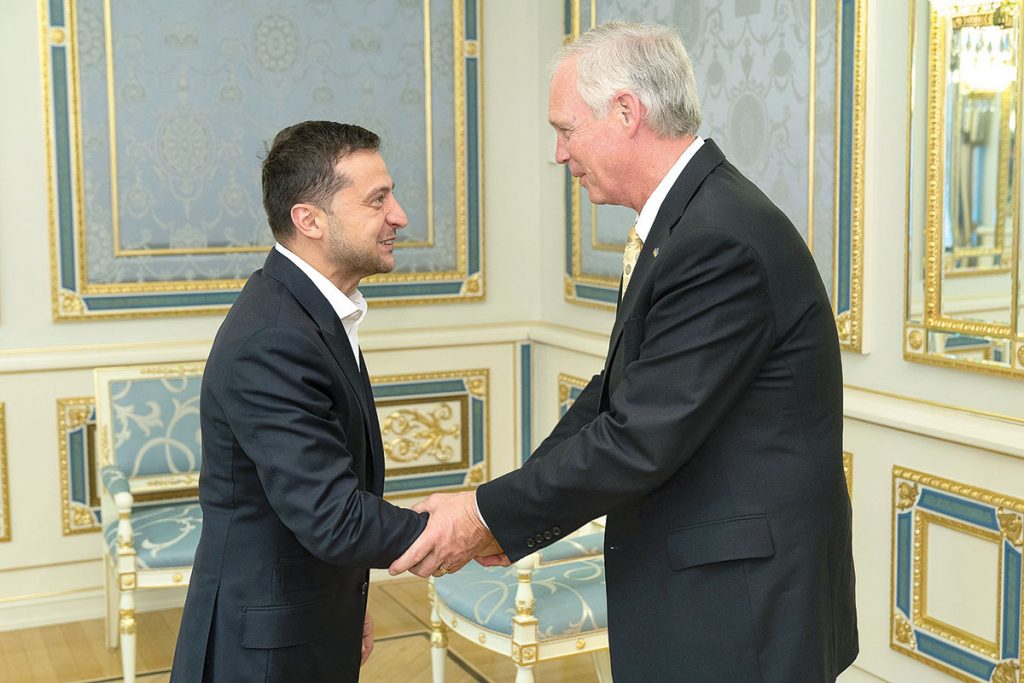 Ukrainian President Volodymyr Zelenskyy had a meeting with U.S. Sens. Chris Murphy (D-Conn.) and Ron Johnson (R-Wis.) in Kyiv on September 5, during which both lawmakers expressed support for the former Soviet state’s continued progress.

“I want to thank our strategic partner – the United States – for the continued support for the sovereignty and territorial integrity of Ukraine,” Mr. Zelenskyy said in a statement on the presidential website.

Both senators are members of the Congressional Ukraine Caucus whose mission is “to strengthen the political, military, economic and cultural relationship between the United States and Ukraine.”

Sen. Murphy said on social media that he “left [Kyiv] more optimistic about Ukraine’s future than ever before” and praised its “new young reformers,” including President Zelenskyy, as “for real.”

A week ago, President Donald Trump reportedly delayed the transfer of $250 million worth of U.S. military aid to Ukraine.

On September 5 in Kyiv, the parties discussed the United States’ “consistent policy of sanctions against Russia,” the statement on the presidential website noted. In particular, they discussed Russia’s moves to grant citizenship to residents of eastern Ukraine, where an armed conflict with Russia-backed militants has killed some 14,000 people since 2014.

Cooperation in energy security, including the diversification of energy supplies and their delivery from the United States, was discussed.

Earlier this month, Poland, the United States and Ukraine signed a trilateral memorandum on the supply of American liquefied natural gas (LNG).

President Zelenskyy also thanked the U.S. lawmakers for their opposition to Russia’s Nord Stream 2 pipeline project, which will bypass Ukraine’s gas transit network once it goes online next year.

Ukraine’s recent administrations have made eventual membership in the trans-Atlantic military alliance a priority.

The senators are part of a congressional delegation that also visited Kosovo and Serbia. Russia was part of the original itinerary, but Sens. Johnson and Murphy were barred from entering that country.