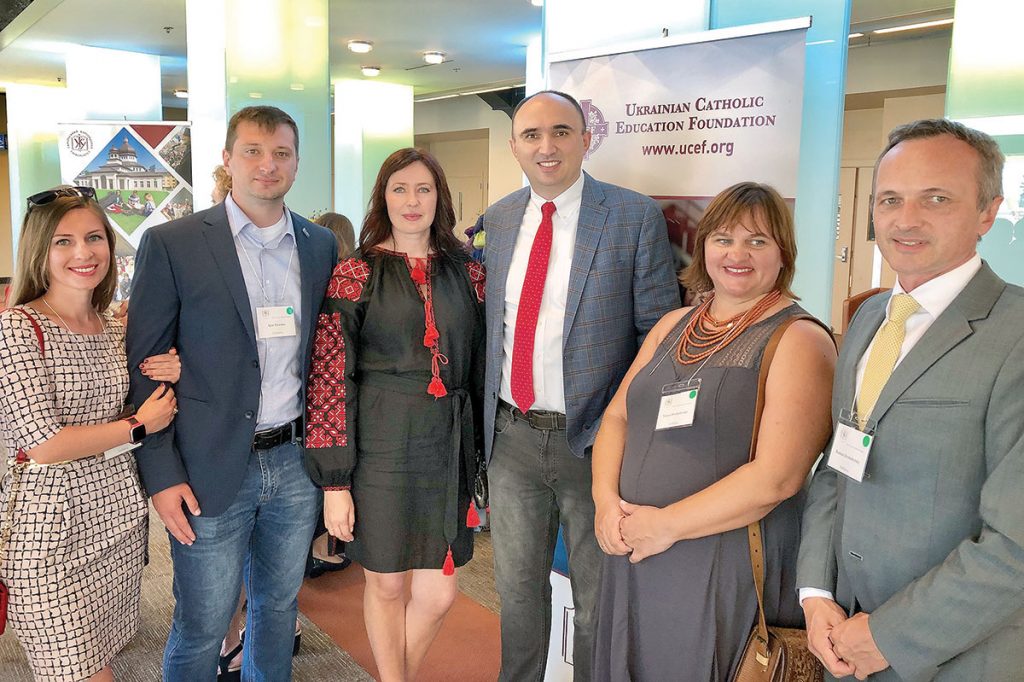 SAN FRANCISCO – For the third straight year, friends of the Ukrainian Catholic University (UCU) gathered in San Francisco in fellowship at a festive banquet to raise funds to benefit the university. IT leader SoftServe Inc. was the principal corporate sponsor. Along with longstanding supporters, new guests were welcomed to the July 28 event, including IT innovation stars in Silicon Valley, and representatives from academia and finance.

The event on the beautiful campus of the University of San Francisco near Golden Gate Park began with a cocktail reception followed by an elegant dinner program during which guests viewed a film highlighting UCU’s achievements and goals before hearing from keynote speaker John Hewko, secretary general of Rotary International, who recounted his experience working in Ukraine in the heady days following independence.

SoftServe Vice-President Volodymyr Shram gave guests an overview of the exciting work being done by his company in developing IT solutions for a wide range of clients, and providing dynamic career opportunities and serving as a bridge between Ukraine and the U.S. SoftServe also generously hosted two tables of guests at the banquet.

Acclaimed singer Anytchka, who hails from Lviv, inspired all with her beautiful music, starting with a powerful scene setter video with song, and then had everyone singing along to a lively medley of favorite Ukrainian folk songs.

The banquet raised over $57,000, with an additional $50,000 from an anonymous San Francisco benefactor donated in the months prior to the banquet. The SF Friends of UCU Committee and the Ukrainian Catholic Education Foundation expressed heartfelt thanks to all supporters for their generosity, enthusiasm and strong commitment to the Ukrainian Catholic University’s continued development and success.