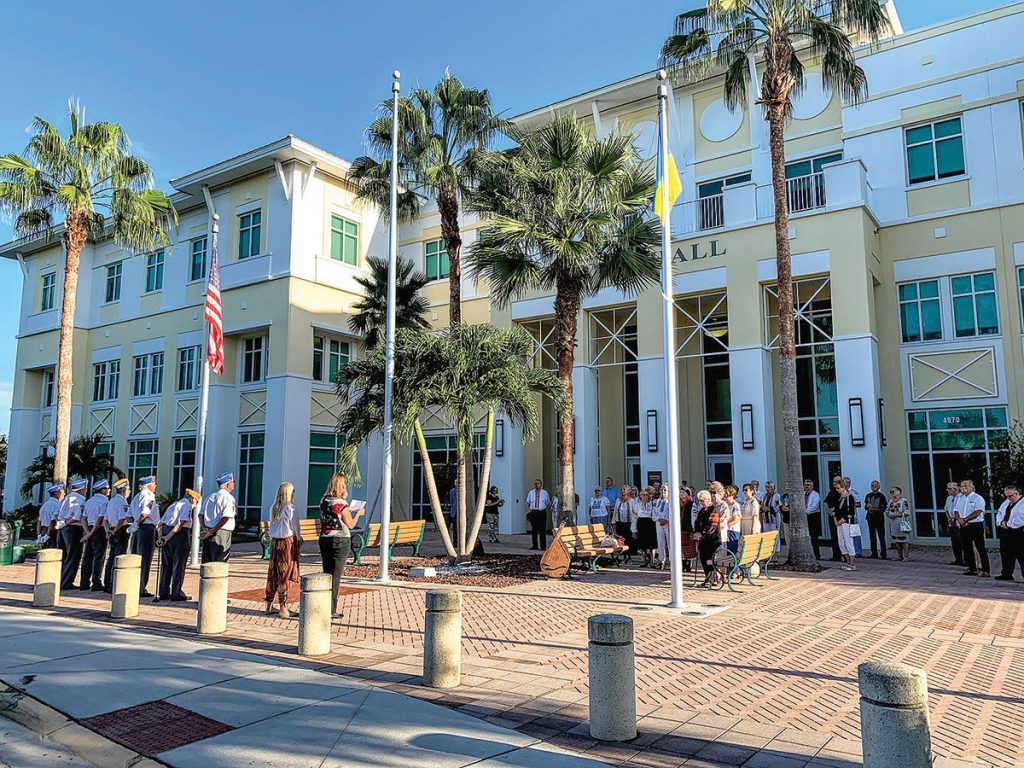 North Port Vice-Mayor Debbie Mc Dowell read the proclamation designating August 24 as Ukrainian Independence Day. She was accompanied by Commissioner Jill Luke, who wore a Ukrainian embroidered blouse. Lesia Popel, president of Branch 56 of the Ukrainian National Women’s League of America (UNWLA), thanked the commissioners of North Port for their support of the Ukrainian American community and invited all present to a brunch at St. Andrew’s Religious and Cultural Center (Oseredok).

The front lawn of Oseredok was decorated with small Ukrainian flags waving in the breeze, so one could not miss the entrance. Inside, guests were greeted by Daria Tomashosky, president of the Ukrainian American Club, and invited to a delicious brunch. The tables were decorated with sunflowers and Ukrainian flags in honor of Ukraine. Commissioners Mc Dowell and Luke attended and spoke briefly to the assembled guests.

Ms. Tomashosky thanked members of the United Ukrainian American Organizations of Southwest Florida for helping her in organizing a successful celebration of Ukrainian Independence Day.