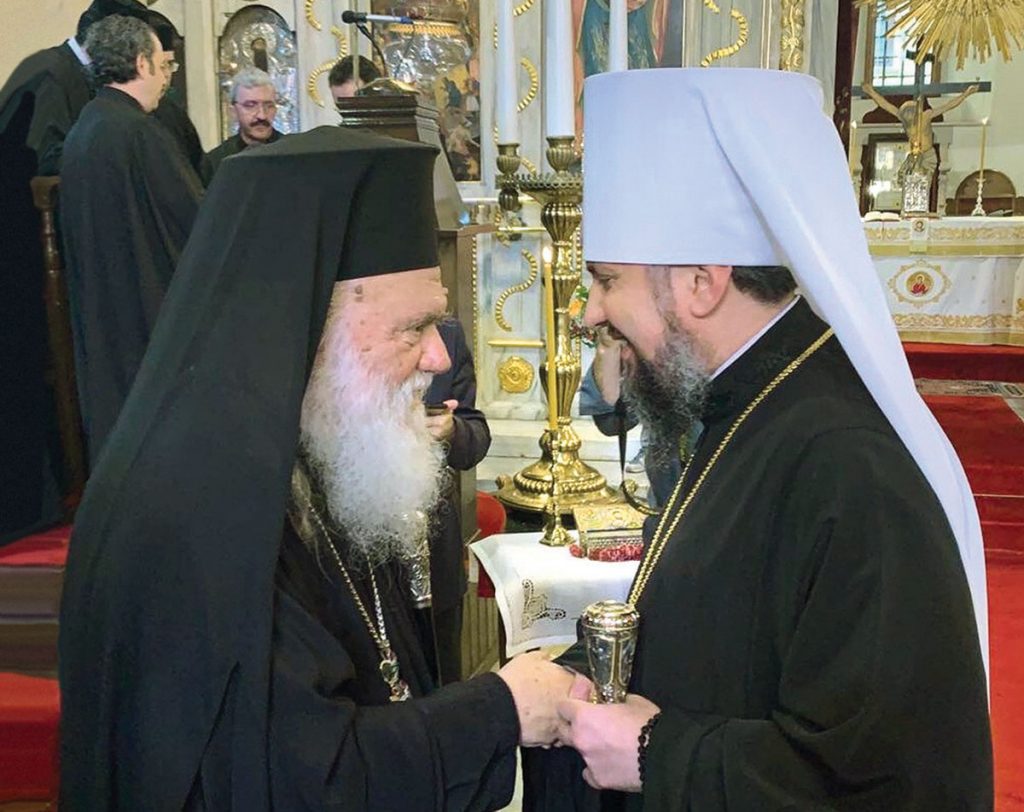 The Greek Orthodox Church has essentially recognized the Orthodox Church of Ukraine (OCU), which in January was granted autocephaly, or independence, from Moscow by Ecumenical Patriarch Bartholomew in a move that angered Russia and caused what some termed the greatest Christian schism since 1054.
On October 12, the Council of Hierarchs of the Greek Orthodox Church convening in Athens adopted a proposal of its primate, Archbishop of Athens and All Greece Ieronymos II, to ratify a previous decision of the Synod of this Church proclaiming “the canonical right of the Ecumenical Patriarchate to grant autocephaly, as well as the privilege of the primate of the Greek Church to further pursue the issue of the recognition of the Church of Ukraine.” According to a report by Ukrainian broadcaster TSN, 80 hierarchs of the Council voted in favor while seven asked to postpone the decision.