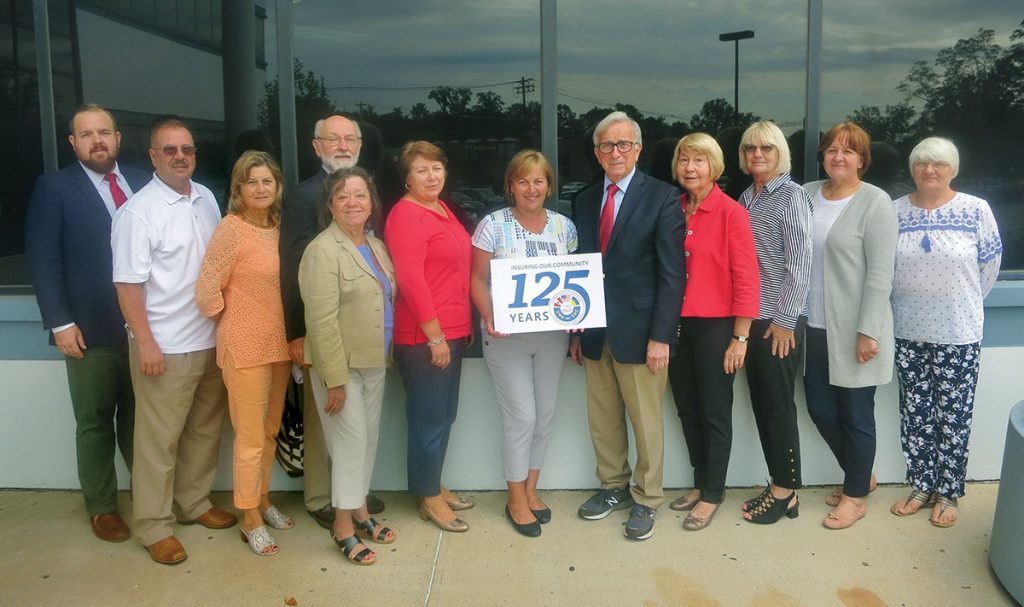 The meeting was led by District Chair Oksana Stanko, who is also an advisor on the UNA General Assembly. George Stanko was selected to record the minutes of the meeting. He also read the minutes from the district’s previous organizing meeting, held in November 2018.

In her report, Ms. Stanko reported on life insurance sales for the first eight months of this year, noting that 13 of the 22 new policies sold by UNA branch secretaries and organizers were attributed to the New Jersey District for a total face value of $170,319. Ms. Stanko thanked all secretaries and organizers for their efforts to enroll new members.

Ms. Stanko also reported that, as a result of a suggestion made at last year’s meeting to reach out to all members of the UNA, letters were sent from the Home Office during the Christmas and New Year season to all active and paid up members. This had the added benefit of giving the Home Office an opportunity to update members’ addresses in its database as address corrections came back to the office in Parsippany.

Finally, Ms. Stanko reported that the UNA continues to be a visible presence at tri-state area festivals. To date, representatives manned tables in South Bound Brook, N.J., during the St. Thomas Sunday observances (May 4-5); the Ukrainian Cultural Festival at Soyuzivka Heritage Center on July 13; Tryzubivka in Horsham, Pa., on August 25; Stamford, Conn., on September 8; and Passaic, N.J., on September 15.

Ms. Lisovich reported on financial highlights from the second quarter of 2019, pointing out that the UNA is continuing to experience net profit trending above 2018 on an annualized basis. Total net admitted assets as of June 30 were $176,078,000, and the total surplus was $11,412,000. She also noted that the rate increases for annuity products approved at the end of the first quarter have not yet been reflected in annuity sales and that an agent recruitment plan is being implemented.

Mr. Symczyk reported that at the most recent UNA Executive Committee meeting a goal was set to merge inactive branches or branches without secretaries with other more active branches. Work on this is in progress, and further discussions and decisions will be made at the UNA General Assembly meeting in November. Official notifications will appear in both Svoboda and The Ukrainian Weekly.

The discussion then turned to the UNA’s upcoming 125th anniversary concert to be held on November 2 at Dolan Hall, College of St. Elizabeth, in Morristown, N.J. Ticket sales are going very well. The district decided to raffle off two free tickets each at the annual Ukrainian Festival in Whippany, N.J., and at Holy Ascension Ukrainian Orthodox Cathedral’s festival in Clifton on September 22. The district also plans to participate in the post-concert reception to be held for the concert’s performers at the Ukrainian American Cultural Center of New Jersey in Whippany.