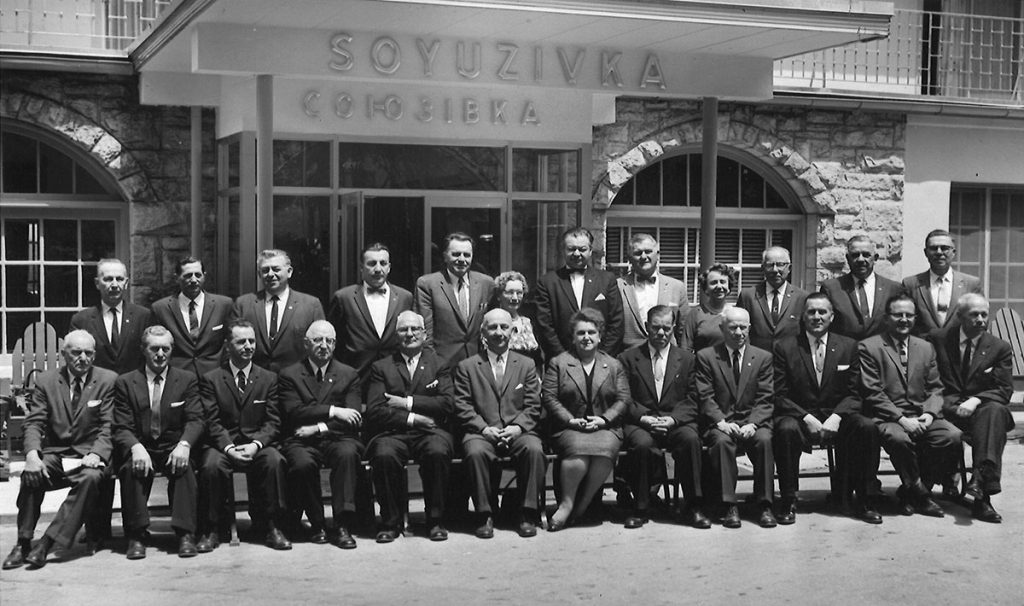 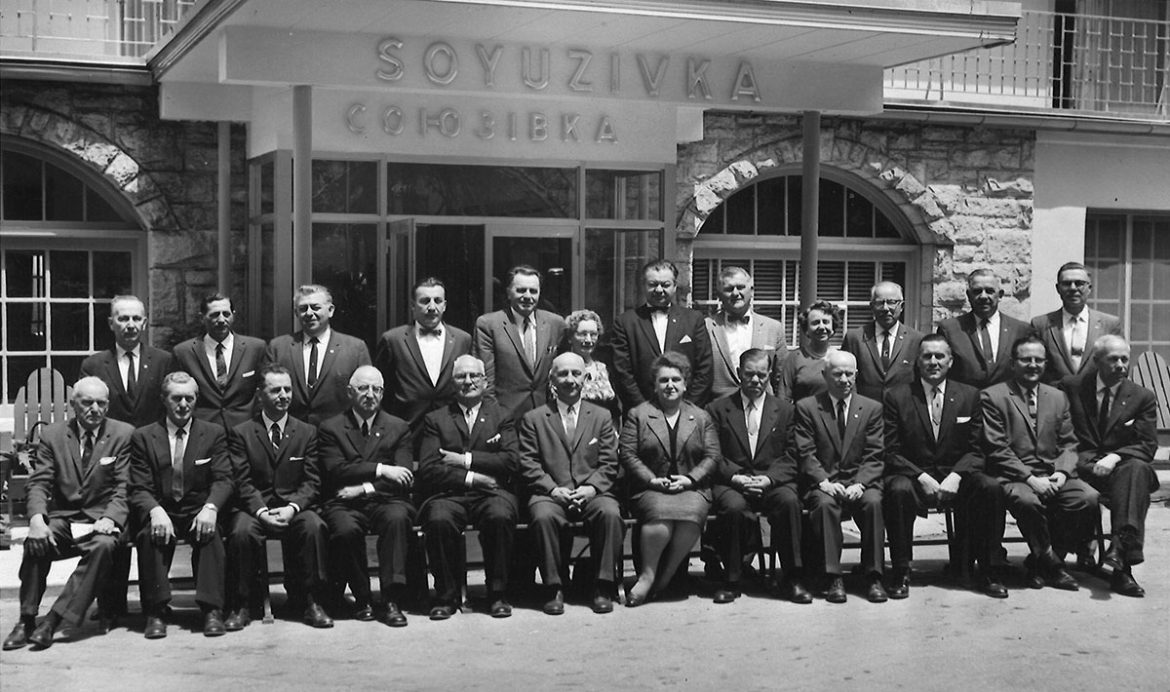 The photo above was taken at the 1961 annual meeting of the Ukrainian National Association’s Supreme Assembly, which was held at Soyuzivka on May 22-26. It is a historic photo because at the annual meeting Joseph Lesawyer was elected supreme president to succeed Dmytro Halychyn, who had died of head injuries following a serious accident on March 26, 1961. Supreme Vice-President Lesawyer had been acting president of the UNA since Mr. Halychyn’s death and now he was unanimously elected to serve the remainder of his term. Since the VP post was no longer held by Mr. Lesawyer, Stephen Kuropas, who was secretary of the Supreme Auditing Committee, was unanimously elected vice-president. Supreme Advisor John Kokolski was unanimously elected to fill Mr. Kuropas’s position as auditor. No one was chosen to replace Mr. Kokolski because of the close proximity of the next Convention, which was scheduled for May 1962. In his acceptance speech, the new supreme president recalled a memory from his youth: “Whenever my father’s friends got together I would hear discussions about Soyuz. UNA., or Ukrainian National Association, were terms that were awe-inspired in those days. They represented that colossus that stood astride every important Ukrainian community in America and like a shining light beckoned all of our people to a better way of life. To become Supreme President of that mighty organization could not even be a dream – it was that remote and far away. Yet it happened today. It couldn’t have been possible anywhere except in miracle countries such as the United States or Canada…”  At the time of the 1961 annual meeting, the 67-year-old UNA had more than 79,000 members.