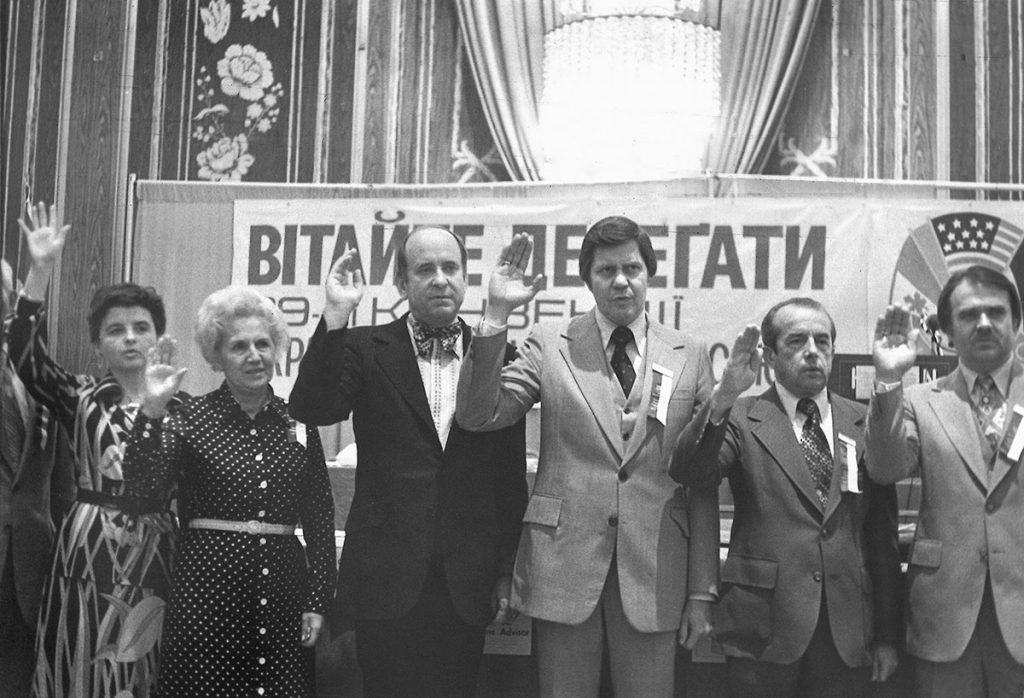 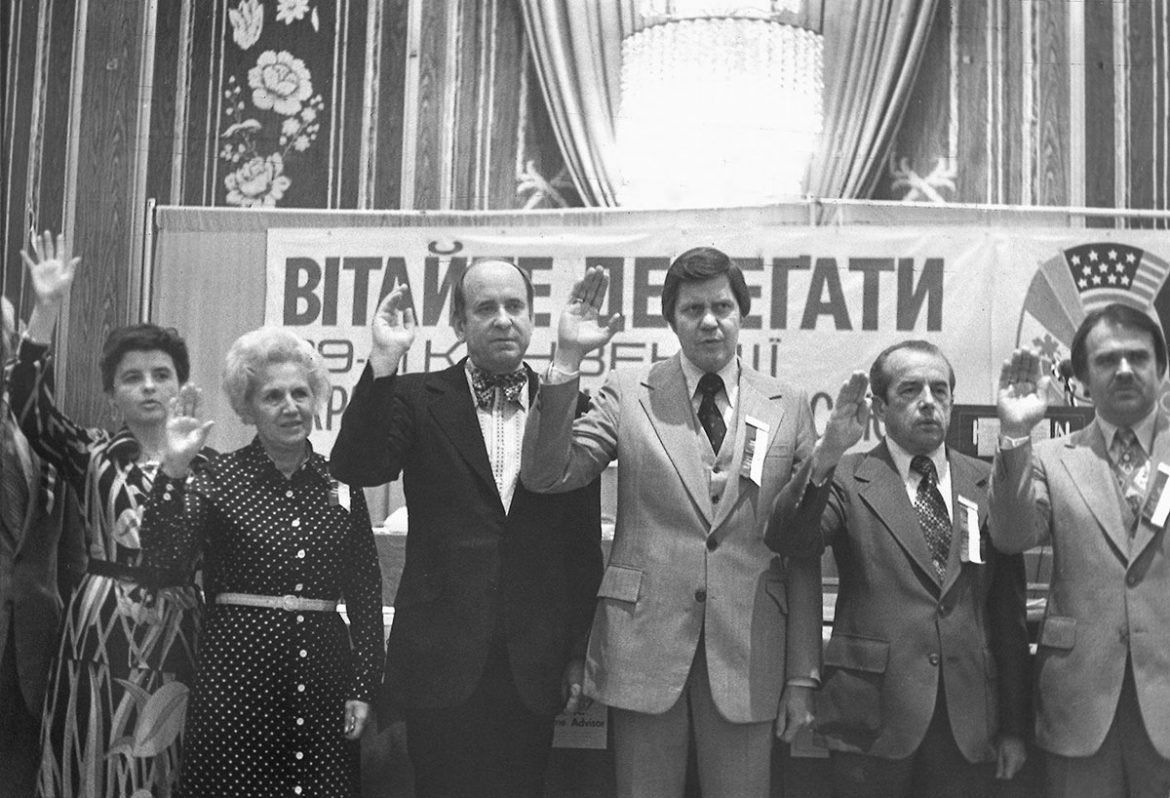 The photo above is from the 29th Regular Convention of the Ukrainian National Association, which took place in Pittsburgh on May 22-27, 1978. Taking the oath of office (from left) are: Supreme Treasurer Ulana Diachuk, Supreme Vice-President Mary Dushnyck, Supreme President John O. Flis, Supreme Vice-President Myron B. Kuropas and Supreme Secretary Walter Sochan, who were elected to the Supreme Executive Committee; as well as Supreme Auditor Bohdan Futey. Also elected to the Supreme Executive Committee were Supreme Director for Canada Paul Yuzyk (a Canadian senator) and Supreme Organizer Wasyl Orichowsky. Presiding over the swearing-in ceremony were Honorary Members of the Supreme Assembly Roman Slobodian and Stephen Kuropas. The voting at the Pittsburgh convention was notable for the fact that this was the first time voting machines were used. The convention was attended by 406 delegates and 26 members of the Supreme Assembly. Some 600 people attended the convention banquet, at which the keynote speaker was Richard T. Davies, U.S. ambassador to Poland, who began his address by reading personal greetings to the convention from President Jimmy Carter. Also addressing the banquet was Anthony Dragan, Svoboda editor-in-chief, who spoke about the 85th anniversary of Svoboda, the 45th anniversary of The Ukrainian Weekly and the 25th anniversary of the children’s magazine Veselka. Among others who addressed convention delegates were Sen. Bob Dole (R-Kansas) and R. Spencer Oliver, staff director of the Congressional Commission on Security and Cooperation in Europe.