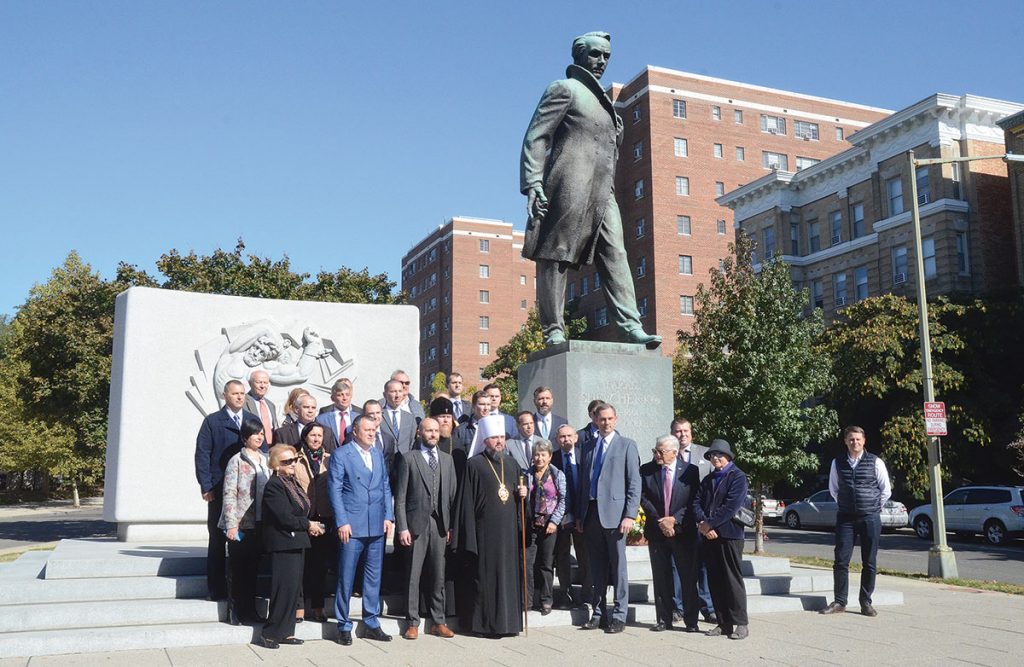 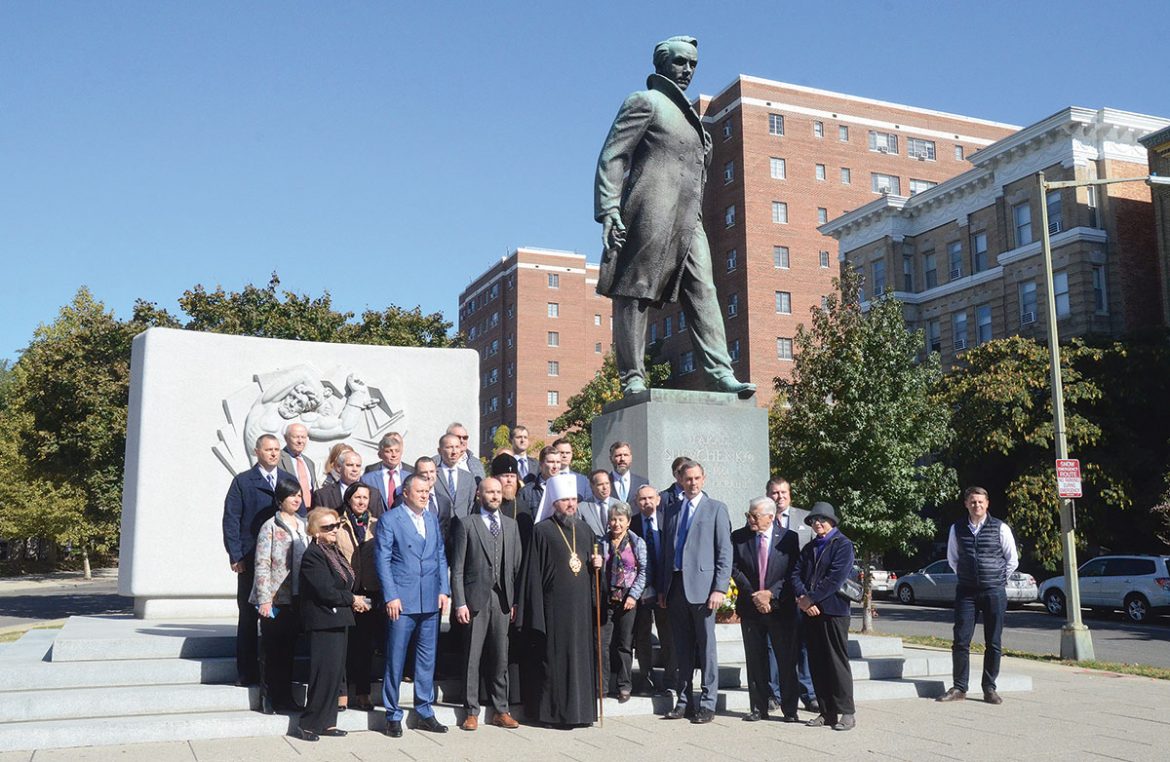 WASHINGTON – Metropolitan Epifaniy of the Orthodox Church of Ukraine concluded his visit to the United States, which began a few days earlier in New York City and South Bound, N.J., with a visit to the Taras Shevchenko monument on October 24 in Washington, where he spent three days meeting with U.S. Secretary of State Michael Pompeo, members of Congress, the Ukrainian American community and its leaders, as well as visiting St. Andrew Ukrainian Orthodox Cathedral in Silver Spring, Md. On October 23, the OCU primate was at the Holodomor memorial in Washington and officiated at a panakhyda service. 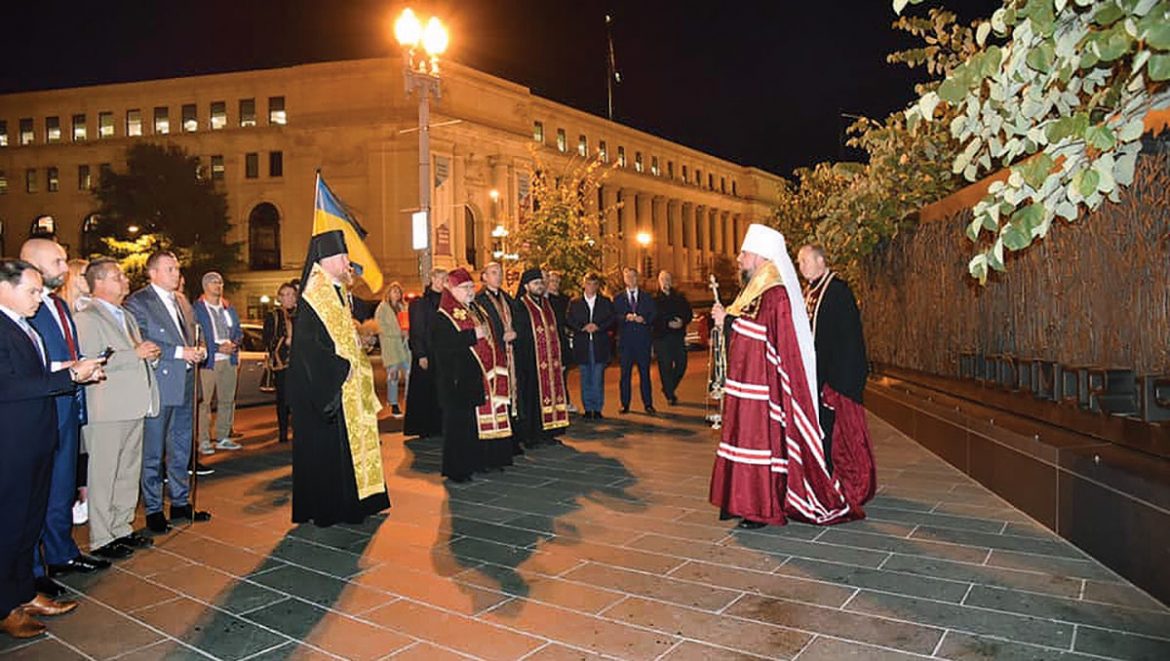